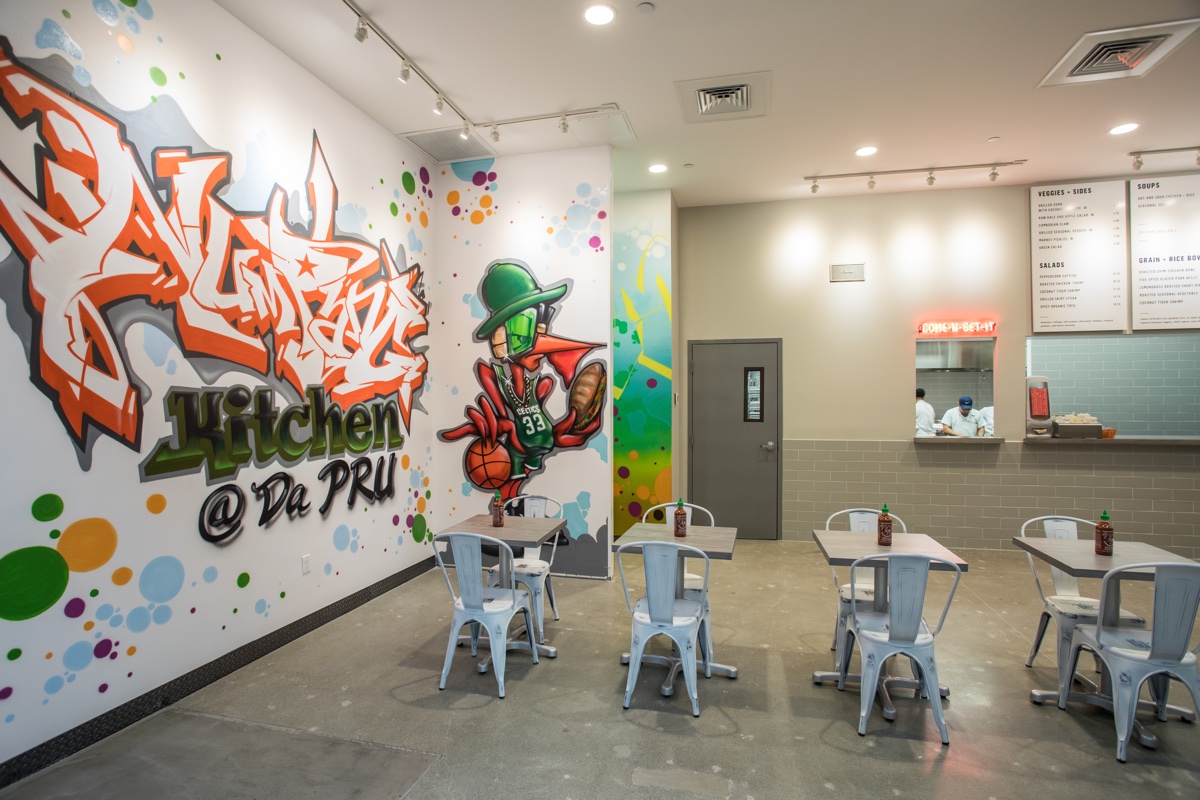 Have you ever had a traditional Cambodian num pang? Boston gets a taste of this Southeast Asian sandwich with the latest fast-casual import touching down this week. Num Pang Kitchen opens inside the Prudential Center food court on Wednesday, May 10.

The New York City-born brand introduces itself to Boston with a locally exclusive num pang, with crispy pork belly and lobster. Similar to a Vietnamese banh mi, num pang packs crunchy cucumber, pickled carrots, cilantro, and a slick of mayo onto a baguette—the “lob-stah” special has a Thai chili mayo and a green apple slaw. 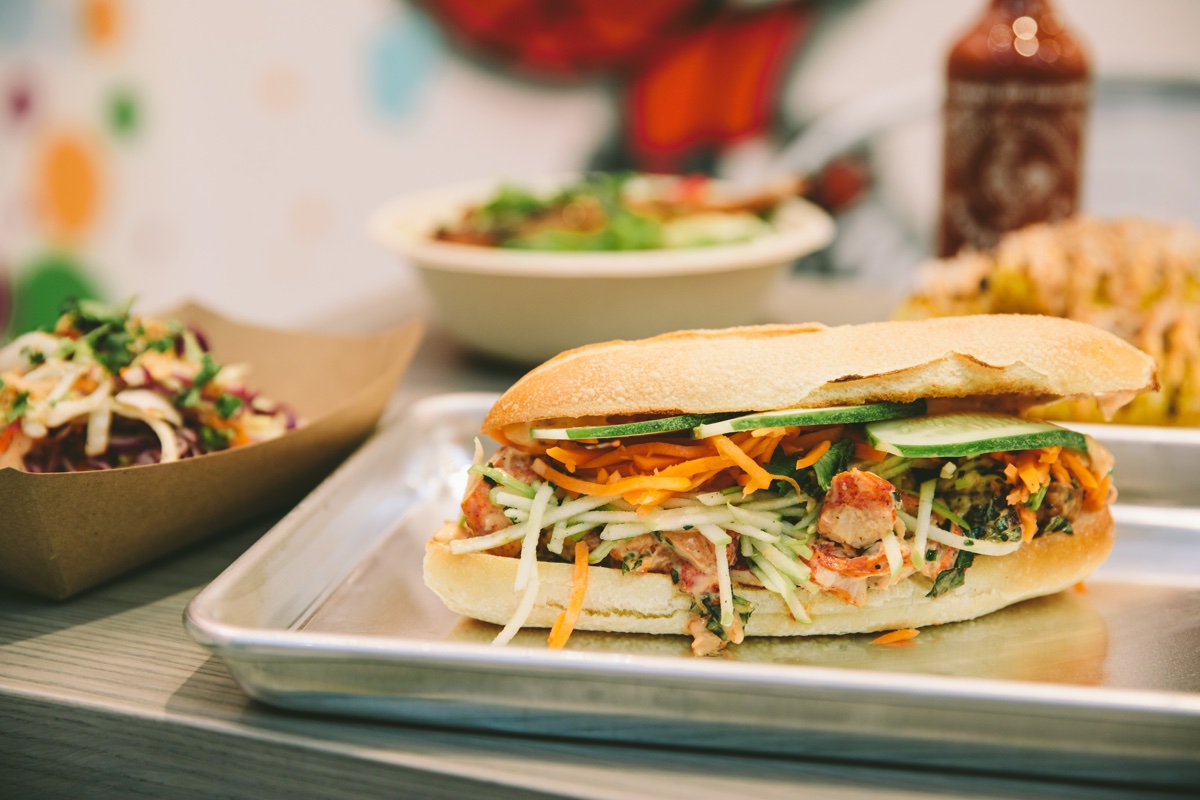 The crispy pork belly and lobster num pang is available only in Boston. / Photo by Brian Samuels provided

Culinary director Ben Daitz cofounded Num Pang with partner Ratha Chaupoly in 2009, after their own careers in the restaurant world. Chaupoly was helming his own restaurant based on the cuisine of his native Cambodia, and Daitz had staged at fine-dining spots like Bouley, Daniel, and Le Cirque, and worked at Danny Meyer’s now-shuttered Indian-spiced Tabla.

The duo, who met at Clark University in Worcester, noticed the success of the casual sandwich and filled a niche with the hip hop-inflected Num Pang. Now, they have seven shops in New York, and have earned national attention from the likes of Zagat, New York Magazine, and QSR magazine. Last year, Daitz and Chaupoly published a Num Pang cookbook with Houghton Mifflin, 100 Recipes to Revolutionize Your Dinner from New York’s Favorite Sandwich Shop. The Boston location has been in the works since last summer. 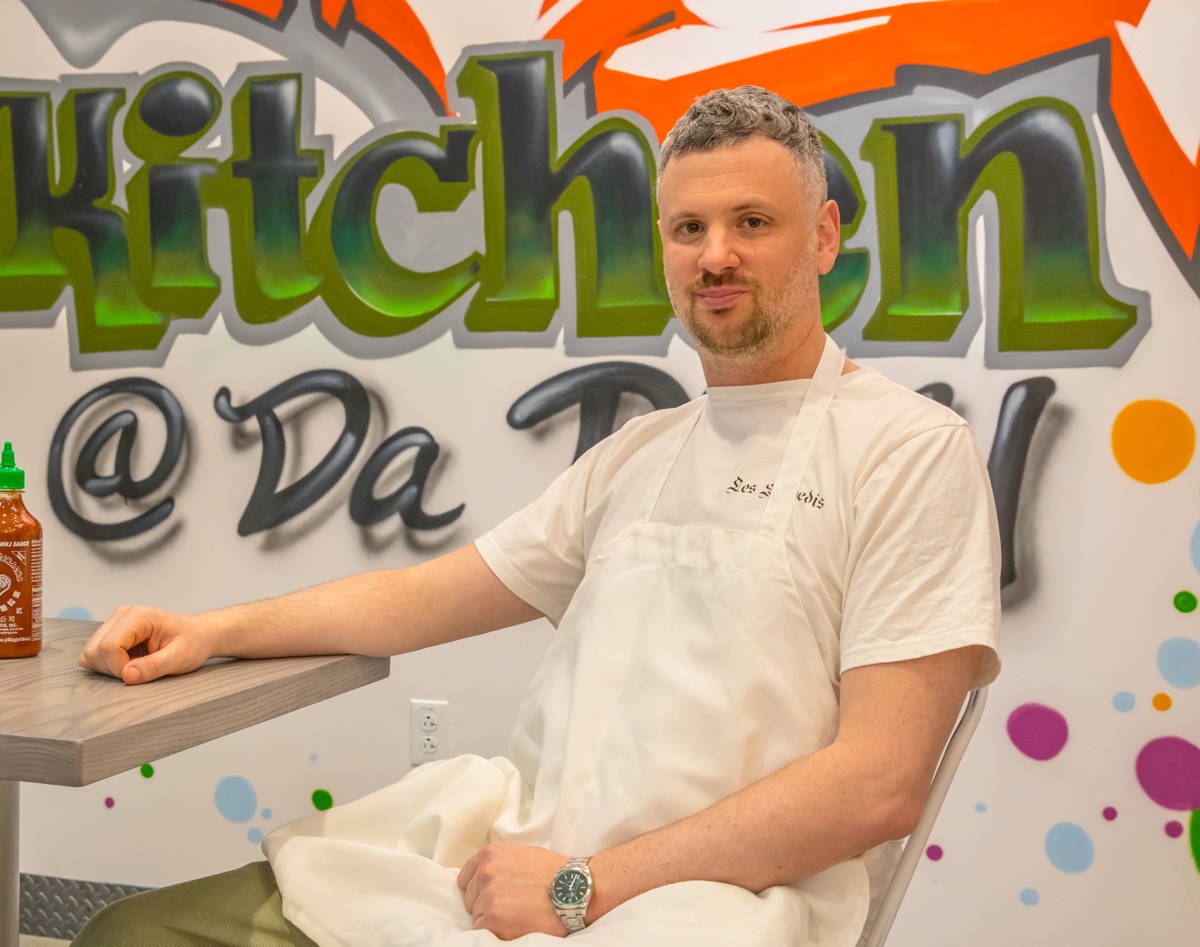 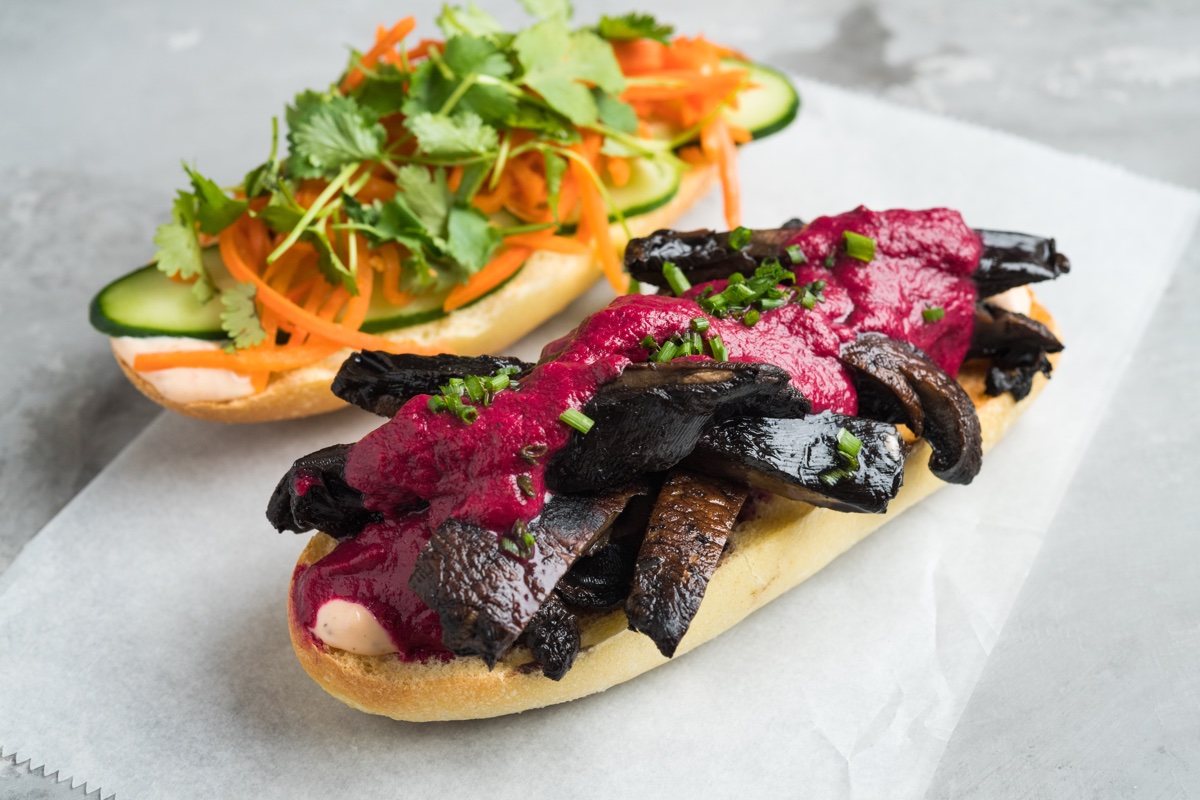 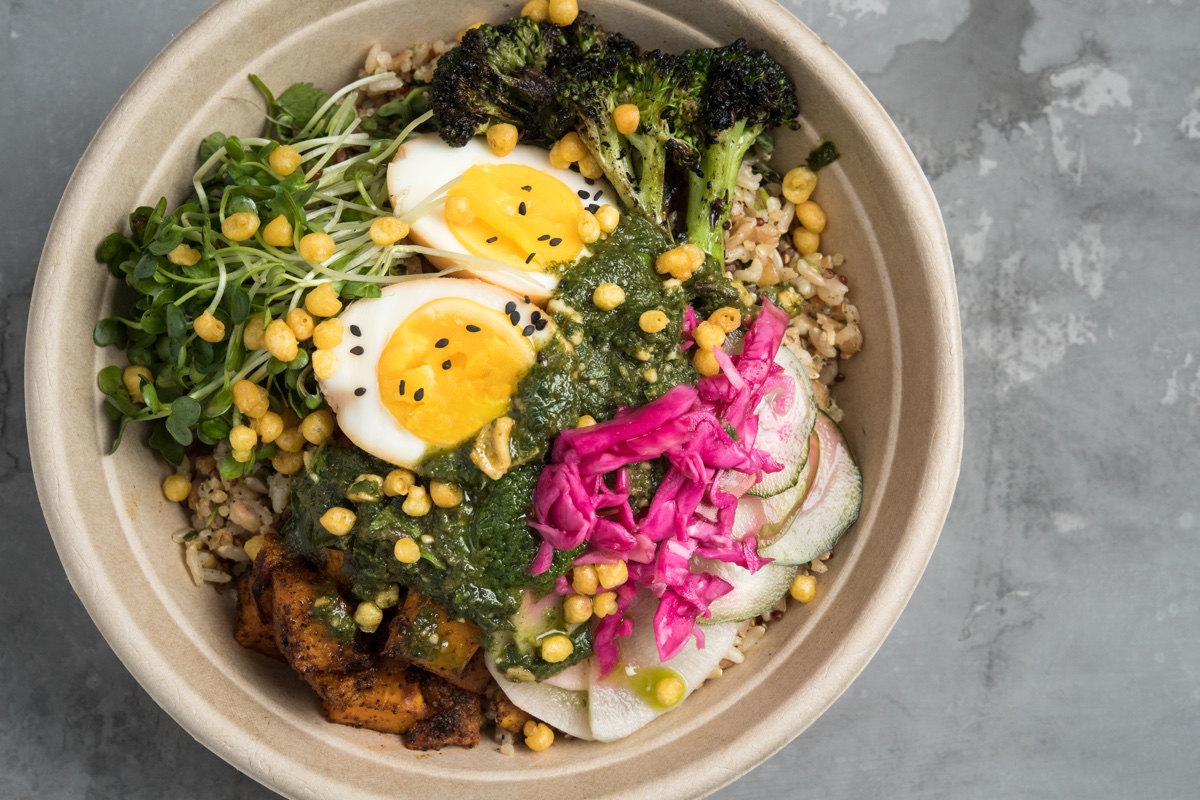 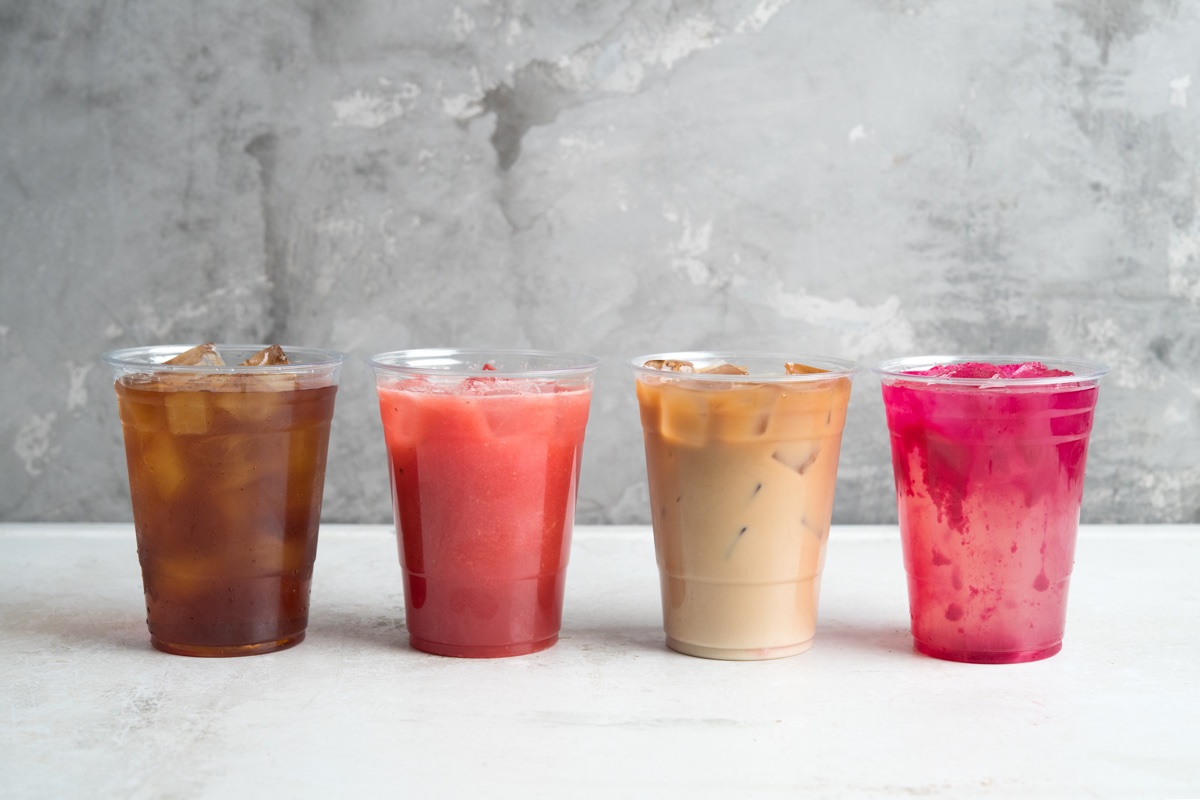