The inaugural Down East Lobster Roll and Boston Pizza festivals land on the same July weekend. 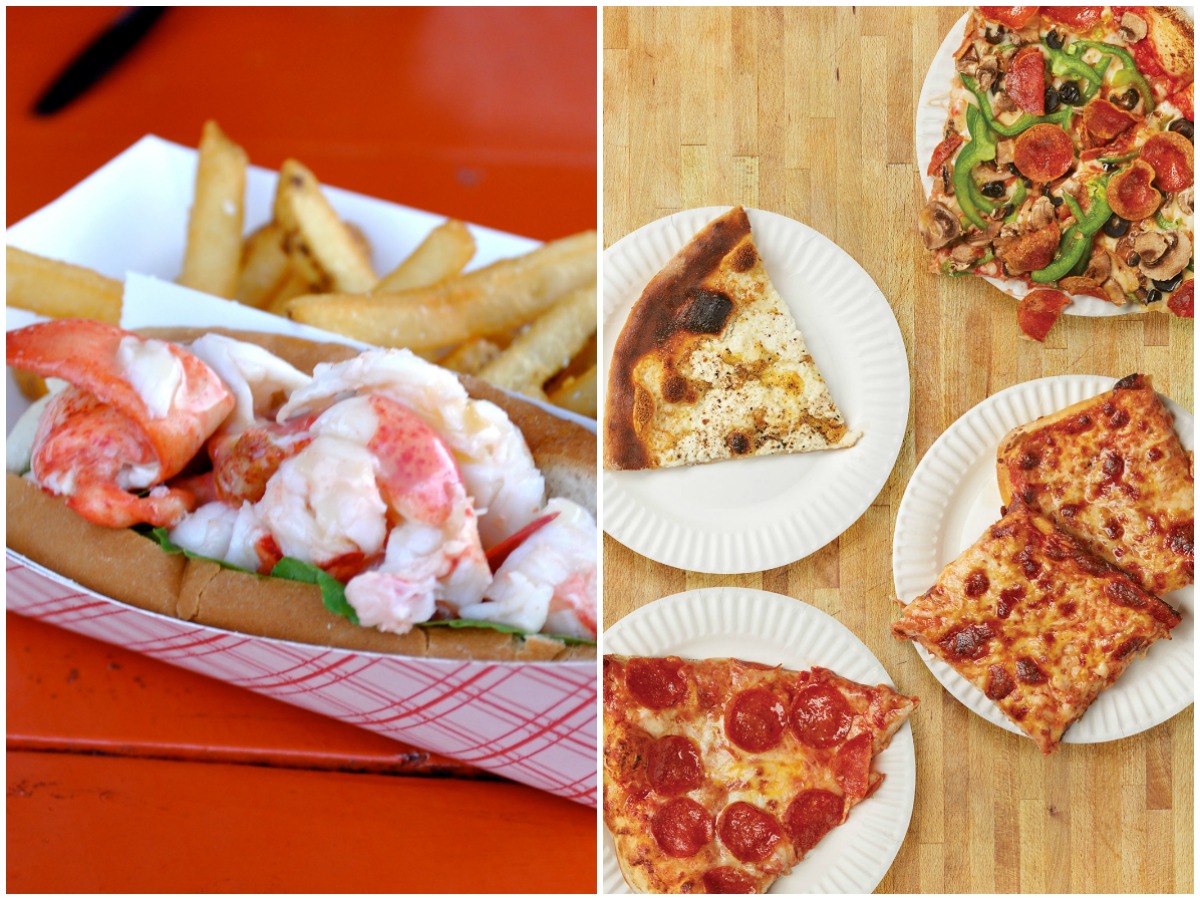 Portland Lobster Co. lobster roll by Kimberly Vardeman on Flickr / Creative Commons / North End Pizza photo by PHOTOGRAPH BY NINA GALLANT for “Which North End Pizzas Are Worth the Dough?”

As far as iconic New England cuisines go, you can do much worse than Maine lobster rolls and North End pizza. This summer, those beloved foodstuffs are getting their days in the sun with two inaugural celebrations. On July 8, the first-ever Down East Lobster Roll Festival heads to Thompson’s Point in Portland. That same weekend, a two-day pizza party takes over City Hall Plaza with the inaugural Boston Pizza Festival.

A dozen chefs from Maine and beyond will compete for the title of World’s Best Lobster Roll, and Thompson’s Point will also host live music, Allagash beer, activities for kids, Maine-made vendors, and more fun. General admission gets you in the gates, while the food and beverage is a la carte. Spring for a VIP ticket for all-you-can-eat lobster rolls, and a seat at the judges’ table.

The Boston Pizza Fest, created by Salem Street son Giancarlo Natale and Raffaele Scalzi, owner of Casa Mia Cucina Italiana in Marblehead, will bring 30 Marra Forni ovens to Government Center. The event “[has] the credentials to be one of the most recognized pizza festivals outside of Naples,” Natale said. He has signed on the Italian Associazione Verace Pizza Napoletana as a partner; that body judges the authenticity of crispy, chewy, cheesy, and perfect Neapolitan-style pies. The event, which continues on Sunday, will also have live music, beer and wine, kids’ activities, and more.

If given the choice, would you want a cold, fresh lobster roll, or a piping hot slice of pie? In July, with just a short road trip on I-95, you don’t have to choose.