Co-creator Brandon Baltzley has left his position at Café ArtScience. 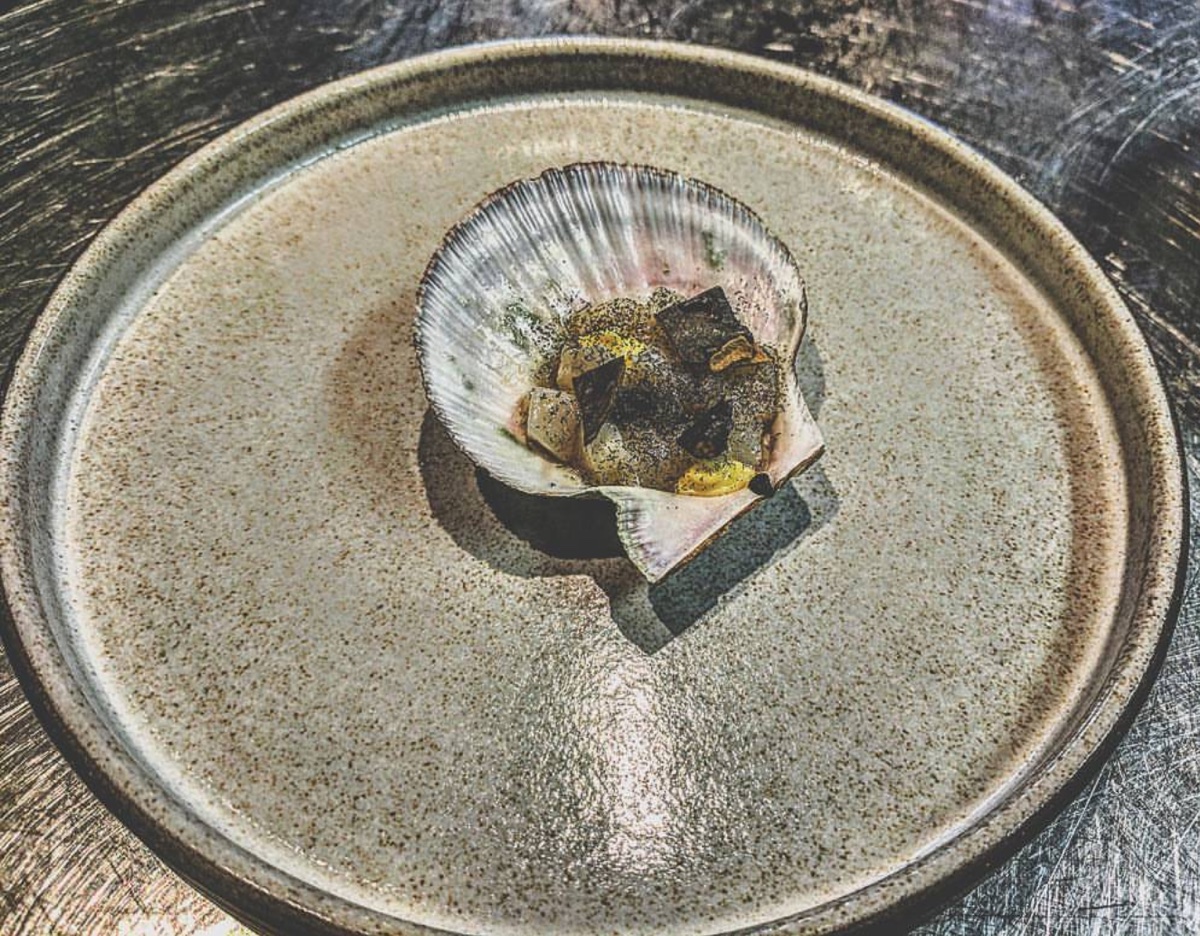 As nettles, fiddleheads, and other native species rise up this spring, the Buffalo Jump also awakens from hibernation. The dinner series by chefs Brandon Baltzley and Laura Higgins-Baltzley returns to Falmouth for the second year beginning Wednesday, May 17.

The Buffalo Jump focuses on local and native ingredients cultivated around Higgins-Baltzley’s hometown. This spring, the chefs are honing on sustainability.

“You won’t see any beef on our menus, but we will use dairy,” Higgins-Baltzley says. “Cod is something we don’t want to tap into, because we want to help preserve it.”

Along those lines, expect to see more invasive species, like Japanese knotweed, rosa rugosa, and green crabs. “It’s stuff that we’re already using, but we really want to make it a point to use those ingredients that are affecting the habitats around us,” Higgins-Baltzley says.

The Buffalo Jump is also setting menus with a little more permanence. The five-plus course menus will feature multi-layered, thoughtful dishes for about three weeks at a time, Higgins-Baltzley says, plus expanded options for non-alcoholic beverage pairings.

“Last year we were wringing our brains changing it every night. This year, we’ll hone in on every little detail, as opposed to the ‘wow factor’ of a new thing every week,” she says.

This is partially for a calmer quality of life: The Baltzleys have a young daughter, and both have second jobs in addition to the Buffalo Jump. Brandon Baltzley just left his post as executive chef at Café ArtScience for similar reasons, he says.

“I left for personal (family) reasons,” he says. “I worked with the best people there and I wish I could’ve stayed longer.”

He’s using his foraging skills now with Poplar Foods, and working on research and development for the Jump. Higgins-Baltzley has serving shifts at Moonakis Cafe (incidentally, the first place she ever worked), in addition to helping her mother’s company, Peck o’ Dirt Farm & Bakery.

The Baltzleys have brought on a front-of-house manager for the Buffalo Jump for first time. Madeline LaCroix, a childhood friend of Higgins-Baltzley’s, returns to her native Falmouth after experience with Chris Cosentino at Incanto in San Francisco, and Rotisserie & Wine, Tyler Florence’s Napa restaurant, where she worked with chef Jeremy Fox.

“She’ll just be a presence in the [dining] room, serving the food, answering anybody’s questions. She’s very well-versed in the type of food we do,” Higgins-Baltzley says.

Are you interested in becoming well-versed in Cape Cod wintergreen, clams, lobster, and more native ingredients? The Buffalo Jump is now taking reservations for Wednesday night dinners through May. When the summer season picks up, it will add Monday and Tuesday dates into September, and potentially beyond. Call 508-361-2361 between 9 a.m.-5 p.m. to reserve.