Catching Up with Sean Lawson of Lawson’s Finest Liquids

The Vermont brewer is in Boston this week, and is planning a huge building project. 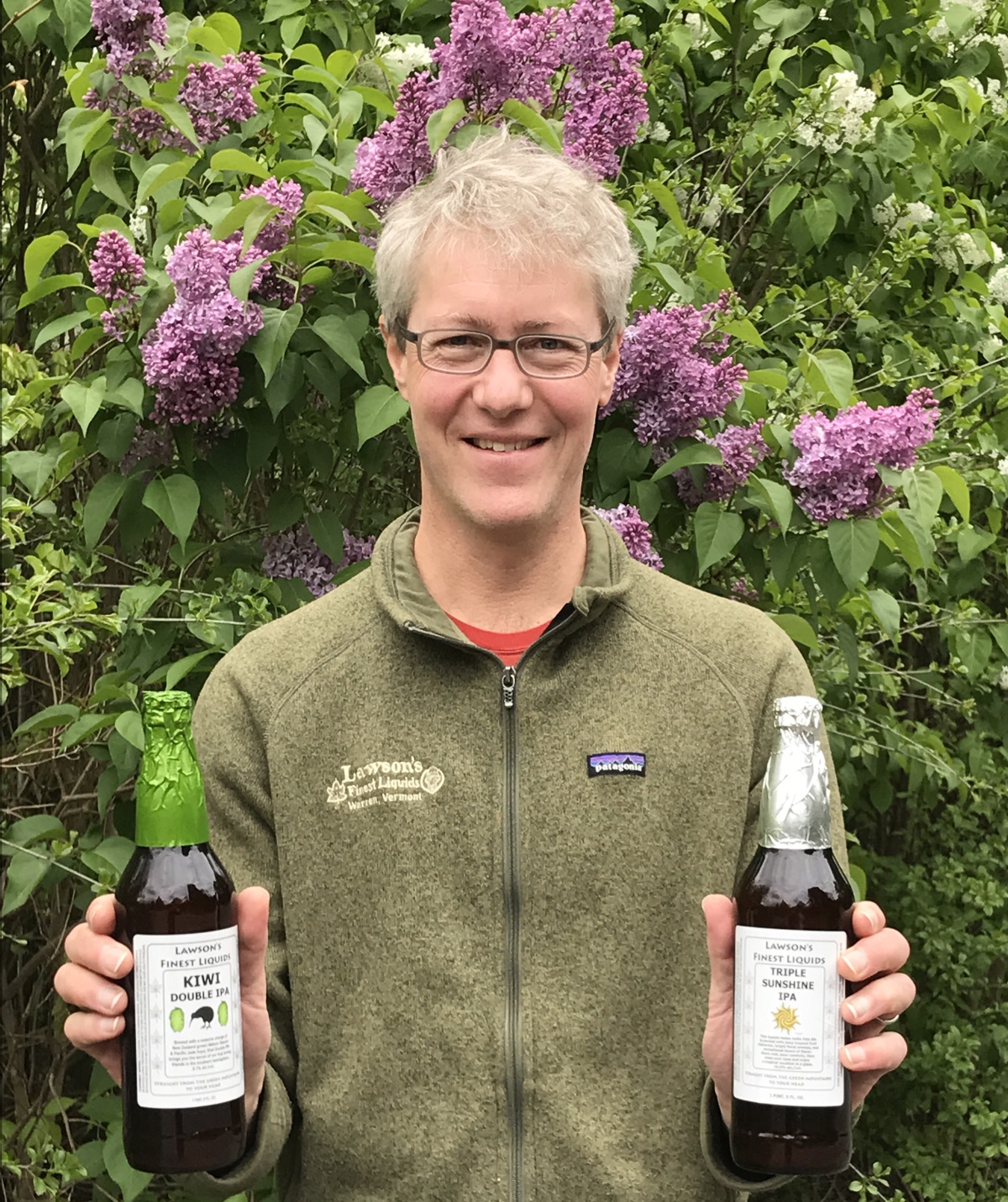 When Sean Lawson started brewing his Finest Liquids on his family property in Warren, Vt., in 2008, Chris Lohring hadn’t yet put session beer on the map with Notch. Trillium hadn’t debuted a sliver of a brewery in Fort Point, let alone its huge Canton facility or a beer garden on the Greenway. The now-defunct Alchemist brewpub was in its heyday, but Heady Topper was years away from the canning line. The guys behind Night Shift were just a year out of college, and the Aeronaut founders were still in school.

Despite the growth younger operations have sustained over the past several years, Lawson’s Finest Liquids is still very much a small-scale operation nearly a decade in. But with an expansion into the thirsty Boston-area market, and a destination brewery about to break ground, Lawson and his wife, Karen, are finally ramping up to the level one might expect from a consistently coveted brewery.

While Lawson is in town for a few events, including one this evening at the Publick House, Boston caught up with the brewmaster to talk about the craft beer scene, what to expect when his brewery opens—and just what took him so long.

How is Mass. rollout going?

This is my first time back down since we started distributing just over two months ago. From my perspective, it’s going great. We’ve always had fans of Lawson’s Finest here, but since they stopped doing the American Craft Beer Fest, I haven’t been at any Beer Advocate events. [But] that’s why we have a great reception—we’ve been building up to this for a number of years.

Lately, a few stories I’ve written have been a cool look at how much has changed in the craft beverage world in just a short amount of time. You and Lawson’s have been around for almost 10 years. Not to be negative, but why did it take you so long?

I don’t see that as a negative question at all. It’s really aligned with our approach to business and quality of life. Early on, there was some really strong demand for our beer. When we started out nine years ago, I had a 3-year-old daughter and another on the way. We didn’t want to get ourselves so far into growing our business that we wouldn’t have time for our family. And also, for me, the focus has always been first about quality of the beer. That’s not always possible when you grow rapidly.

I’ve been really pleased with our beers at Two Roads, and it took until they opened for us to even consider that possibility.

Was this always the plan?

The brewery we’re planning to build in Waitsfield, Vt., was front-and-center in our business plan since the beginning, but it has taken longer than we expected. Like, it took me three years to do my first, quote, “expansion” at my current location, when I upgraded the equipment and I was able to produce more beer there. I thought it would only take a year, but that’s what happens sometimes in business and when you have a young family.

But the contract brewing evolved organically. Two Roads [was] a new model, as opposed to larger, older, regional brewery facilities that are really focused on quantity, not the type of flexibility Two Roads has for ingredients and the process. Contract brewing evolved, for me, as a way both to respond to customer demand, and [to grow] our business. Without that volume we’re making [there] today, it would be extremely difficult for us to consider the capital expansion we’re doing on the production brewery.

How are things going in Waitsfield?

We’re just about to the finish line on permitting. We’re planning to break ground by early July on construction. The site we’re at is right in the commercial center of Waitsfield. We’re rebuilding one, 8,000-square foot building for a public visitors’ center where folks can get full pours and light food. The second building on the site [also about 8,000 SF] is a really nice warehouse facility that’s perfect for the production facility. We’re hoping it will take us roughly 12 months of construction and we’ll open in summer 2018.

When you have more space, will we have more access to all your beers? I remember when I was living in Vermont, the Big Hoppy—so many others.

We’re putting in about a 30-barrel system. The initial max capacity is about 14,000 barrels a year. I’m currently on a 7-barrel system up in Warren, where I just do a few hundred barrels annually, and a few thousand barrels out of Two Roads.

I definitely plan to bring back almost our entire portfolio. The ones you saw years ago will come back into the fold, and I’m excited to expand our range of offerings, too, so we have a couple of lighter beers on tap, lower alcohol beers, and eventually, we’ll grow out the wood- and barrel-aged program that I have. The Maple Imperial Stout I do will definitely be a fixture at the new brewery. Once we open up and after we’re open for a little bit, we’ll have a sense of how much beer we’ll have for distribution. That remains to be seen.

When I was drinking your beers, they were all in 22-ounce bottles. With Two Roads, you got Sip into cans.

Our plan in the new brewery is to put in a canning line. I plan to have a smaller bottling line for some of the specialty beers, especially beers that are built for aging, and beers that are more sturdy, like the Maple Imperial Stout. But IPAs and all the beers designed to be drank fresh we’ll be canning. I love the lightweight package, the fact that it keeps the light completely out of the beer, and that you can fit a lot more cans in a suitcase than you can bottles when you’re traveling, before you hit the 50-pound limit [laughs].

Do you travel for beer?

Oh yeah. My daughters roll their eyes sometimes, but I love checking out new places and trying new beer all the time. My favorite beer is whatever is in front of me, or whatever I get to try next. My wife and I have had a lot of fun while designing our brewery visiting not just other breweries, but other tasting rooms at wineries and distilleries, and restaurants, to get ideas and gather input.

You’ve been in the game for a long time, and we keep touching on it, but the game has really changed.

When I started in 2008, there were probably half the number of breweries in the country than there are today. Granted, many, maybe most, of the new breweries are not competing for distribution outside the hyperlocal. But overall, there’s still the same camaraderie—one of the biggest things that defines small, independent breweries is that we operate from this place where we’re all in this together. As each of us does better, we’re better as a whole. It will be interesting to watch, though. My personal take is if you look them like a restaurant, where it’s just serving the local community, there is room for thousands and thousands of those breweries. But there isn’t room for thousands of breweries that are all vying for shelf space. It’s pretty clear that in the end, the consumer will decide on those beers that are really quality. Those are the ones that are going to continue to succeed.