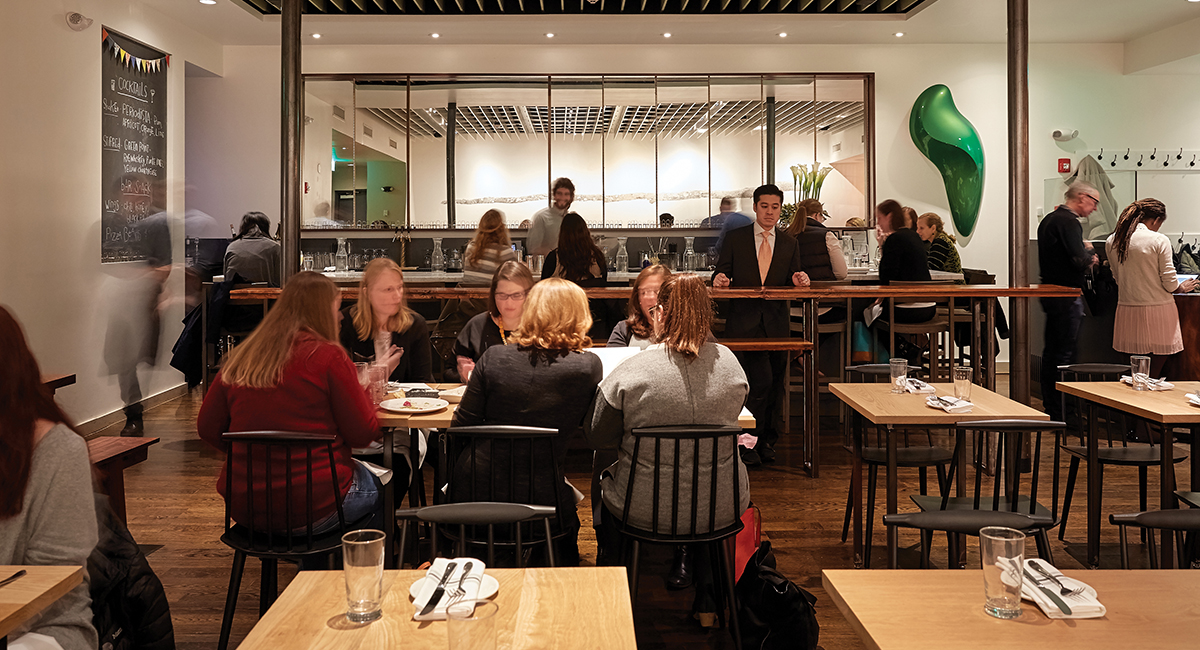 Shepard. / Photo by Jim BRUECKNER for “The Interior Design of Shepard in Cambridge”

Shepard became one of the most hotly anticipated debuts of 2015 with its elemental approach to cooking, but a handful of neighbors are unimpressed. The restaurant was the subject of a Cambridge Public Health Commission hearing last month to hear complaints over heavy smoke, the Boston Globe reports.

“If we’re outside, it produces coughing and my throat is sore,” said one neighbor, who lives across the street from Shepard. That person said her 10-year-old daughter’s respiratory problems are aggravated by the restaurant.

Another family, who have since moved across town, said their children were “literally coughing themselves to sleep” when they lived next door to Shepard.

Shepard owner Rene Becker, who opened the restaurant with James Beard Award-winning chef Susan Regis, said they have spent more than $100,000 to mitigate the smoke. They switched to a drier wood and are using more charcoal, they added more menu items that don’t use live fire, and they installed a particle-capturing scrubber on the restaurant’s ventilation system, Becker told the Globe.

“We’ve done a ton of things and it’s just gone on, and on, and on, and on,” the restaurateur said of the objections. “I think their complaints have been exaggerated. If they smell anything they will call and complain to the city.”

While only a handful of people in the immediate vicinity seem to be bothered by the smoke (the Globe talked to a couple a block away, who said “the restaurant owners have worked with the neighbors… I think it’s a bit of a witch hunt,”), chef de cuisine Peter McKenzie is apparently among them.

The opening chef left the restaurant last week. On his Instagram this morning, he blamed, at least in part, the smoke issue. On a screen grab of the Globe article, McKenzie wrote:

“This, and its handling, is a big reason why I parted ways with the restaurant. The smoke inside was far worse than that outside, and health concerns were met with the same reaction. When properly engineered and ventilated wood fired cooking implements can be safe and add nuance to the food being prepared. When there are serious health issues at stake however, form can not come before function.”

Boston has reached out to Susan Regis, Rene Becker, and Peter McKenzie to learn more about the efforts to mitigate smoke problems in the neighborhood.

Cambridge Public Health Commissioner Patrick Wardell will issue a verdict by mid-June. If the city determines Shepard needs to cease cooking with live fire, the restaurant could very well close, the owners told the Globe.