Find the trendy imports at Notch, and learn more at Formaggio. 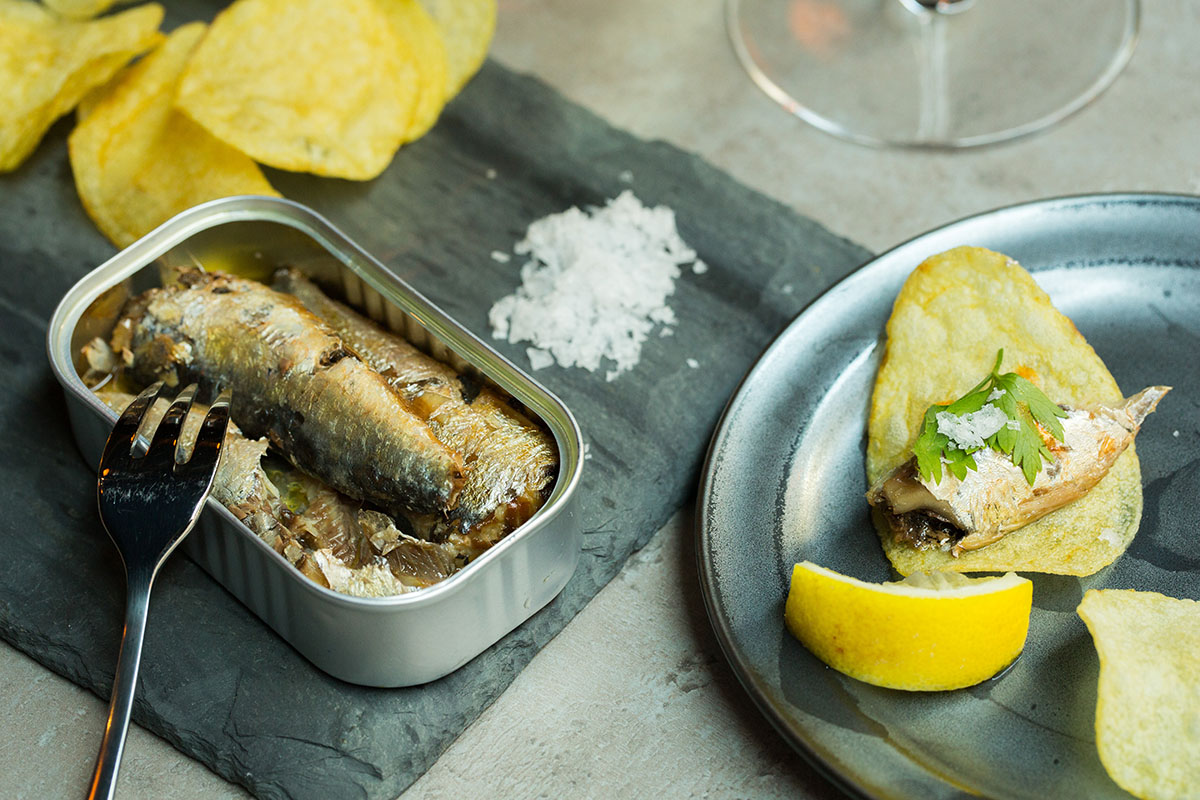 “In Spain and Portugal, you can get it in lots of corner bars and restaurants, and people are taking notice that tinned fish can be something delicious,” says Conor Dennehy, a buyer at Formaggio Kitchen, who is leading a class on the products next week. “It’s not just Bumblebee Tuna packed in water. You can actually get high quality fish.”

Dennehy oversees the stock of tinned fish at Formaggio’s Cambridge location, a job he’s had for a year and a half, since leaving T.W. Food as a chef. Personally, his favorite tins are the “doctored up” varieties, like mackerel with piri piri, trout with lemon and pepper, and anything smoked.

“How popular it’s starting to become in some restaurants has definitely helped with [tinned fish sales],” Dennehy says. “People realize they can buy the product from us without the markup.”

The tinned fish class is a first for Formaggio, which is known for educational opportunities on a variety of culinary subjects. It will provide guests with an overview of what’s available at the store, and delve into ways to use the products. Expect to learn a recipe for a Niçoise salad variation with oil-poached tuna, and some one-bite canapes.

But if you stock up on tinned fish just to eat it with just some bread, no one would blame you. The classic presentation is how it’s served at Deep Ellum, and how it will be served at Notch Brewing Company.

Co-owner Mary Ellen Leahy sourced two different tins from Portugalia Imports in Fall River, on the recommendation from Deep Ellum owner Max Toste, she says. At Notch, spiced sardines in olive oil, or tuna in olive oil, will come with a pretzel roll from Swissbäkers, and pickled vegetables from Maitland Mountain Farm.

Also this spring, a Notch bartender-cum-farmer at JT’s Herbs and Produce will provide radishes for a classic butter-and-radishes. Those snacks join a Cheese of the Week, Landjäger sausage from Wisconsin, and Swissbäkers pretzels.

“We don’t have an extensive kitchen, but we’re trying to be creative and provide people with unique stuff they may not be able to get elsewhere, that obviously pairs well with beer,” Leahy says.