The politicians had dessert at No Name Restaurant, then surprised Joanne Chang and other attendees of the New England Women's Leadership Awards. 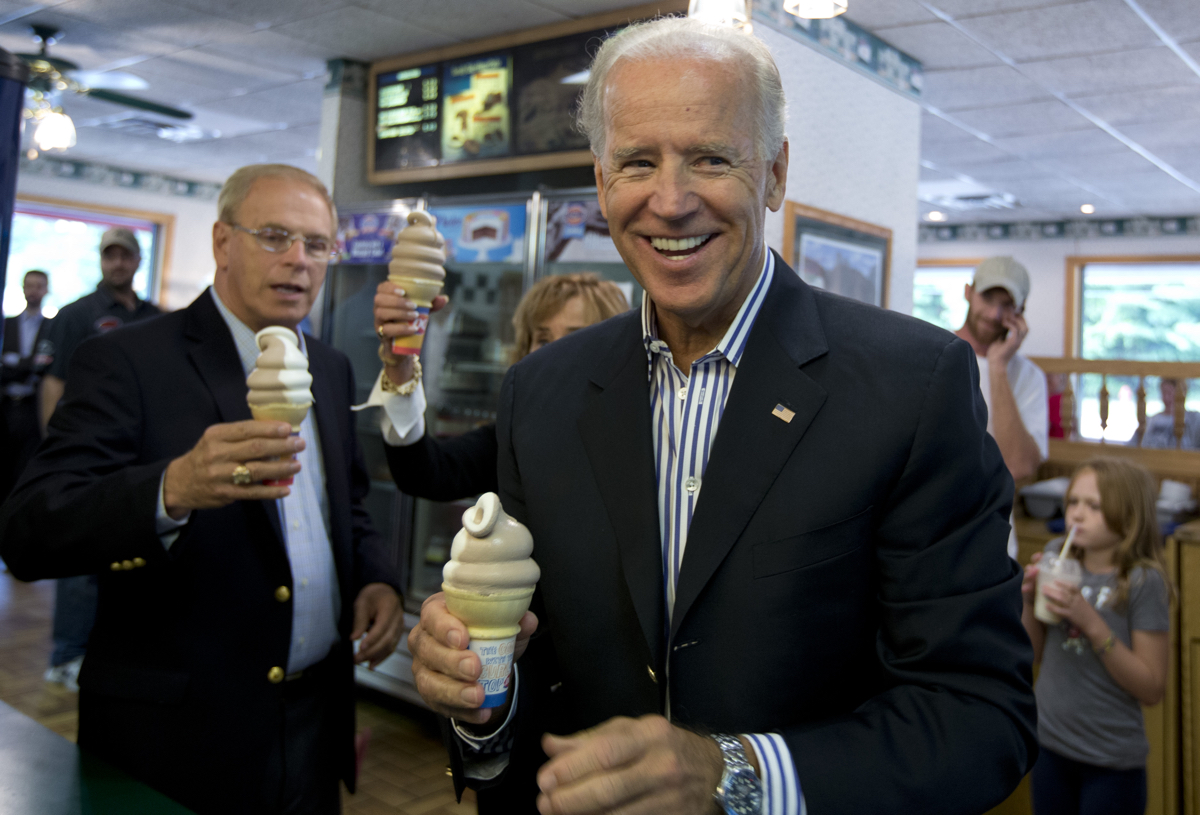 Known ice cream aficionado Joe Biden recommends the apple pie a la mode—with vanilla ice cream—at No Name Restaurant on the South Boston Fish Pier. That tidbit comes from Mayor Marty Walsh’s press office, a day after the former United States vice president joined the mayor for dinner at the quintessentially Boston spot while he was in the area to speak at Harvard.

(Yes, it was the actual Mayor Marty Walsh this time.)

Great to see Mayor @marty_walsh, and hear about everything he’s doing to keep Boston strong. pic.twitter.com/U74RGLciBb

“They talked about Mayor Walsh’s reelection campaign and his vision for the city, Vice President Biden’s foundation and his work to further cancer research, as well as strengthening the middle class and ending violence against women,” says Gabrielle Farrell, the press secretary for Walsh’s campaign.

During the meal, Walsh invited Biden to last night’s New England Women’s Leadership Awards in the Seaport. The annual event is produced by the Boys & Girls Clubs of Dorchester, meant to give program participants local mentors. Among this year’s honorees was James Beard Award-winning baker and chef Joanne Chang, creator of happiness. She was stoked to meet the former VP:

That time when Joe Biden unexpectedly crashed the Boys and Girls Club of Dorchester awards ceremony you were being honored at…!!!! Congrats to Donna Galvin and Becca Pizzi and thank you Abbey for introducing me so well. What an honor. Thank you for pic @calamityshazaam #omg #NEWLA2017 #grateful #peachtree #martywalshtoo