Where to Find Craft Beer on Cape Cod This Summer

Cleat & Anchor is now open, Craft Collective has landed, and two new breweries are on the way. 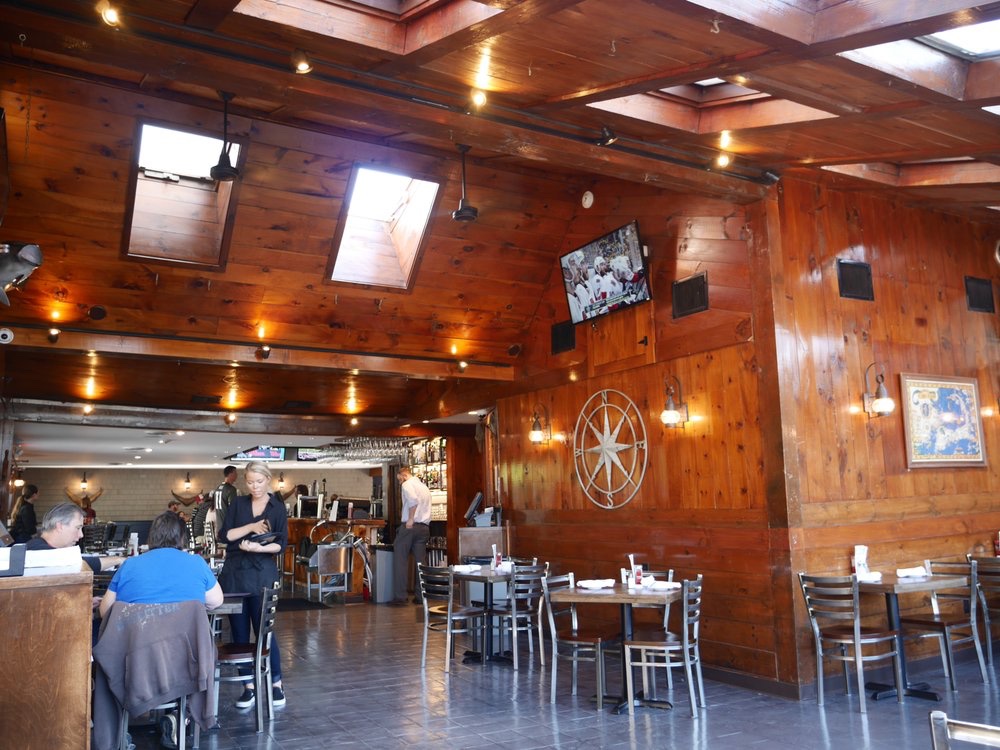 When visitors head to Cape Cod for a summer weekend, most of them want fried seafood, clam chowder, and a good lobster roll, says longtime Cape resident Chris Pons. But more and more, they also want better beer options. That’s where his new restaurant comes in: Along with his brother, Tony Pons, and Tony’s fiancee, Felicia Grossi, Pons opened Cleat & Anchor in Dennis Port earlier this month, bringing a new dining and beer destination to the mid-Cape.

It helps that Tony Pons and Grossi have a wealth of experience on the Boston restaurant scene. Tony has worked at numerous spots from Malden to the North End, including a long stint with the Tavern in the Square group. He managed the Allston bar before helping open the location across from the T.D. Garden, Chris says. Grossi previously worked at Eastern Standard.

“The Cape is maybe a little bit behind the times on what’s going on in the city. We definitely identified that as a key differentiator of what we’re doing here,” Chris says. “Tony and Felicia are leveraging the relationships they made in Boston.”

One of those relationships is with chef Eric Hammer, who worked for Tavern in the Square before he helped open BitBar in Salem. After signing on to consult on Cleat & Anchor, he decided to remain Capeside and is behind a menu that is a little more modern than your typical Cape Cod tavern: clam chowder topped with chicharrones, a lobster BLT on local, Pain d’Avignon ciabatta, dry-rubbed and double-fried Buffalo chicken thigh sandwich, duck bacon-wrapped scallops.

Beverage director Grossi applies the Eastern Standard mindset to the price points and high-volume demands of the Cape, Chris Pons says, with house-made syrups and infusions, and fun, easy-drinking crowdpleasers.

“Right now, we have the Blue Hawaii on draft. She makes that in house, and we keg it ourselves,” he says. Cleat & Anchor also just got in silicone, stemless wine glasses for frozen rosé. It’s a souvenir guests can take home with them—and to the beach, Pons says.

But the co-owners are primarily beer fans. As they renovated the 30-year-old Rumrunners into Cleat & Anchor, they installed a new, 20-tap draft system, and are sourcing an eclectic, ever-changing beer list.

It’s “the type of stuff you don’t find on the Cape, but also that you don’t really find [elsewhere] in Mass.,” Chris says, with Devil’s Purse Handline Kolsch, Hermit Thrush Party Guy, and a Kent Falls mango IPA on the opening list. “It’s definitely something we want to continue and evolve,” he says.

A big factor in being able to do that is the recent arrival of Craft Collective on Cape Cod. The Boston-based boutique distributor hosted their launch party at Cleat & Anchor last weekend. Their entire portfolio, including Singlecut, Aeronaut, Fiddlehead, and soon, Prospect Ciderworks, is now available to any Cape restaurant and retailer that wants to carry it, says Craft Collective cofounder Bryan Ferguson.

And of course, it’s because craft beer production is picking up steam on Cape Cod. Devil’s Purse opened in Dennis in 2015, and Hog Island debuted last summer in Orleans.

Devil’s Purse is now producing two of its most popular European styles, the Kolsch and Surfman’s Check ESB, at Isle Brewers Guild in Pawtucket, R.I., and packaging it for broader distribution. It’s freed up space in Dennis for Devil’s Purse to can smaller runs, too. This weekend, the brewery is celebrating its second anniversary with a couple parties on the Cape.

Cleat & Anchor is in touch with Devil’s Purse about getting some of their limited releases on draft, Pons says. 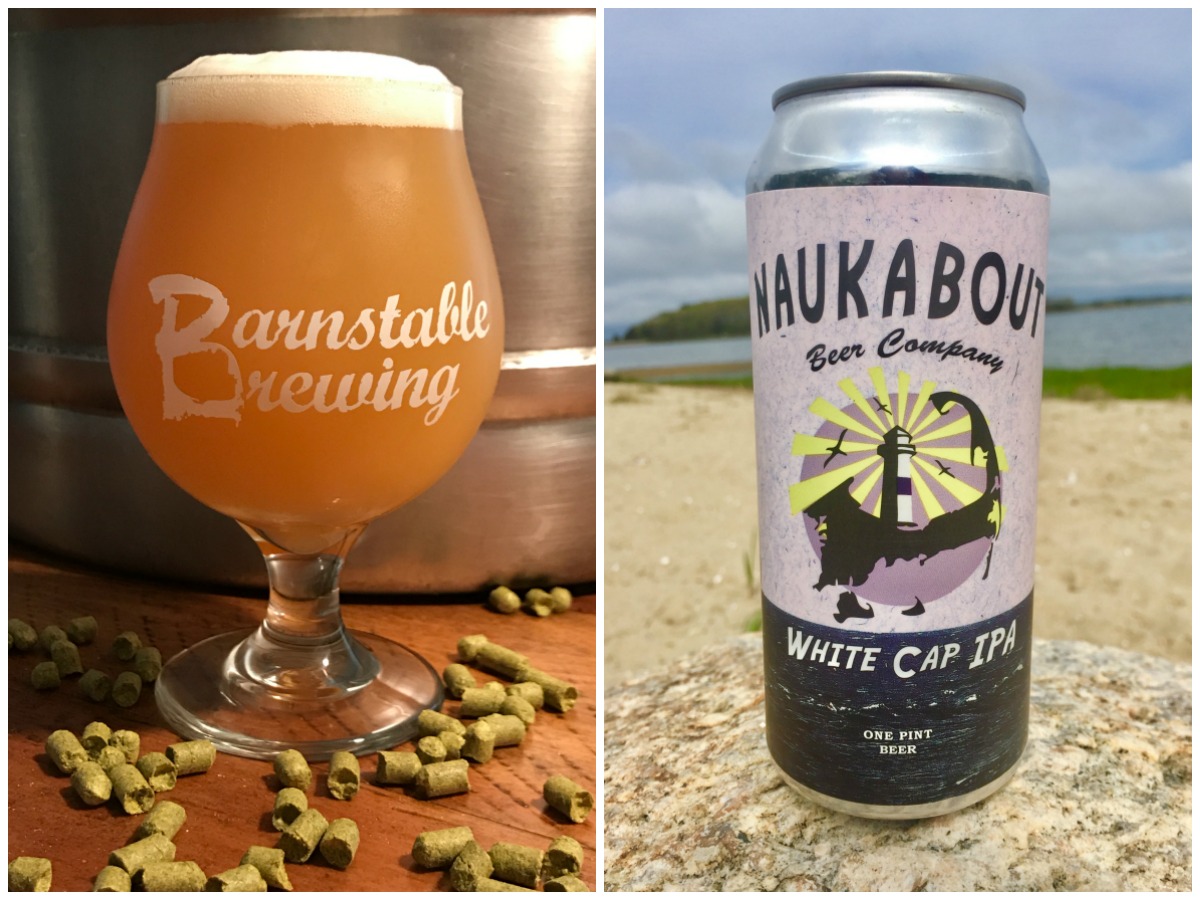 This summer will see two more visitable breweries on Cape Cod, too. Naukabout Beer, which has been contract brewing Cape Cod-inspired beers for a few years, is building out its own, seven-barrel brewhouse and taproom at the former Flume restaurant in Mashpee. Cofounder Peter Murner of Bourne, who started Naukabout with partners Mark Germani and Jeff Conley, says it will open later this summer.

In Hyannis, Barnstable Brewing will debut its long-awaited brewery and tasting room early this summer, says cofounder Ann Connor. Along with her husband, Peter, and son Mark, the family has been developing the business plan and getting it approved since 2013.

“A lot of home brewers dream of opening a commercial brewery, and I’m not different. I’ve been brewing for 27 years,” Peter Connor says. When Mark went off to college—originally on a pre-med track—he and his wife started Barnstable Brewing. After he graduated with a biology degree, Mark changed his plan and attended the Siebel Institute and Doemens Academy program in Chicago and Munich, Germany. “Between us we have the science and art [of brewing] figured out,” Peter Connor says.

When it opens, Barnstable will have a wide variety of international and American-influenced beers on tap, including hop-forward ales, full-bodied malty styles, and barrel-aged offerings, Ann says. “We also have some interesting collaborations planned with other breweries.”

Old guard brewery Cape Cod Beer in Hyannis, and bars like the British Beer Company and Tap City Grille in Hyannis, and the Nor’East Beer Garden in Provincetown, add to a landscape that’s finally refreshing for beer tourists.