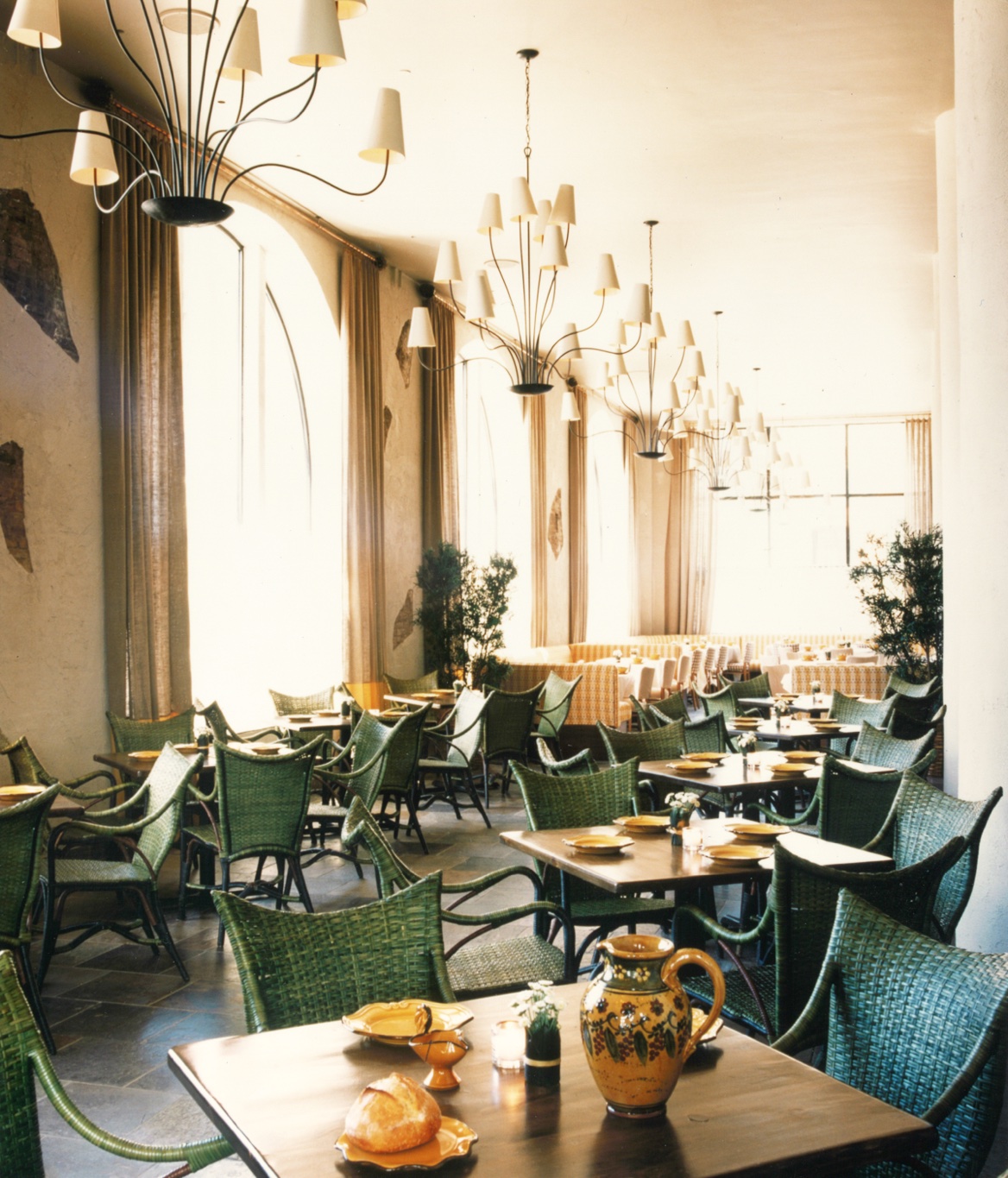 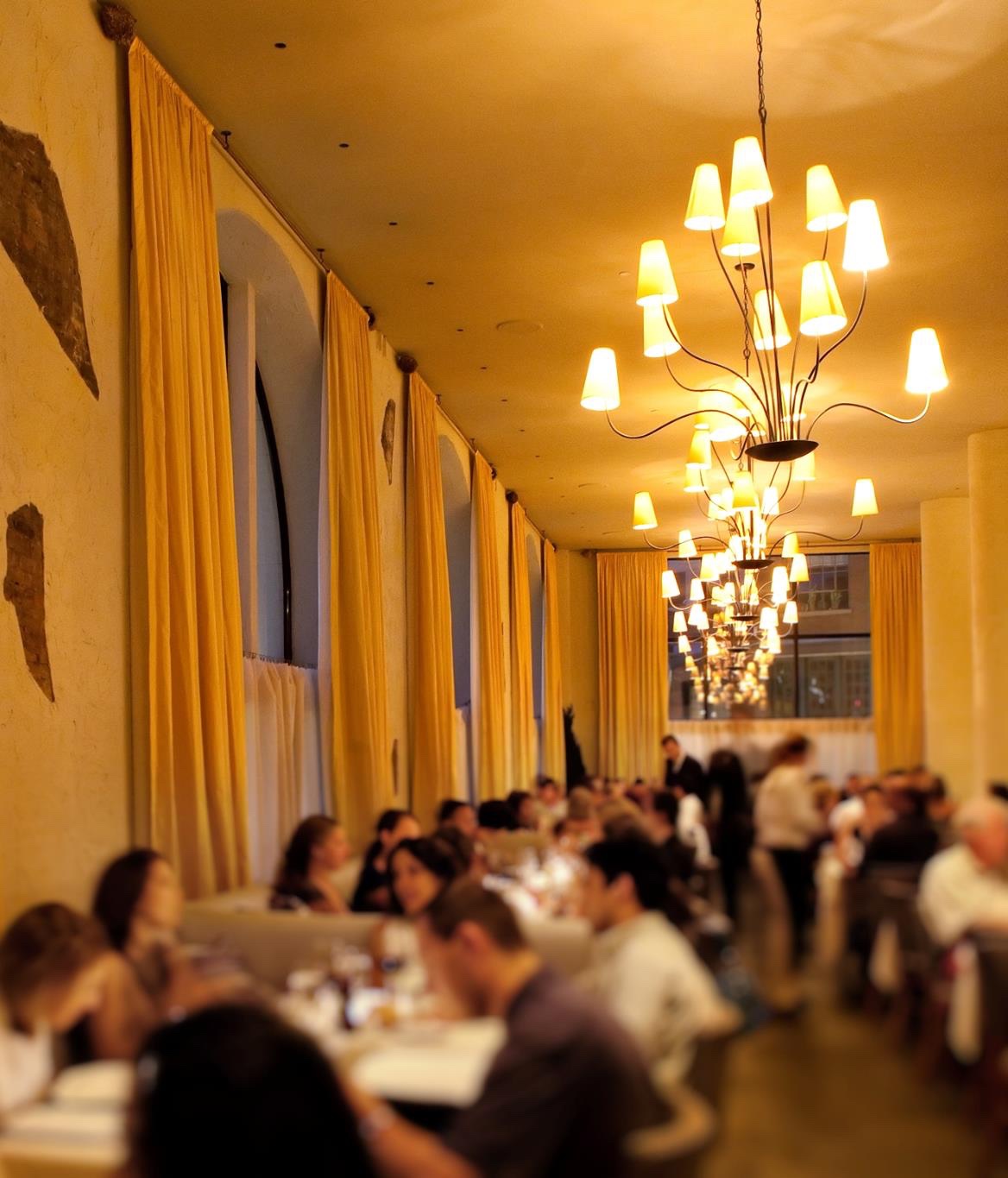 At one point, probably eight or nine years ago, chef Jamie Mammano and his team at Mistral revamped they way they served foie gras. Maitre d’ Mark D’Alessandro doesn’t recall exactly what they changed—he thinks maybe they used a different, but still classic French, fruited preparation of some kind. But it wasn’t the beloved towering stack of seared foie, duck confit, and brioche.

Whatever it was, it didn’t stick.

“There were a lot of complaints,” D’Alessandro says, laughing. “I mean, it’s a staple of Mistral. How dare we change it to try and do something a little bit more ‘contemporary?'”

Keeping up with the latest trends is not what’s kept the high-end, French-Mediterranean restaurant in business for 20 years. But it was what put Mistral on the map when Mammano and partners Seth Greenberg and Paul Roiff first hit the scene. As the Columbus Hospitality Group, they’ve since gone on to open Teatro, Sorellina, Mooo, L’Andana, Ostra, and late this summer, Bar Lyon—and yet Mistral continues to shine, even as Boston gets more options for haute Mediterranean cuisine.

It was Roiff who had the vision to purchase and rehab a circa-1860s building, on the edge of Back Bay and the South End, in 1996—before the South End was a dining destination—and anchor it with a large, upscale restaurant. And it was the nightlife impresario Greenberg who encouraged a glamorous, energetic atmosphere from the get-go.

“Initially, it was all about being fabulous and exciting, with a great vibe, and then of course, with chef Jamie Mammano, bringing in great food at the same time,” D’Alessandro says. “We have matured as more of a dining destination than a scene destination.”

That’s why Mistral can literally never remove the Dover sole meunière from the menu.

“There needs to be consistency in what we do,” D’Alessandro says. “A good portion of our menu has been the same for 20 years, you know? And it’s like that because that’s what our guests want. They come here specifically for the tuna tartare, the tenderloin pizza, the rack of lamb, the Dover sole.” 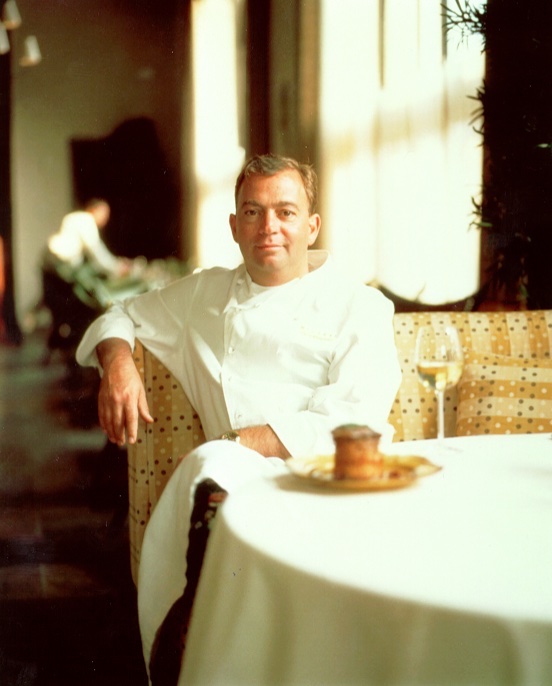 Believe it or not, Mistral guests don’t want small plates. The team tried that, once, too, with an ill-fated bar menu. Bar patrons ignored it in favor of that tartare, the crab ravioli, the mushroom carpaccio, D’Alessandro says. Sunday brunch is a notable exception: That has been well-received.

The only other decidedly modern addition in Mistral’s 20 years are a couple, subtle TVs behind the bar, installed about eight years ago, amid the only substantial renovation they’ve ever done. (All of these changes, whether they stuck or not, came about during the recession, when restaurants were trying whatever they could to bring in new business.) Now, on big sports nights, the bar at Mistral remains as packed as ever.

There have been a few updated drapes here, some new upholstery there, but otherwise, it’s truly business as usual. 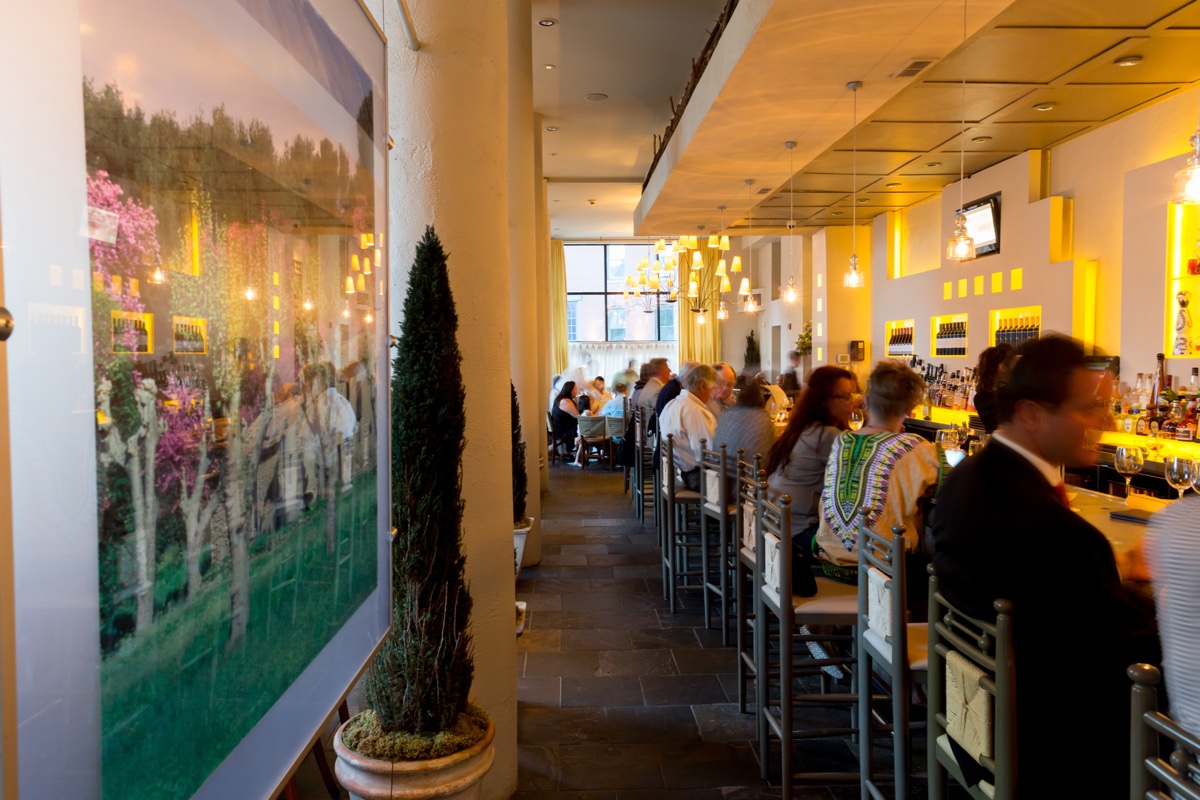 The bar at Mistral. / Photos provided

“There is this misconception that fine dining is dying, but there’s definitely a market for it still. We know what we do well,” D’Alessandro says.

A major key to success is staff commitment. Turnover is typical in the restaurant industry, but not so at Mistral. D’Alessandro himself started before the restaurant actually opened, as assistant general manager, and has risen to not only GM there but also director of operations for all of Columbus Hospitality.

“We’re successful because we’re committed to the success. And I have so many great staff members, front- and back-of-the-house, that have been with us for so long, that are committed to our success as well,” he says.

One employee, Yusef, has been at Mistral since day one, and D’Alessandro name-drops another, Edwin, who’s been on board for 19. The executive chef at Teatro, Grasiani Costa, started with the company more than a decade ago, as a dishwasher at Mistral.

“If you see somebody that has talent, as a back waiter, a bartender, server [etc.], I think it’s the management’s responsibility to invest some time in helping that individual grow,” D’Alessandro says. 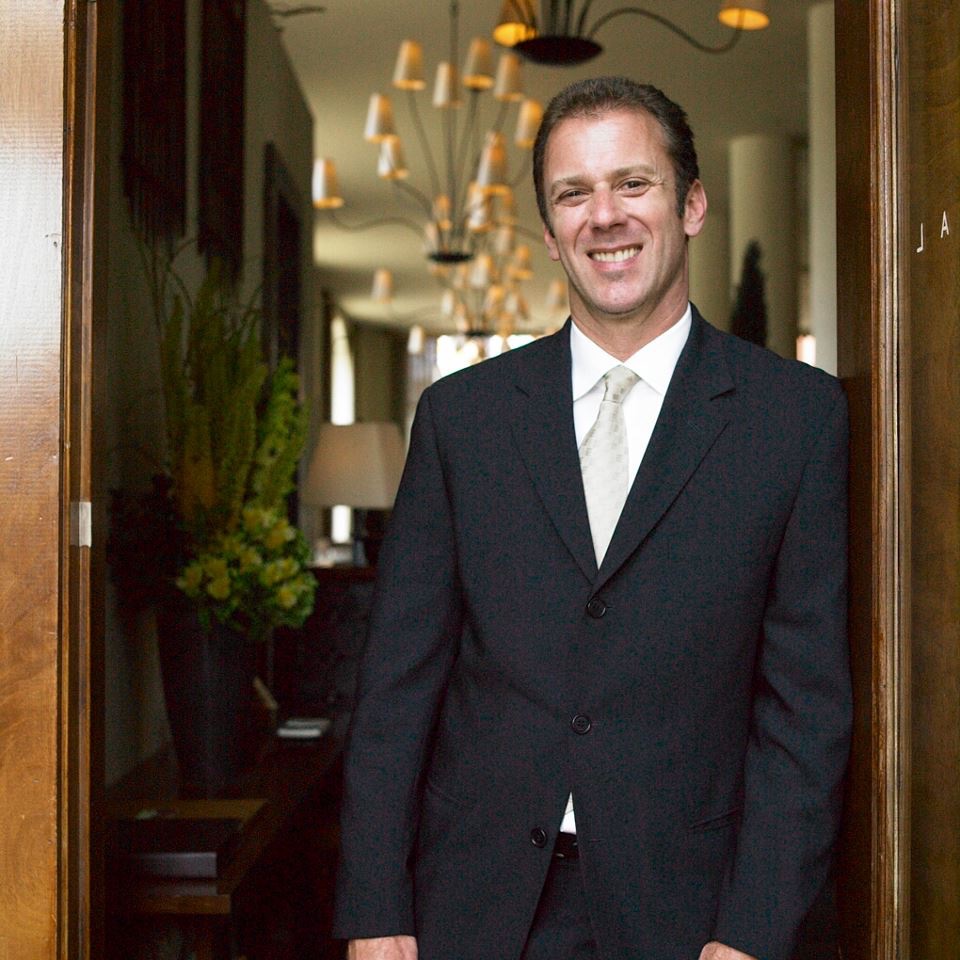 But another key to Mistral’s success is doing it all without pretension. While the ever-present D’Alessandro will tell you to remove a baseball cap inside the restaurant, jeans have never been against Mistral’s dress code—much to the delight of actor Kevin Spacey. Mistral has hosted myriad celebrities throughout the years—Gisele and Tom Brady were regulars for a while—but a jovial Spacey sticks out in D’Alessandro’s mind.

“He came in here and he’s walking around talking to everybody. I went up and introduced myself, and he says, ‘Oh, yeah, I came here because so-and-so wouldn’t let me into their bar because I’m wearing jeans, so I came here instead. You guys are great,'” D’Alessandro recalls, laughing. “I won’t mention the name [of the other bar.]”

D’Alessandro gets it—while he doesn’t believe fine dining is over, he admits to being over it himself.

“Probably over the last five years, I’ve lost the desire for fine dining, which is kind of ironic,” he says. “But for me, when I go out to dinner, I want to go to a place that has a lot of energy. A couple years ago, I won’t mention the name, but I was out and we hadn’t even gotten our entrées yet, and it was so quiet. So, we got our entrees and we ate them so quickly and got the check and left, and then came in here to Mistral for dessert.”

Casual, neighborhood-driven energy is a main reason D’Alessandro is excited for the Columbus Hospitality’s latest venture. Bar Lyon is on track to open late this summer or early in the fall, he says. With 60 seats, it will be the smallest project yet for the group—“a small, sexy French bistro. I’m sure there are going to be more items on this menu that will be considered more small-plate style. We’re going to have a killer burger.”

It’s “definitely a departure from what we normally do,” he says. Bar Lyon will have no reservations, and no valet parking. But it has one major thing in common with its sibling spots: A commitment to excellence, and the people who make it happen: Jasmine Gudaitis, who started at Mistral as a 20-year-old host, will be the new spot’s general manager.

But this weekend, D’Alessandro, Mammano, Greenberg, Roiff, and their staff will be toasting Mistral’s 20th anniversary—and probably tucking into a plate of tuna tartare.