The North Cambridge café takes a simple, healthy-ish track toward breakfast and dinner. 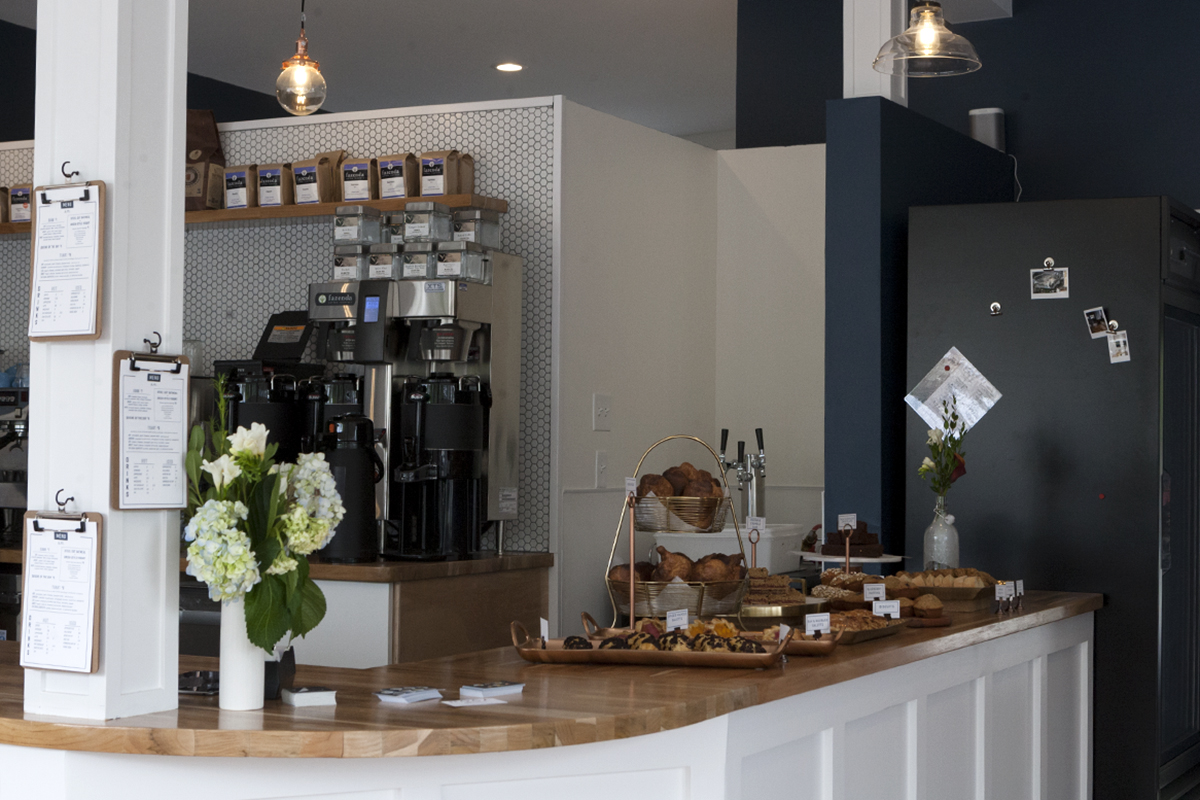 Robert Harris biked by an empty storefront and was struck with inspiration—though he didn’t know just what that inspiration was. It was last summer, and he was riding to his Cambridge home from a restaurant league softball game the chef/owner played with his team from Season to Taste Catering and the Table restaurant.

The corner storefront, on Rindge Avenue at Middlesex Street, was once a pharmacy, but had most recently been a hair salon. At that point, it was empty, and for lease. Harris inquired with the landlord, and within a short amount of time, it was his. Then came the task of figuring out what to do with it.

The residential location would make it hard to install a hood vent and other equipment that a full-service restaurant would require, but on the other hand, it informed the kind venture that would be successful, Harris says. Because of the building’s proximity to a bus stop and a couple schools, and its location on a main thoroughfare out of Cambridge to the west, “Our sense is the strong times of the day will be morning and evening when people come home,” he says. Hence, “a kick-ass café.”

Noca Provisions debuted this morning, after about eight months of buildout. David “Woody” Wood, a staple of the Cambridge café scene after 13 years with Darwin’s and four with Flour, is the general manager and main figure at Noca. He’s also the brains behind the signature drink, a refreshing Espresso Fizz. The seven-ounce sipper tops a double shot with sparkling water, which gives it a nitro pour-like foamy texture. 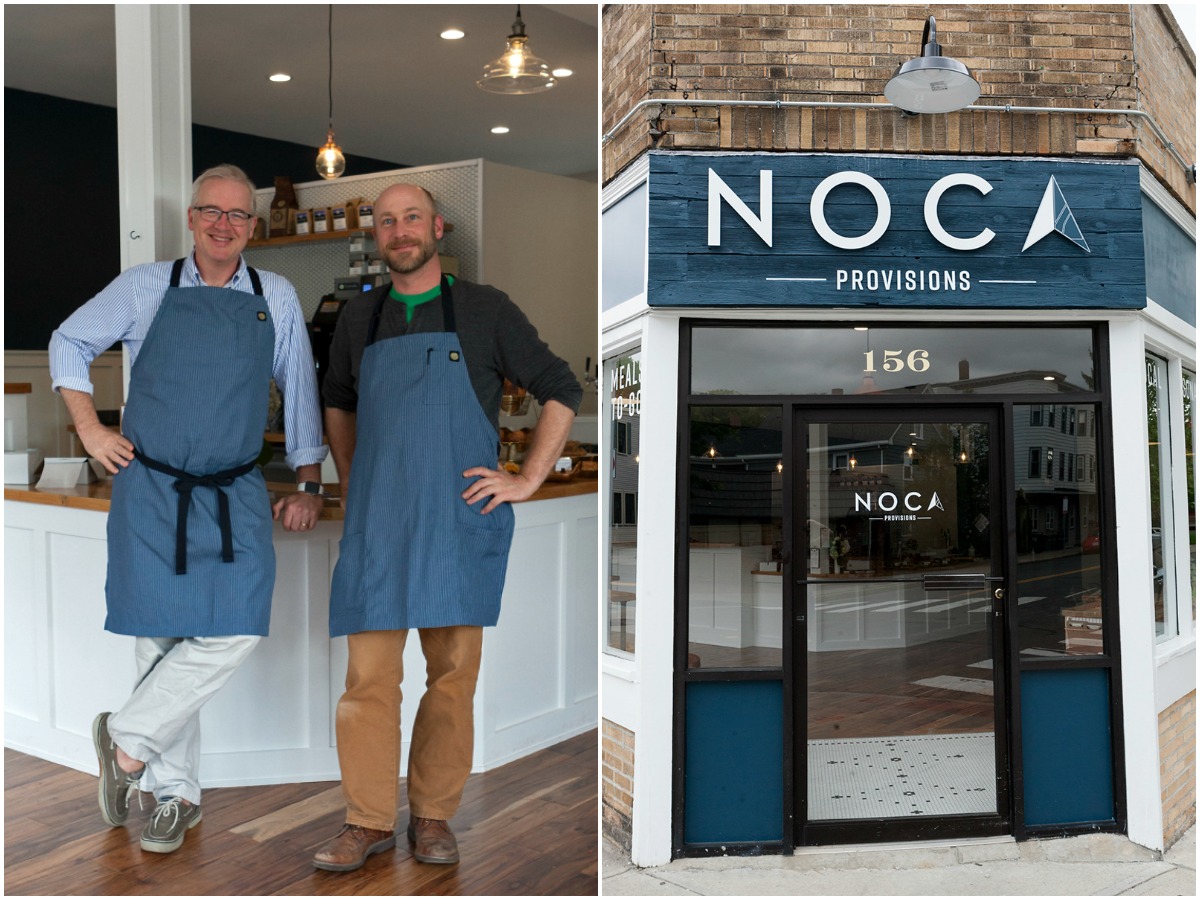 The morning menu is stacked with other Fazenda Coffee and espresso drinks, kombucha on draft, sunny eggs loaded with shakshuka- or pozole-inspired fillings; doctored-up toasts, oatmeal, and fresh-made yogurt, pastries, and more. By evening, a grab-and-go fridge will be full of a la carte proteins, grains, and vegetables for quick and hearty dinners at home.

“It’s a collaborative approach at this point,” Harris says, noting Season to Taste catering chef John Hendron, the Table chef Carl Dooley, and others within the company provided input on menu development. But Harris, who is following a low-carb and low-sugar diet these days, is the ultimate decision-maker—hence the healthy-ish slant to the menu.

“Whenever I go into a café, I’m like, ‘What can I eat here?’ The answer is usually nothing,” Harris says. Even, typically, the yogurt. That’s why Season to Taste cook Ben Rigby is making their own, Greek-style strained yogurt in-house. (The majority of prep and production for Noca takes place offsite at the catering kitchen, just around the corner on Mass. Ave.)

“It’s a constant conversation—what if, instead of sugar, we tried maple, or honey?—but still make it be a decadent thing you want to eat, that’s not too [hippie] crunchy,” Harris says.

Pastry chef Amanda Glover, an alum of Tatte Bakery who also once worked under the Table pastry chef Mary Edinger at No. 9 Park, is behind the baked goods at Noca. Glover’s lineup includes classic popovers, a light but rich chocolate puff, multigrain cookies, and individual-sized spiced mango and bay rhubarb galette. But even with those decadent choices, the team has an eye toward wholesomeness. They are sourcing rye, whole-grain, and other flours from Maine Grains, Harris says.

Busy folks can swing by Noca on the way home from work for grab-and-go dinners; there’s parking behind the café. Dishes like braised leg of lamb with couscous, house-made pastas and sauces, roasted brussels sprouts with caramelized onions, and mango-pineapple salad with chili and lime, are packaged in sustainable, oven-safe containers. That’s one way Noca is living the mission of environmental responsibly that Season to Taste Catering is known for, Harris says. There will typically be three main proteins, including a vegetarian entrée, plus 6-8 accompanying grains, sides, and salads, Harris says.

The meals can also be heated up and enjoyed inside the 20-seat café, but the space is meant more for daytime use. An area of low seating in the back of the room, flanked by shelves full of board games, should appeal to young families looking to get out of the house during the day, says Harris, a former stay-at-home dad. In front of the space, a standing drink rail is a European-style place for people to sip espresso before heading on their way, while there are also a couple seats at the bar with plugs underneath, for people who want to hole up and work online. There are also a few teak tables.

“Our goal is to create a community where everyone can be well-served with nutritious stuff,” Harris says. 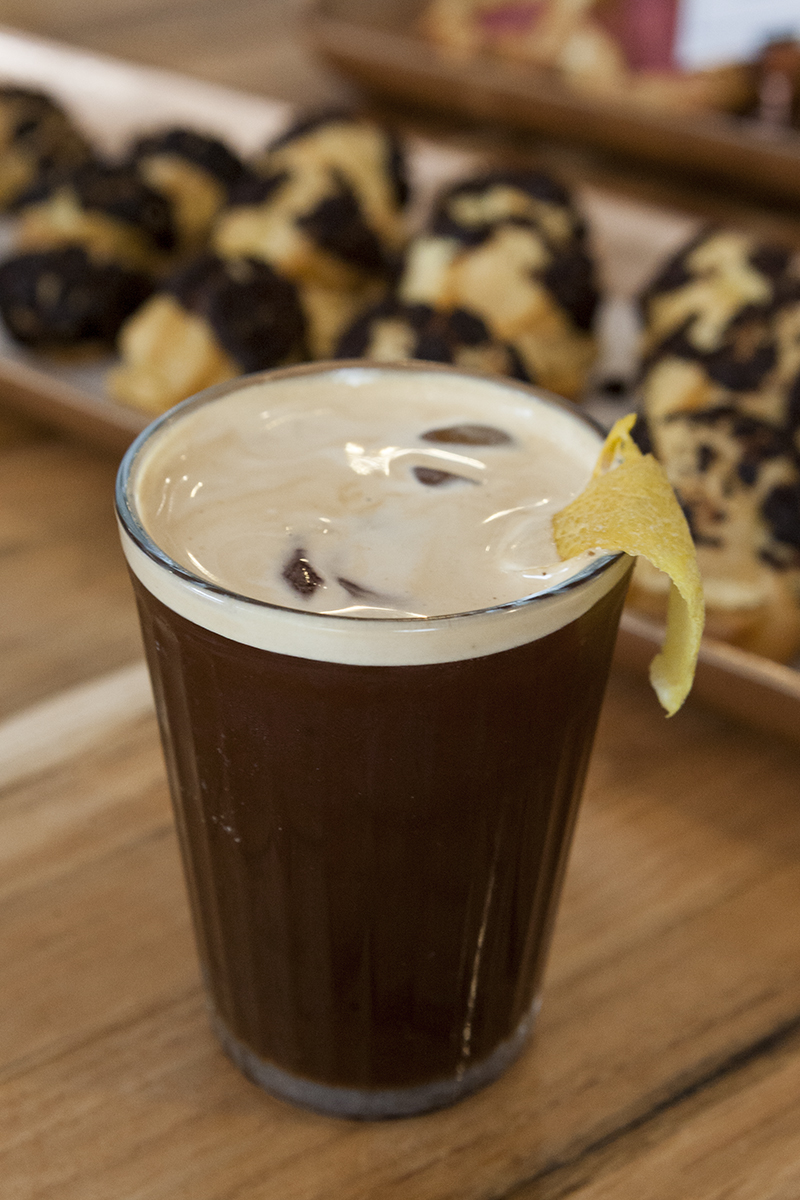 The espresso fizz is the signature drink at Noca Provisions. / Photos by Julia Hopkins 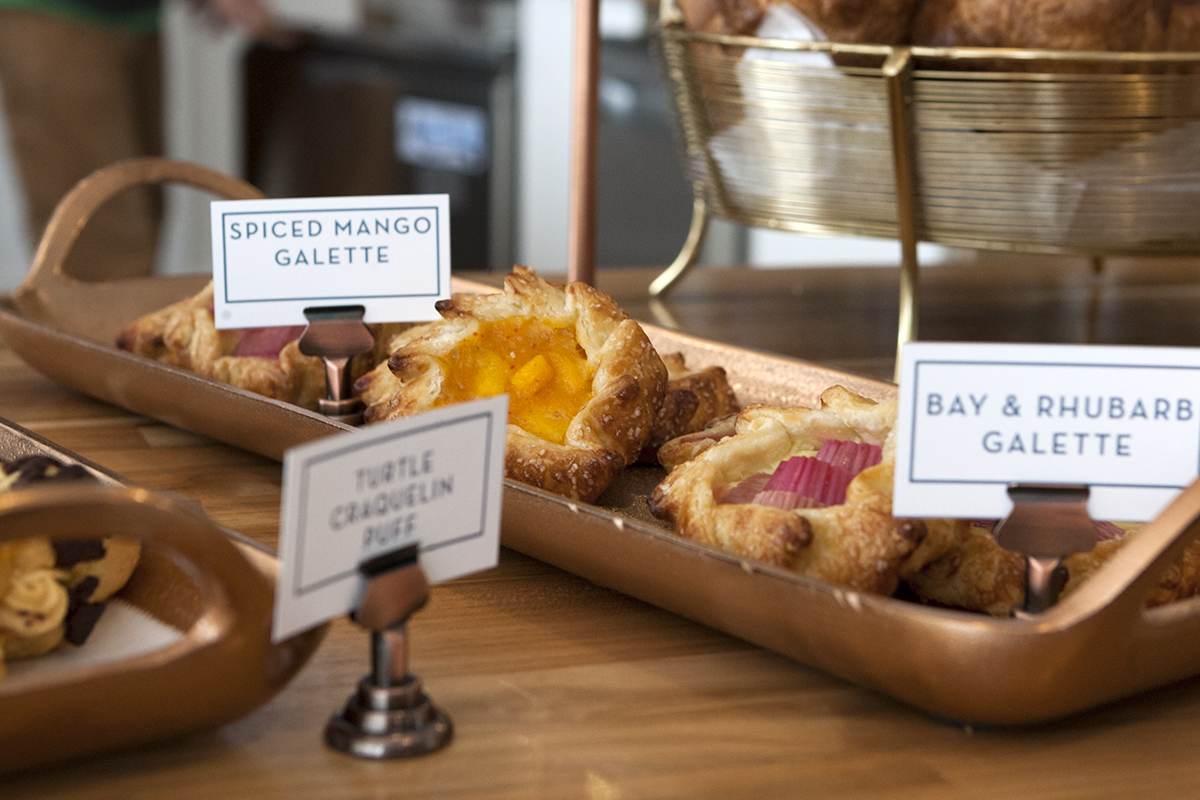 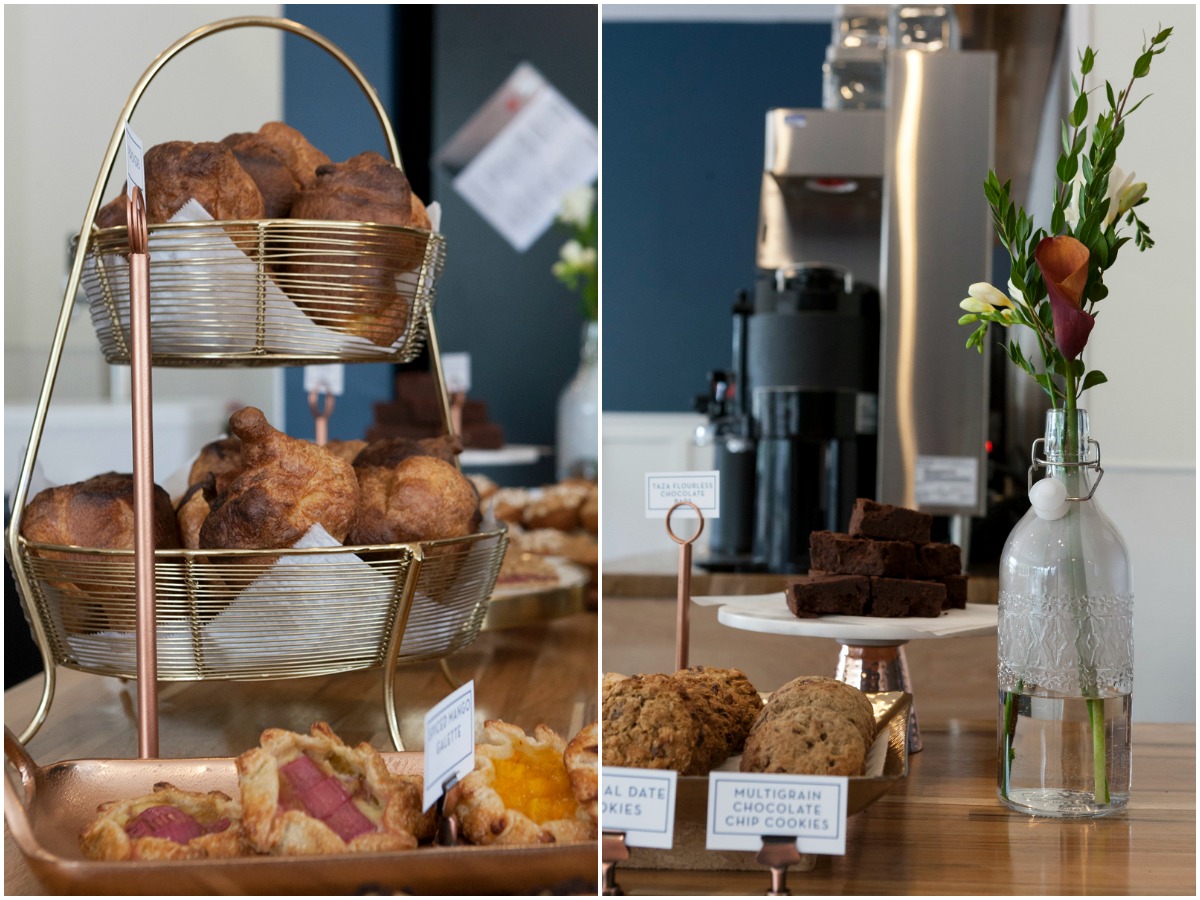 Popovers and other baked goods at Noca Provisions. / Photos by Julia Hopkins 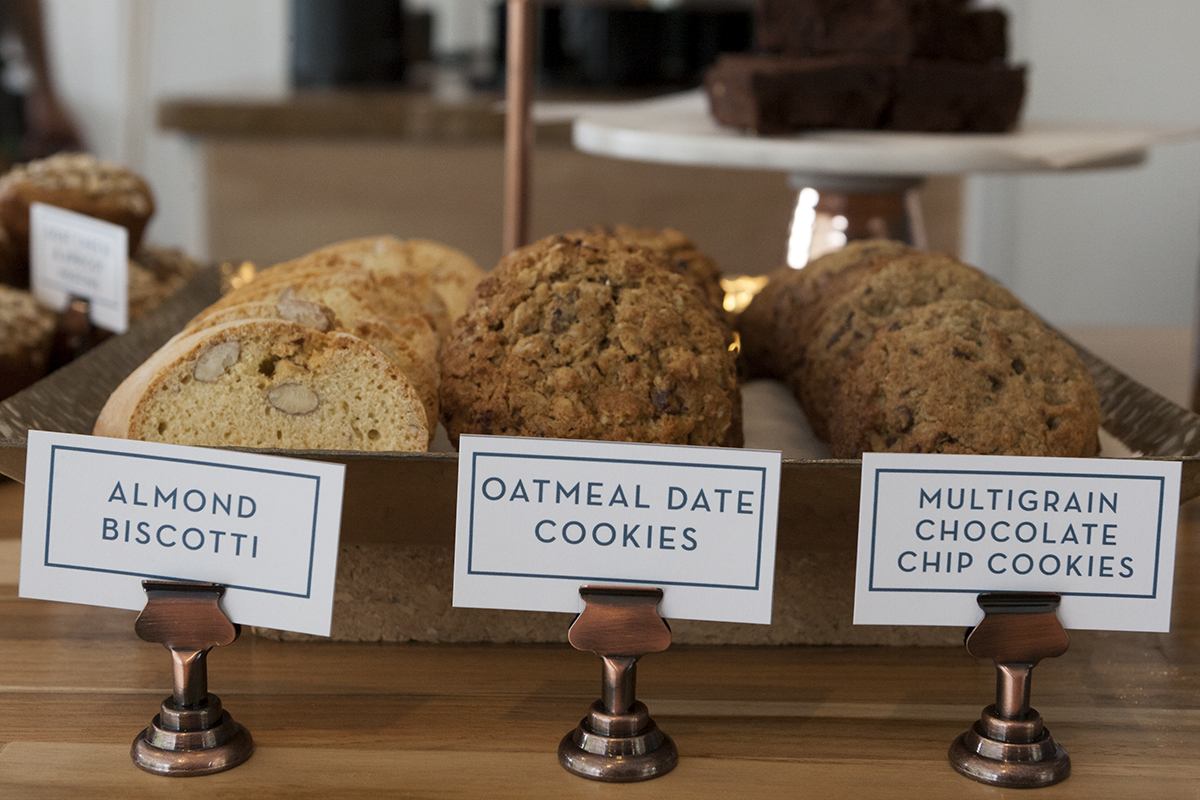 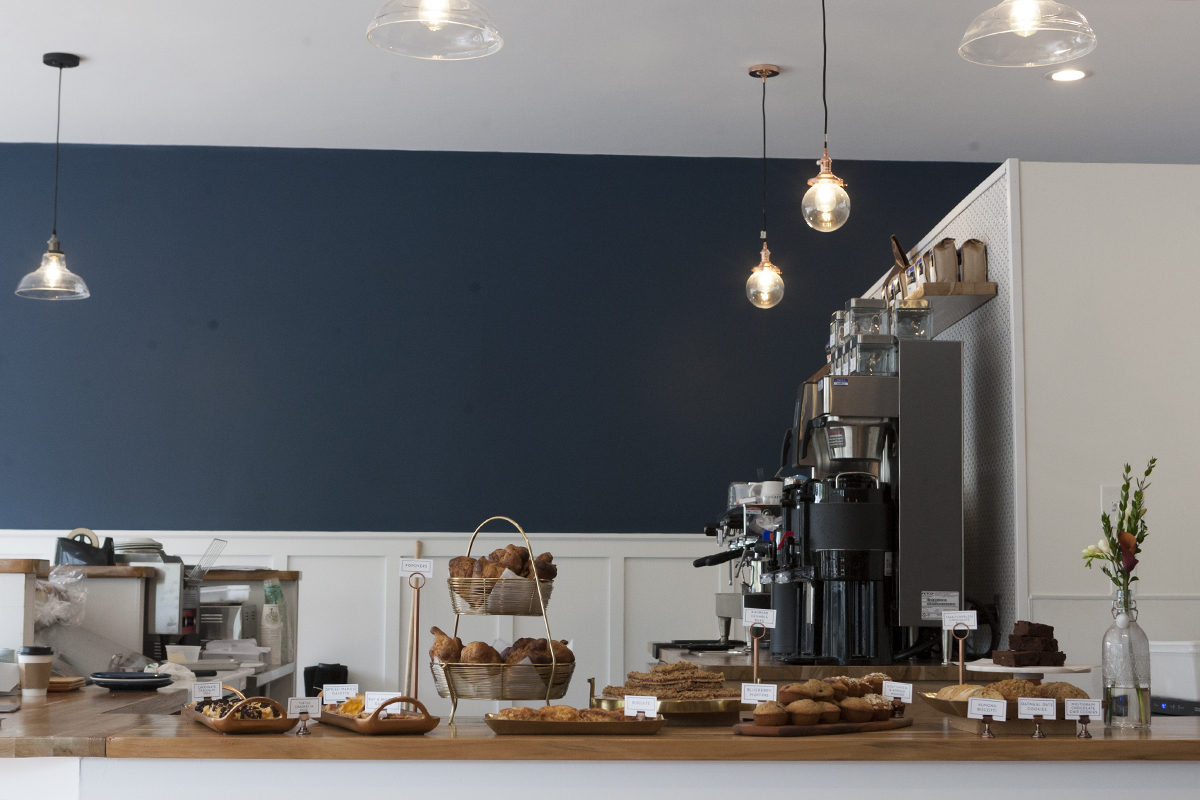 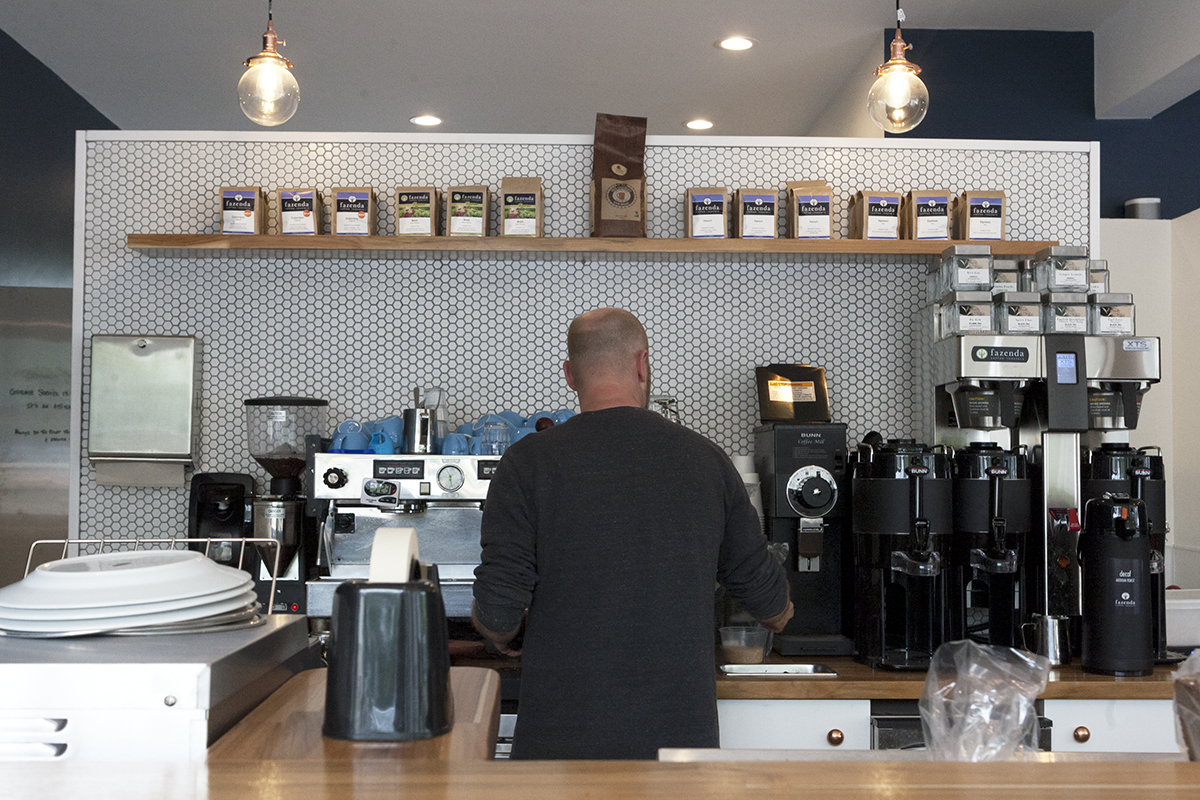 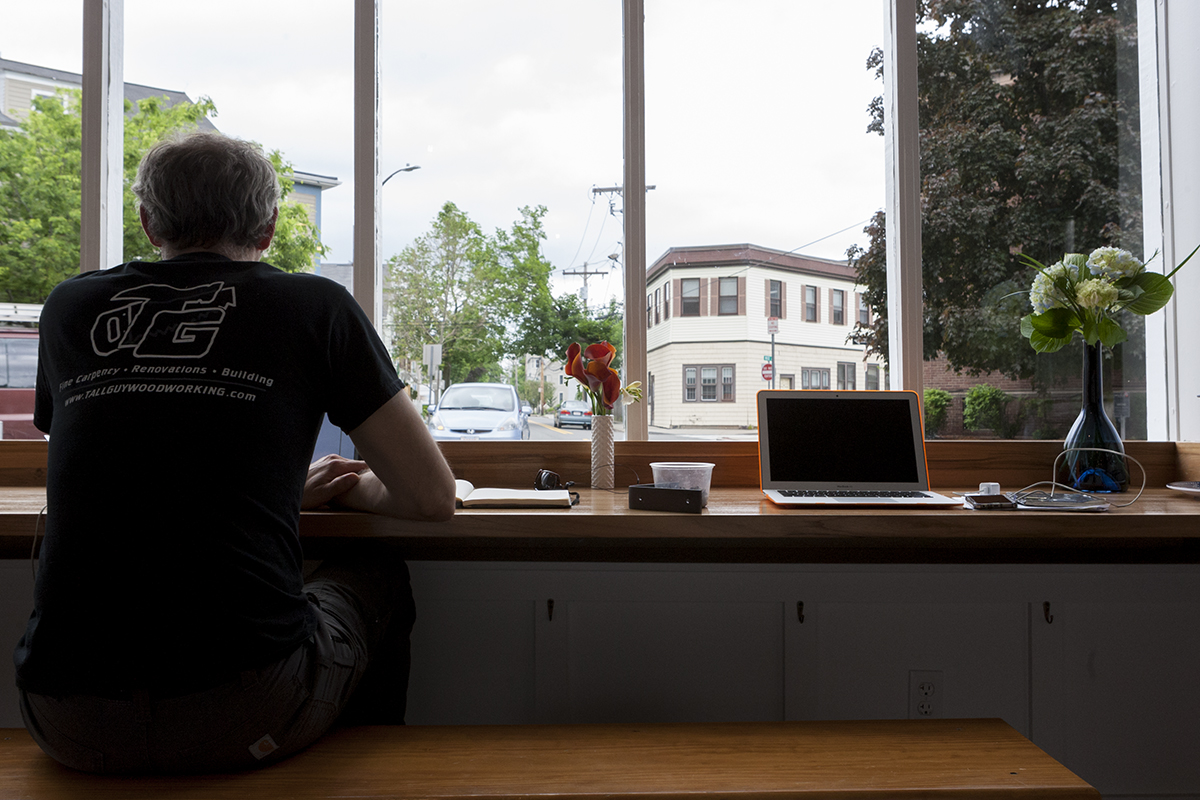