The West Roxbury-based coffee shop sources beans from a family farm in Nicaragua. 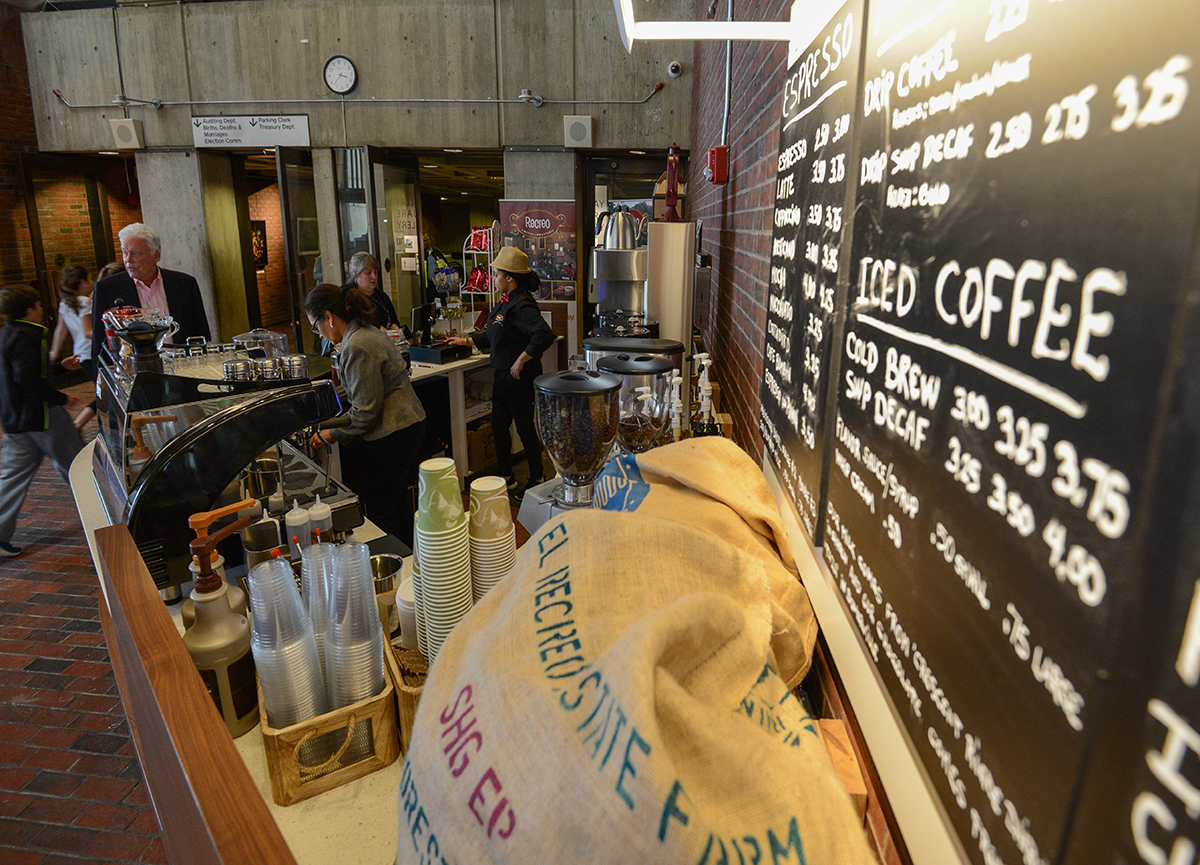 The partnership comes after the Mayor’s Office sought proposals from local roasteries and coffee shops earlier this year. Recreo, which has a roaster and café in West Roxbury, impressed the city with its “dedication to socially responsible partnerships with local organizations, including a program that promotes education and healthcare for the coffee bean farmers and their families,” says the Mayor’s Office in a statement.

“We are thrilled to bring our shop to Boston City Hall to serve workers, residents and visitors who pass through each and every day,” Miriam Morales said in a press release. “It’s especially special to be able to bring my family’s coffee beans from Nicaragua all the way to Boston.”

Mayor Marty Walsh said the couple “makes a great cup of coffee,” and he is pleased with this effort “to make City Hall a welcoming spot for everyone.”

The Recreo outpost is part of a series of renovations aimed to make the concrete behemoth a more accessible place for the city’s residents. Boston Winter festivities were part of the efforts, and other amenities coming this summer include a picnic area, a new information desk, better signage, and more.

Recreo Coffee is open at City Hall Monday-Friday from 7:30 a.m.-4:30 p.m. with a full coffee menu, plus baked goods and lunch options.