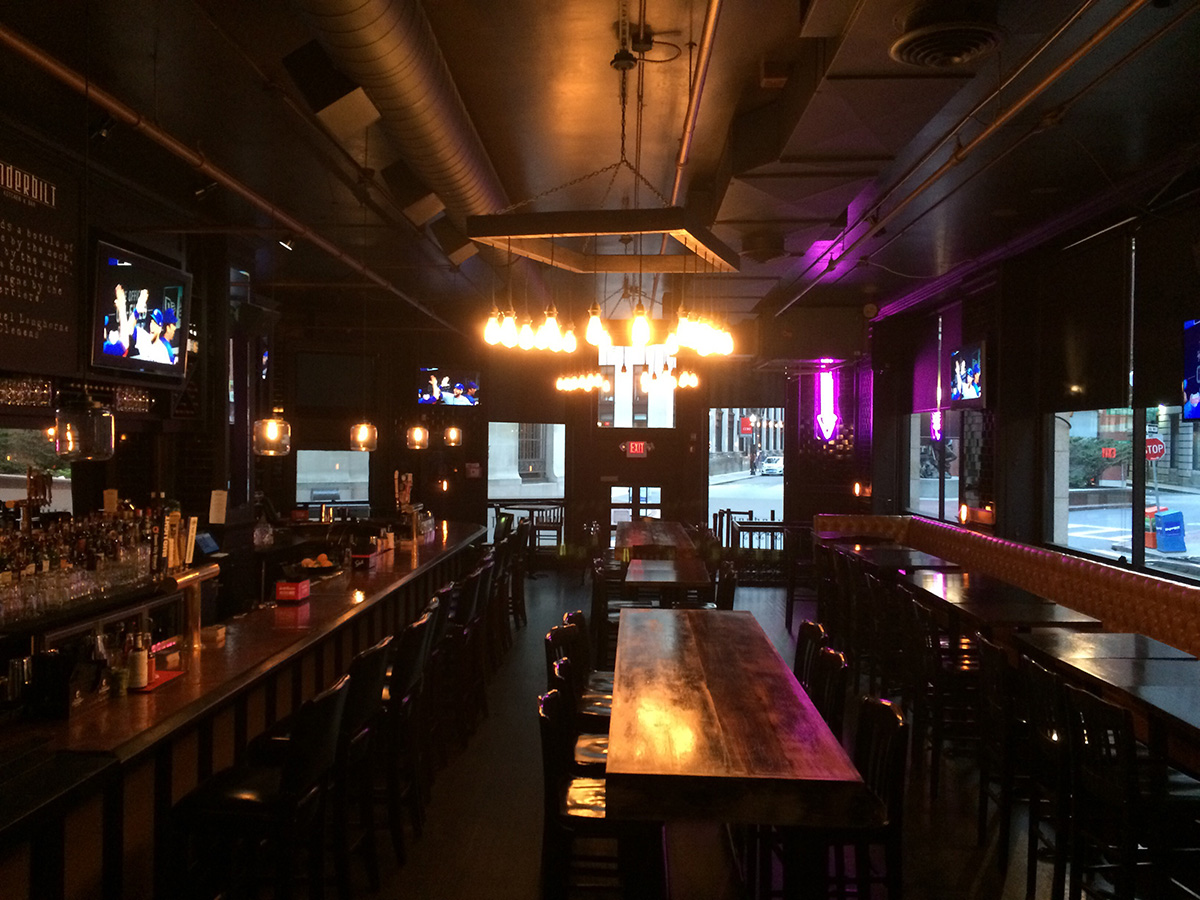 Manager Jamie Walsh, Patrick DeFreitas, the Cintolo family, and chef Jason Fiset, all behind the Downtown Crossing beer destination Stoddard’s Fine Food & Ale, are involved, and signed for the space just before Memorial Day. In the past month, they replaced Vanderbilt’s kitchen equipment, and hired all new staff, Walsh says.

“Jay is easing into the kitchen,” Walsh says. “With the real quick turnover, we are learning the space and neighborhood as we go.”

To kick off the summer season, the lunch menu will have a seasonal soft-shell crab BLT, and other sandwiches, like a Cuban and a muffuletta. New starters include Jonah crab dip, heirloom tomato with fresh mozzarella, local oysters, fried Brie, and spicy duck wings. For dinner, expect classic New England tavern fare, with entrées like slow-roasted cornish hen, Arctic char, a bone-in ribeye, and local bluefish.

The beer list will change frequently, with more draft lines and, Walsh hopes, a cask going in later this summer. To start, the lineup is mainly local beers, with a handful of West Coast, German, and Belgian offerings. It includes an Oxbow draft, something from Queen City (Burlington, Vt.), Jack’s Abby House Lager, the Belgian pale ale Taras Boulba, Ayinger hefeweizen, and more. There’s a full liquor license, as well, and cocktails will include classics, like a $9 Sazerac, and fresh takes, like a Chartreuse swizzle.

The reborn Vanderbilt will hit the ground running on Tuesday, June 20, with lunch and dinner service. A few events are already on the horizon, including a Zero Gravity Brewing Boston launch party on July 13.

For the summer, the restaurant won’t be open on Sundays, but will add those hours in the fall, based around the National Football League and Patriots schedules, Walsh says. Live music on Saturday nights will also start in the fall. Vanderbilt opens this week at 11:30 a.m.