Night Shift and Springdale Beer Team Up on a Funky Festival 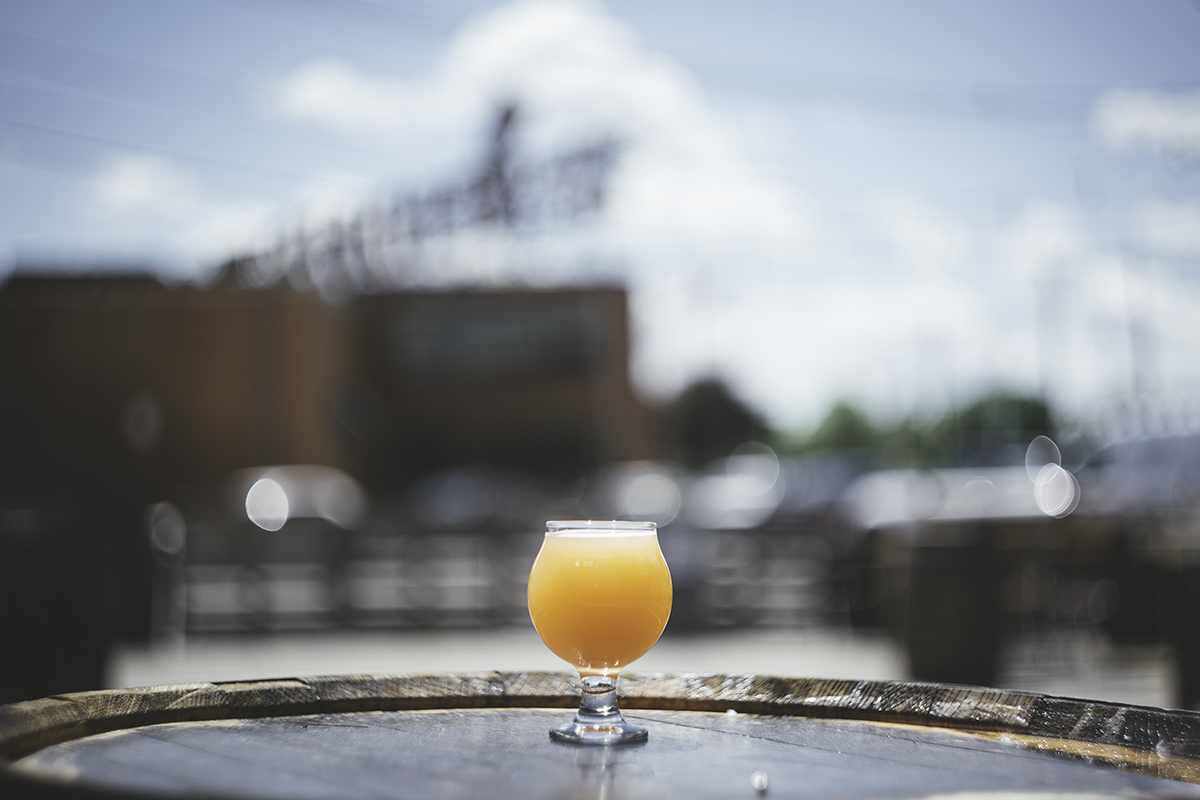 Springdale Beer general manager Joe Connolly is only speaking for himself, but he believes his company doesn’t need to go out of its way to support Big Beer.

So when Asheville brewery Wicked Weed announced last month it had sold out to Anheuser-Busch, his Framingham company was among many that pulled out from participating in Wicked Weed’s annual Funkatorium Invitational. But Springdale had already selected a charity to support at the Asheville festival—not to mention, they had a bunch of sour and wild beer earmarked for the occasion.

“We just saw an opportunity to gather together a lot of brewers who are involved in the category and inspire us, and refocus on highlighting independent breweries and supporting charities,” Connolly says.

Thus, the We’re Funk’d Festival was born. A collaboration with Night Shift Brewing, another local leader in sour beer, the two-day celebration of wild beer is coming up July 8 and 9 in Cambridge, Somerville, and Walpole.

“A brewery like Wicked Weed being acquired is a beachhead for sour beer in the public consciousness,” Connolly says.

Springdale, an offshoot of Jack’s Abby, opened its barrel room in December as a home for the company’s non-lagered brews, including a range of sour and wild-fermented ales. Night Shift has long experimented with sours, too. The fifth beer it ever brewed in 2012 was a classic Berliner weiss, says Night Shift cofounder Michael Oxton.

“We’ve continued to grow and refine our sour program since,” Oxton says. Hosting We’re Funk’d “allows us to share our love for sour beer, work with an awesome group of brewers, and bring together a community of passionate beer drinkers, all for a great cause. Honestly doesn’t get better than that.”

Springdale and Night Shift have recruited more than 30 breweries for the two-day series of events. On Saturday, the fun begins with a bar crawl in Cambridge and Somerville, featuring special kegs from local and visiting breweries. The pay-as-you-go party supports different charities at each venue, including Cambridge Brewing Company, Lord Hobo, Meadhall, Five Horses Tavern in Davis Square, the Rosebud, Foundry on Elm, and Redbones.

At We’re Funk’d, Springdale is supporting the National Multiple Sclerosis Society, while Night Shift’s charity of choice is the Easter Seals. Both organizations will be represented at the festival, along with other non-profits brought in by other breweries, Connolly says.

“With two months to spare, we wanted to bring all these breweries in town, but we didn’t know if we could get a one-day license, and we also felt like having different venues would keep [beer fans] engaged,” Connolly says of creating a dual-concept festival. “We also wanted a traditional session where you’re outside, drinking a beer with live music. You won’t believe you’re 20 minutes from Boston.”

The Boylston Schul-Verein German-American Club is about four miles from the Norwood Central commuter rail station, and the Mass Brew Bus is providing shuttle service between public transportation to the venue on Sunday. If you have a designated driver, a $10 limited-consumption ticket includes three, 2-ounce samples, plus a voucher for food.

Each brewery—check out the full lineup below—is bringing two or three different sour or wild beers. Connolly is still in the midst of collecting that information, but he’s excited to share Springdale’s Apriculture, an apricot sour oak-aged for nine months. Stay tuned to Springdale’s social media for more details ahead of the funky weekend.