The Cambridge Public Health Commission ruled in favor of neighbors who complain of smoke problems. 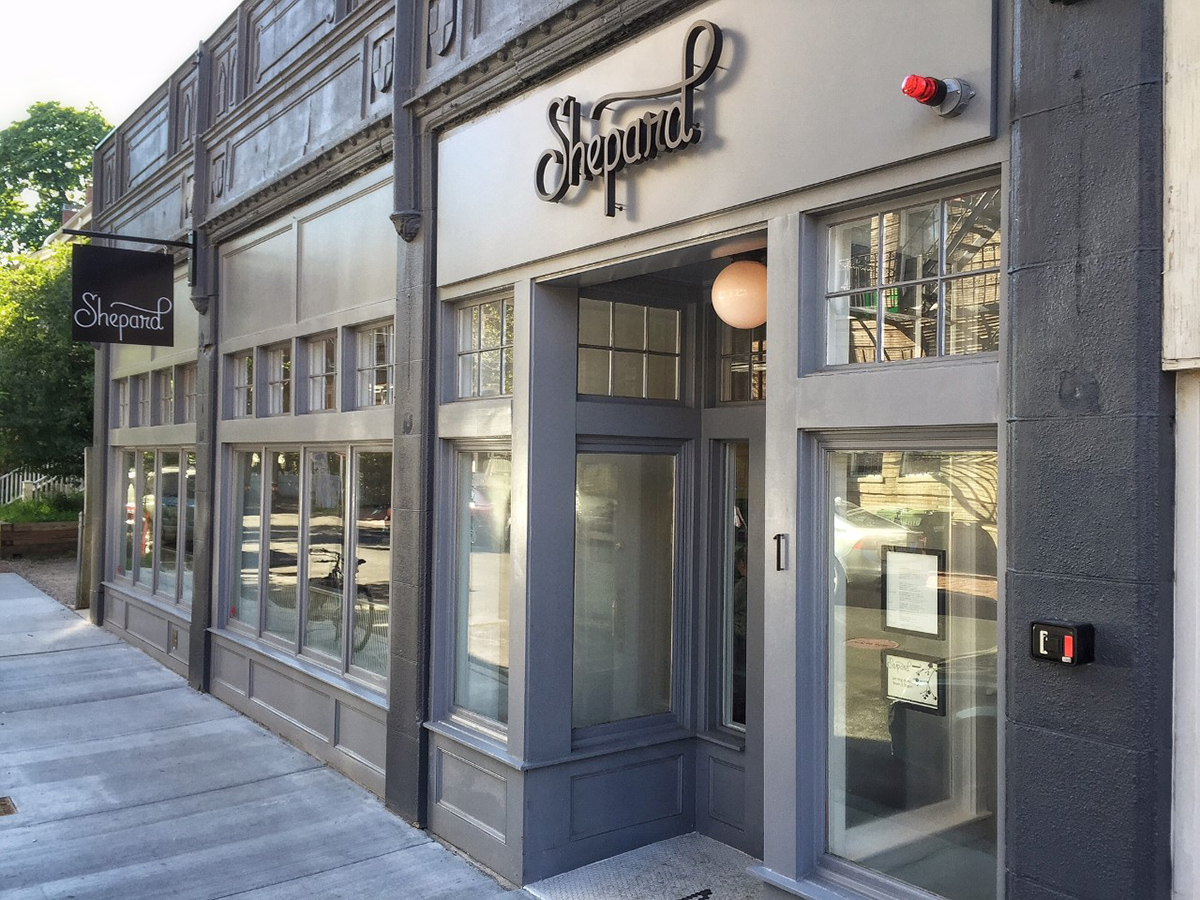 Live-fire cooking is at the heart of Shepard, where good ingredients inspire with simple preparation and rustic presentation. But the City of Cambridge has ruled in favor of neighbors who have complained about smoke lingering in the neighborhood, and have order the restaurant to stop cooking with solid fuel.

Commissioner of Public Health Patrick Wardell issued the decision yesterday, the Boston Globe reported. It comes following an April hearing on the matter, with testimony about “numerous complaints” over two years from neighbors. The notice reads:

Chefs-owners Susan Regis and René Becker told the Globe they would continue business as usual at Shepard, but over a gas flame.

Prior to the decision, the co-owners made attempts to mitigate the repercussions of cooking over live fire, Becker said in response to the hearing. He provided Boston with a timeline of Shepard’s actions related to the smoke issue, which shows they spent more than $100,000 to make changes, following the first neighborhood complaint two weeks after Shepard opened in 2015.

Other steps include installing new ductwork at two separate times, as well as installing a particle-capturing scrubber on the ventilation system, switching to a drier wood, and supplementing the fire with more charcoal.

Opening chef Peter McKenzie said on Instagram in May that he left Shepard in part because of the smoke problems. Prior to that, McKenzie and his team added menu items that don’t cook over live fire, Becker said. Since McKenzie left, Asta chef Alex Crabb has been moonlighting at Shepard.

In May, Becker provided Boston with two letters written to the Cambridge Environmental Health Unit in support of Shepard, and said that other neighbors privately sided with the restaurant.

Kelly Kulsrud and Callum Gow, who live on the third floor of an adjacent unit, wrote, “Our unit has a wonderful rooftop deck that we love to share with friends and family. This deck also happens to look directly over to Shepard’s roof and is the closest residential living area to the smokestack by any objective measure. We want to state that the activity at Shepard has not affected our use of the deck and we often keep our doors and windows open at all hours of the day…In fact, we have only enjoyed having Shepard as neighbors.”

From across the street, another neighbor observed the scrubber installation. “Amazingly after that time we almost never smelled even a hint of the odor,” Glenn Batchelder wrote. “We very much appreciate a small business like Shepard making this type of significant investment in the interest of better coexistence with the folks living in the area.”

Boston has reached out to Regis, Becker, and Crabb for more on the future of Shepard.