Sullivan’s Is Taking Its Talents to the Hood Milk Bottle

The Castle Island staple is bringing a limited menu of hot dogs, lobster rolls, and more to the iconic landmark in Fort Point. 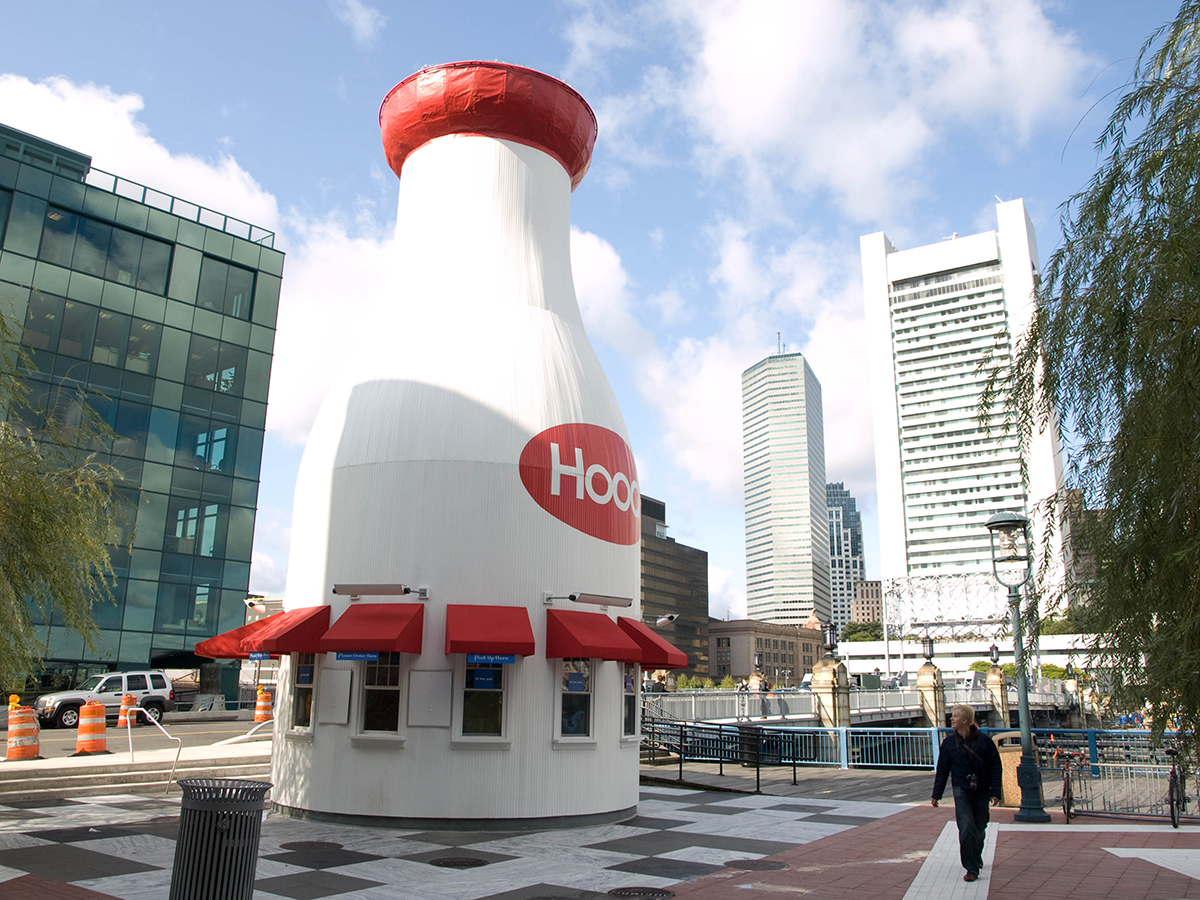 A unique snack stand in along the Fort Point Channel has a new local tenant: Sullivan’s, the famous grill and seafood spot on Castle Island, is opening a seasonal outpost in the Hood Milk Bottle.

Third generation owner Brendan Sullivan’s license request was posted late last week, and picked up by a couple blogs. Reached by phone at Castle Island today, Sullivan confirmed his family business is bringing a limited menu of favorites to the Boston Children’s Museum patio this summer, from June 28 through September.

Sullivan’s won’t have a fryolator—so no French fries—or a charcoal grill inside the milk bottle, as there is no hood vent at Hood, Sullivan says. But there will be a panini grill for hot sandwiches, and there is potential to grill hot dogs outside, he adds. Expect hot dogs, lobster rolls, salads, grilled chicken sandwiches, fruit cups, bottled beverages, and soft serve.

“It’s the next three months to see how it goes. If it works out, we’ll talk about maybe doing it next year,” Sullivan adds.

A mutual associate of the museum, which has hosted the Taunton-born Hood Milk Bottle since both relocated to Fort Point in 1977, and Sullivan’s connected the two parties about this summer’s opportunity. Sullivan’s had been exploring the possibility of opening an outpost at Hingham’s Bathing Beach, but they have tabled that plan for now in favor of this one, Sullivan says.

“We’re definitely open and willing [to expand Sullivan’s] if a situation and spot will work for our brand,” he says.

Once Sullivan’s at the Hood Milk Bottle gets up and running, it will basically follow the museum’s opening schedule, and serve daily from 11 a.m.-6 p.m., and later on Friday and Saturday nights. The museum has tables, chairs, and umbrellas outside, as well as indoor seating. The new restaurant will staff up with a mix of new hires and employees at the Castle Island location, Sullivan says.

“We’re happy to be partnering with the Boston Children’s Museum,” he says.