Far from the Tree Cider Bought an Apple Orchard in Maine

The long-term plan is to open a satellite tasting room on conservation land to showcase heirloom apples grown there. 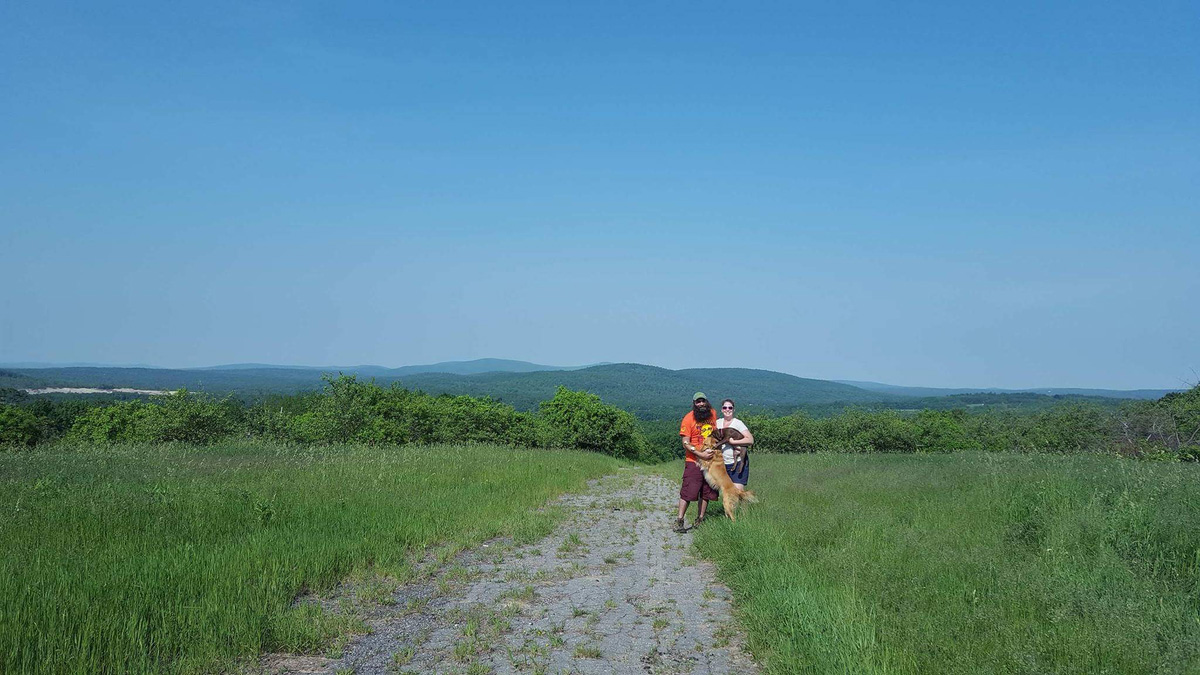 Far From the Tree Cider owners Al and Denise Snape worked with a trust to purchase the former Romac Orchards in Acton, Maine. / Photo provided

Since launching in Salem in 2014, Far From the Tree cider maker Al Snape has used all Massachusetts apples in his fermentations. But that will change in the next few years: Snape and his business partner and wife, Denise, just finalized the purchase of a 120-acre orchard in Acton, Maine, with the eventual goal of harvesting a variety of uncommon, heritage apples for cider-making.

Far From the Tree worked with the Maine Farmland Trust and Three Rivers Trust to buy the property, and Snape hopes to one day open a satellite tasting room on the conservation land.

“The intent of the trust is to maintain it as an agricultural orchard, and maintain the forest land,” Snape says. Far From the Tree has been completely transparent about their intentions to open a cider house there someday, and the trusts “think it’s a great use. If we can create something that works with the land—makes what the land produces something that people are willing to pay for—it helps.”

That’s really why the Snapes made this move. Owning a cider apple orchard has been in the back of Snape’s mind since Far From the Tree’s conception, he says. Since he dove into learning about cider-making in England, Snape has loved using bitter-sharp and bittersweet apple varieties, like Kingston Black, Redstreak, Yarlington Mill, and a Boston native, Roxbury Russet. But these often gnarly, not-great-eating apples aren’t tremendously popular for orchardists to grow. Furthermore, many northeastern orchards have been grubbed up anyway, as they can’t compete with cheaper, hardier imports from South America, the West Coast, and other growing regions, Snape says.

“It’ll be interesting, for sure, to see if it works—if we can create an economy that uses this product in a way that’s sustainable,” he says. “We want to be open and collaborative about the whole thing, to share with other cider makers and orchardists what we learned. It might help the whole industry.”

Farnum Hill, Shacksbury, and other cider companies have orchards, but the fact that Far From the Tree’s plot will be entirely cider fruit is unique, Snape adds.

Formerly Romac Orchards, the land in Maine was most recently someone’s hobby orchard, though it offered pick-your-own several years ago. Currently it features about 20 planted acres of common Macintosh and Cortlands. Far From the Tree does use Macs in cider-making, but Snape’s plan is to graft the usable acreage into a selection of bitter-sharp and bittersweet apple varieties. He also plans to plant an additional 15 acres, for a total 35 acres, or about 5,000 harvestable trees, give or take. At that point, Far From the Tree would open a tasting room and production facility to showcase only the fruit grown on their land.

“I definitely want a place to drink amongst the trees,” Snape says, “[but] I don’t want to throw cider on tap that’s not made there.”

So it’s a ways off. Currently, the Snapes are building a yurt so they can live on the property, off-the-grid, while they split their time managing production in Salem, and pruning and cleaning up the orchard. Snape estimates 90 percent of the trees haven’t been touched in at least 15 years.

“This year, we’ll probably get a bit of an interesting crop. I’d love to make a cider with these 80-year-old trees, just to see how it comes out,” he says.

Late in the winter and early next spring, he’ll start grafting and planting new trees, and if all goes well, some Maine-grown batches of cider could start pouring at Far From the Tree’s Salem taproom late next year. A year or two after that is when any construction would start to make Acton, Maine, a cider destination.

In the meantime, there will be “weird and interesting challenges,” like living in a yurt and working off solar power.