Fenway Park Food, By the Numbers

Ballpark figures on our favorite part of Fenway: the snacks.

The fortunes of the Red Sox may rise and fall with the seasons, but some consolation is always available in the form of a cold beer and a bag of peanuts. In fact, peanuts have historically been a big hit with Sox fans: They’ve been sold at Fenway since the first day it opened in 1912. Things have come a long way since then, with additions including a rooftop garden that supplies the park with produce and plenty of more-modern concessions for hungry visitors—think lobster rolls, clam chowder, and, from the new menu launched this season, the vividly named “meatball cone.” Whether the home team is up or down, here’s all you’ll ever need to know about the city’s dog-hungry appetite for Fenway Franks. 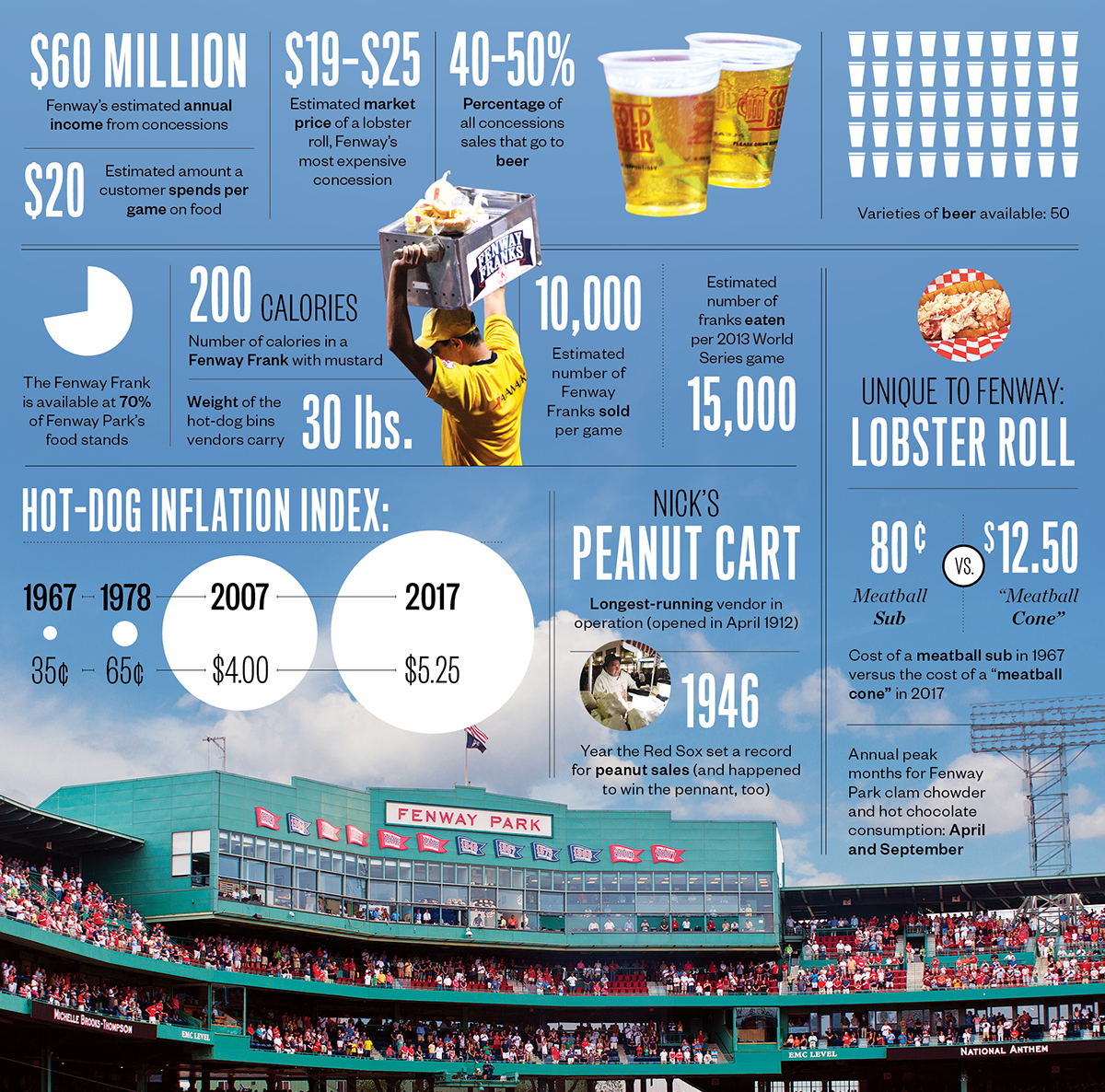