By I'm a scraper
TV

"The Zimmern List" debuts this fall with stops at Clover, Roxy's A4cade, and more. 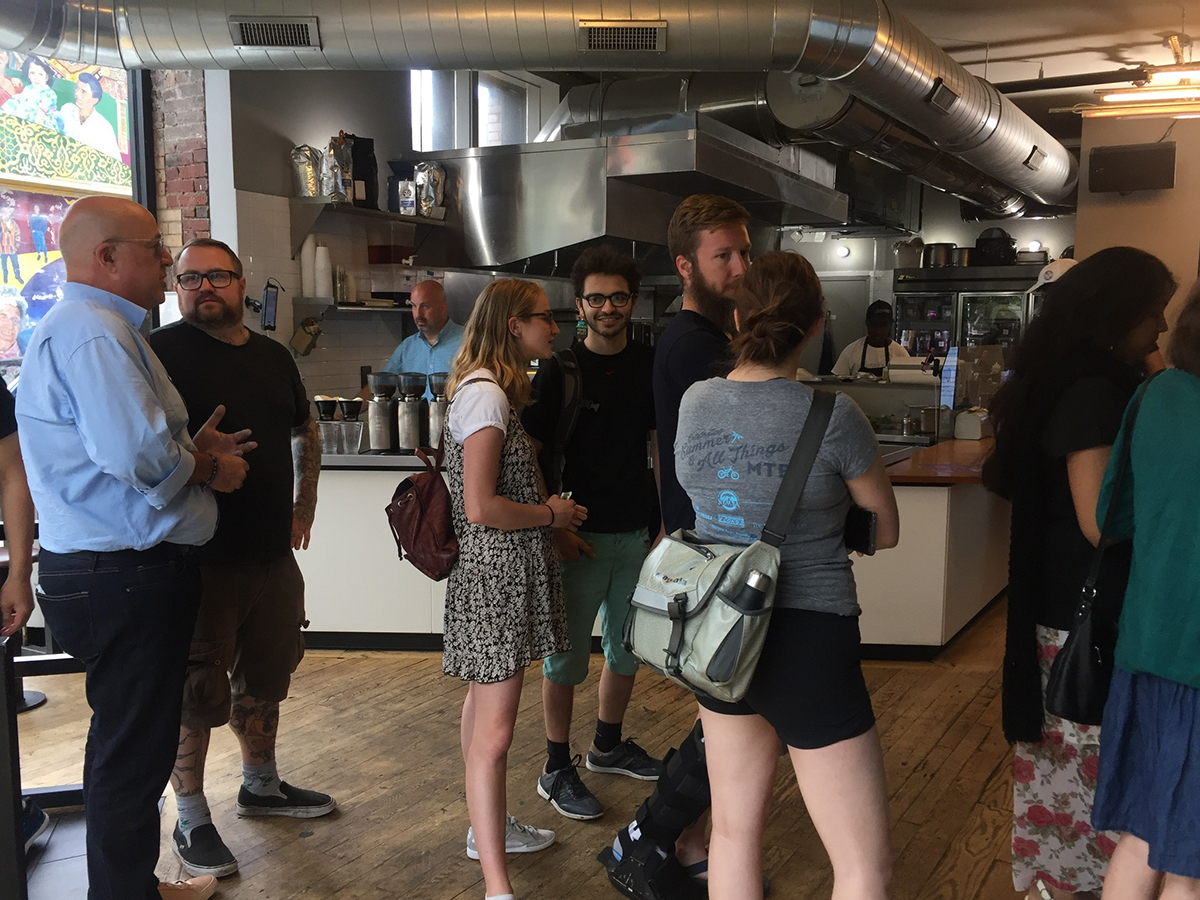 If you happened to swing by the Clover in Central Square yesterday afternoon, there’s a chance you came face-to-face with a famous face: chef Andrew Zimmern, of Bizarre Foods fame, was there filming the inaugural episode of his forthcoming new show, the Zimmern List.

The show premieres later this year on the Travel Channel. Green-lit just last week, the series will feature 18, half-hour episodes, beginning with Boston and Portland, Maine.

“The Zimmern List is Andrew’s most personal show,” says Patrick Weiland, vice president of Zimmern’s production company, Intuitive Content. “It’s his take on how to find the best food experiences at places he loves. A place is more than just food—it’s really about the experience, and all of that together makes something spectacular.”

The crew started filming in Maine, where Zimmern’s late father had retired. The elder Zimmern died two years ago, so it was “a very nostalgic trip,” Weiland says. The Zimmern List visited Five Islands Lobster in Georgetown, and Red’s Eats in Wicassett, before hitting up favorite spots in Portland, including Fore Street, the Holy Donut, and Miyake.

They were back in Boston in time for the Saint Padre Pio Procession in the North End on Saturday.

“How [Zimmern] likes to travel is to immerse himself in a culture,” Weiland says. “A lot of places are places we would not have featured in Bizarre Foods, for instance, but places he would come when he was not working.”

The crew filmed him buying bread at Bricco and other sandwich fixings at Salumeria, then picnicking in North Square.

“Boston is one of the most innovative food towns in America these days, and doesn’t get the rating it deserves,” Weiland says.

Today, the crew is meeting up with South Boston’s own Barbara Lynch. In addition to stopping at her B&G Oysters and the Butcher Shop, they have Green Monster seats tonight to see Zimmern’s hometown team, the Minnesota Twins, take on the Red Sox.

Zimmern is no stranger to Boston. He’s an entrepreneur-in-residence at Babson College, for which he visits the area regularly.

Boston was featured on Bizarre Foods America in 2012, with stops at one of Zimmern’s top five restaurants anywhere, O Ya, and Ken Oringer’s now-shuttered Clio. For that show, Zimmern also visited the North End for the best cannoli at Maria’s Pastry, he checked out Island Creek Oysters in Duxbury, and went fishing for dogfish.

The Zimmern List doesn’t have a set premiere date just yet, but keep an eye out for listings on the Travel Channel this fall.