A Doughnut Breakfast Sandwich Is a Thing You Can Have 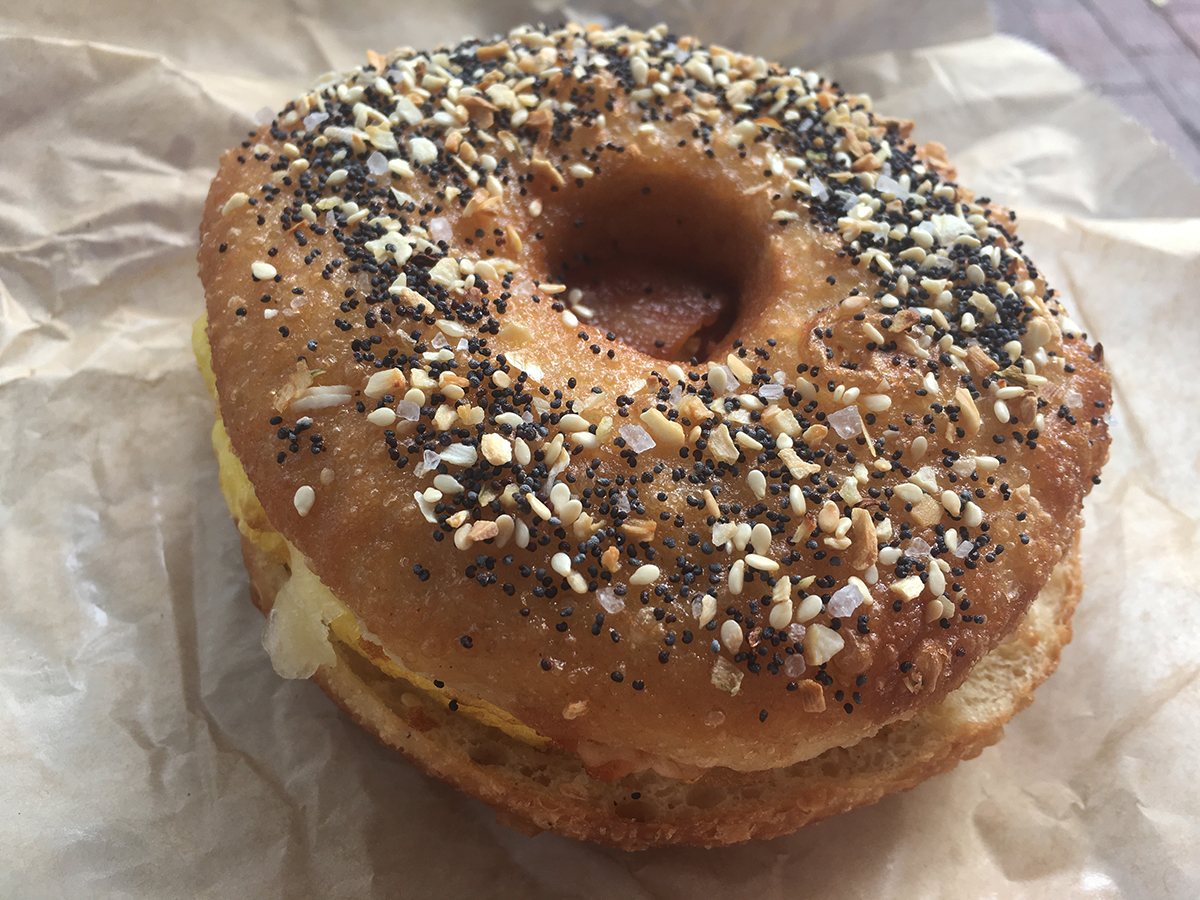 For those of us who always prefer a savory breakfast, and typically require egg-driven protein in the morning, Union Square Donuts is here for you. The winning doughnut shop just introduced a true breakfast of champions at its brick-and-mortar shops in Somerville and Brookline: Doughnut breakfast sandwiches.

Piled on a plain (read: unsweetened), raised doughnut, split through the middle, is a fluffy, scrambled egg patty, and a melted slice of Cabot cheddar, without without thick-cut bacon; or lox and cream cheese. A sprinkling of “everything” salt and/or a side of maple glaze are both optional, but highly recommended.

I saw Union Square Donuts tease the new treat on social media last night, and was the first person to order a bacon, egg, and cheese creation at the Somerville shop this morning. It took about five minutes for a staffer to make—the shop was not busy—and it was served warm, neatly wrapped in paper to go. I ate the sandwich at the bus stop, and no one looked at me questioningly.

While a friend was skeptical that the doughnut would hold up to a breakfast sandwich, I can confirm it’s a worthy bread choice, staying structurally sound through the last bite. It also was not greasy, which I thought it might be. The cheese is sharp, the bacon chewy; it’s the same cut that crowns USD’s king, maple bacon. At just $5.50, including the bacon ($4.50 without; lox is $7.50), it’s comparably priced to other restaurant-quality breakfast sandwiches that take so much of my hard-earned cash.

The sandwiches have been in the works for some time, in order to perfect the quality, USD shared on social media. Now they’re here, “And they’re even better than we thought they’d be,” the doughnut slingers said.

They’re available at both the Union Square and Coolidge Corner stores; the Boston Public Market stall doesn’t have the equipment to cook the eggs and bacon on-site, at least at this point, said a manager in Somerville this morning. But if the sandwiches prove popular, perhaps it will get cooking, too.

The sandwiches are available daily, until they sell out. Get ’em while they’re hot. 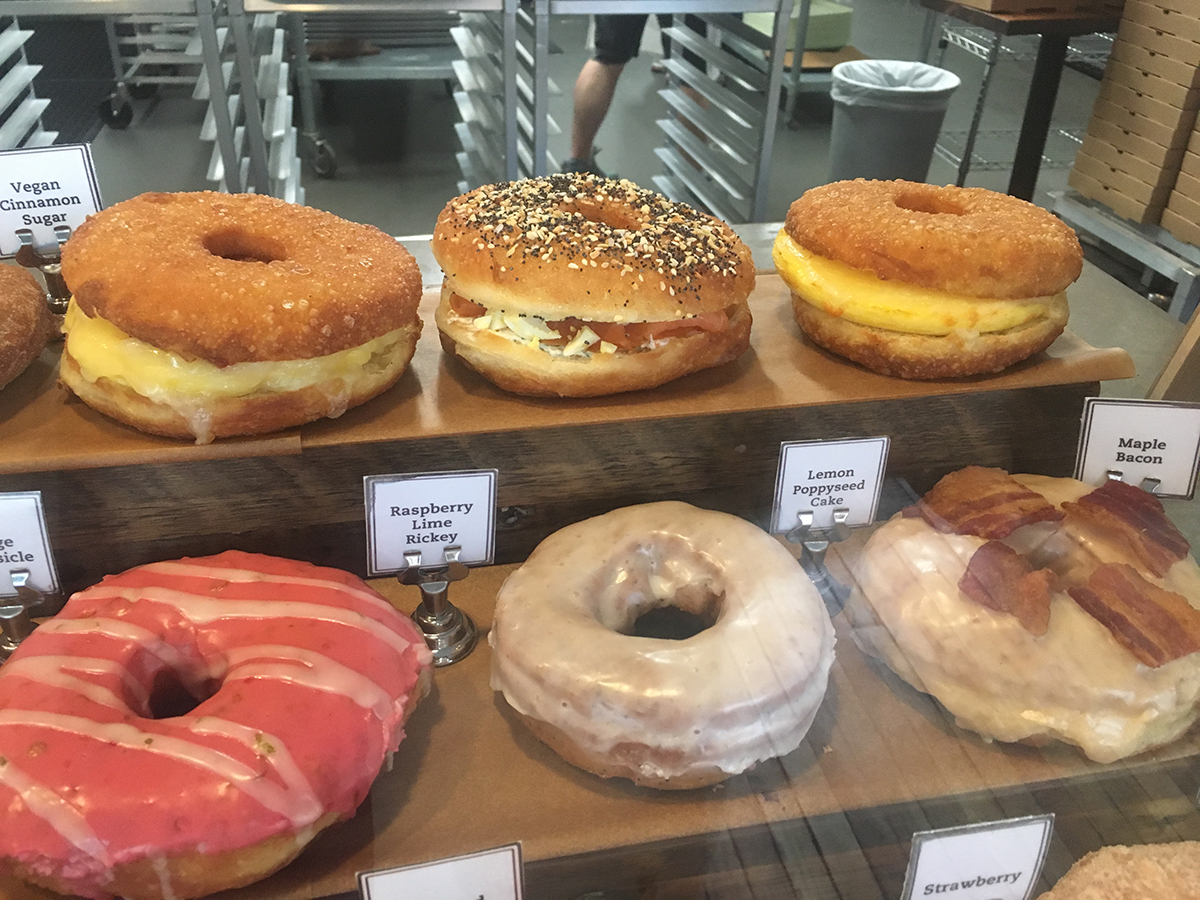 UPDATE, Saturday, July 1, 8 a.m.: This post has been updated to reflect that Union Square Donuts is making breakfast sandwiches every day.