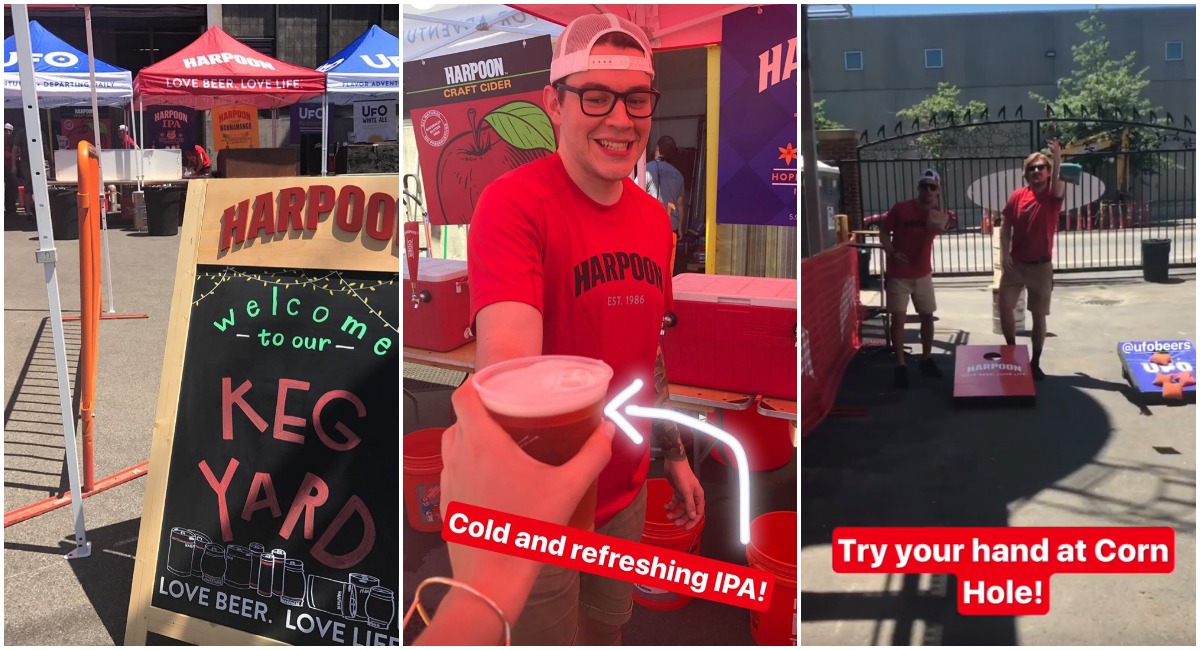 No plans for the long holiday weekend coming up? Sounds like a good time to drink outside at one of Boston’s original breweries. Harpoon softly opened the so-called “Keg Yard” last weekend, and it’s open throughout the summer every Saturday and Sunday.

The seasonal beer garden, proposed early in the spring, is a simple setup of folding chairs and tables, pallets, and kegs, which takes over what is active production area during the week, says Harpoon’s communicator in chief Liz Melby. The Keg Yard will be open every weekend, weather-permitting, through October.

There are six Harpoon and UFO beers on tap out there. Harpoon IPA, Camp Wannamango, UFO White, UFO Huckleberry, Harpoon Cider, and a TBA beer—maybe House Golden?—will be flowing this weekend, Melby says. Guests can order Harpoon’s must-eat soft pretzels and dipping sauces from the patio, but tour tickets, glassware, beer to go, and other retail purchases are only available inside the main beer hall.