The Uni and AKA Bistro alum is taking over the former East by Northeast location. 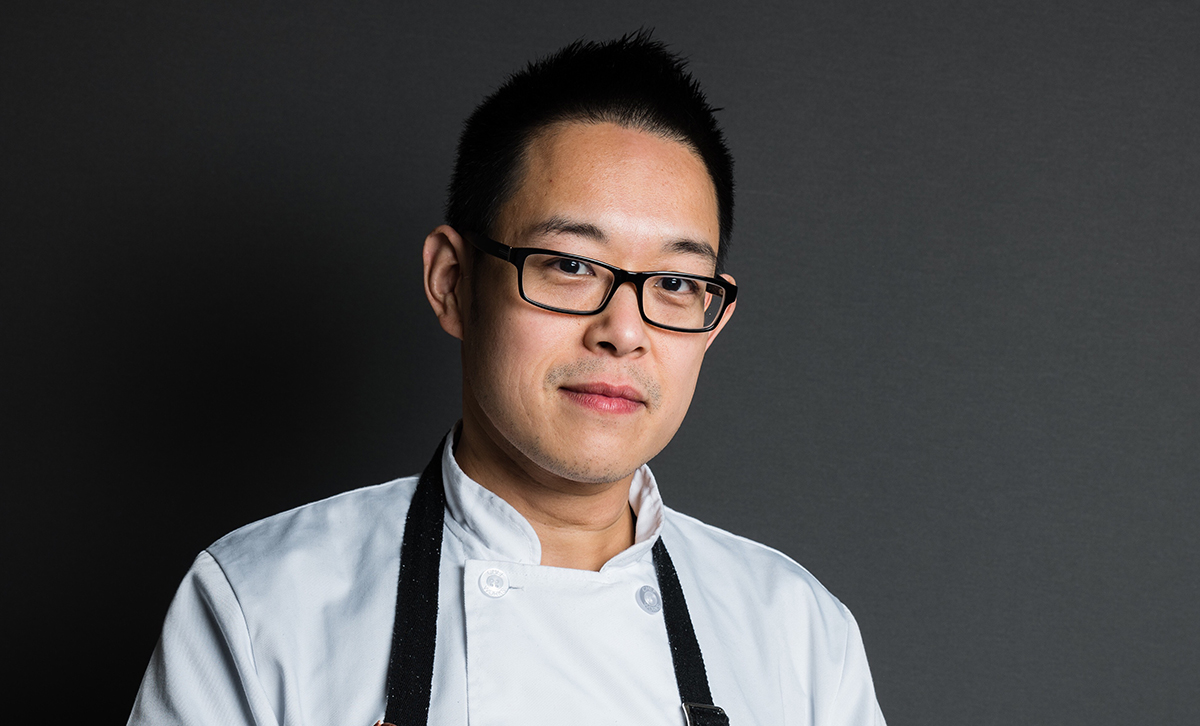 A place where Boston-area diners first fell in love with inventive Asian small plates will soon be home to a new, modern Asian concept. Chef Chris Chung, formerly of Ken Oringer’s Clio, a longtime sashimi pro at Uni, and the former proprietor of Lincoln’s AKA Bistro, is opening a new restaurant called Momi Nonmi in the small space that once housed the beloved East by Northeast.

“I really liked [East by Northeast],” Chung says. He visited Phillip Tang’s noodle shop often, and considered jumping on the space when he heard the chef was closing it to sign on with the Gallows Group at Banyan Bar + Refuge. But “the timing was not right,” Chung says.

For a brief spell, WuBurger operated a full-service restaurant in the storefront, but it shuttered last November after just six months. Chung had closed his Lincoln fine dining restaurant, AKA Bistro, in May 2016.

“The timing works out this time. I really want to do something a little different than what most restaurants are doing in Boston,” Chung says. But while the suburban, French-Japanese bistro was totally unique, Momi Nonmi won’t bear much resemblance. Chung’s new concept is a healthy, casual izakaya. “It will be simple, featuring what I’ve been eating: I’m focused on clean, healthier flavor. I want to represent my lifestyle.”

Boston Restaurant Talk spotted Chung’s name on a Cambridge licensing board document earlier this week. Yesterday, the board approved his plan.

Chung’s wife, Elaine Wong, is his business partner. The two met 20 years ago in Hawaii, and they both miss the casual izakayas (Japanese-style pubs) they frequented there. Wong came up with the name; Momi is the name of the couple’s dog, and it also means “pearl” in Hawaiian. “Nonmi” is a type of drinking place, Chung says.

The couple submitted a full liquor license application with the Alcoholic Beverages Control Commission, and plan to focus on sake, and Japanese spirits shochu and whiskey. Chung completed a Sake Professional Course in San Francisco this past spring, and is excited to feature traditional masu cup service at Momi Nonmi.

A masu cup is a cedarwood box that was meant to measure rice for sake-making. Places in Hawaii and Japan use the square boxes to serve small glasses of sake, and overflowing the sake into the masu traditionally signals the wealth and generosity of the restaurant, Chung says.

Momi Nonmi will be small, with just about 25 seats, and only four seats at the bar. Food is definitely the focus. Chung, who was the driving force behind Uni for its first six years and who continues to train employees there, will definitely feature sashimi and onigiri on the menu, as well as seasonal oshizushi (pressed sushi), he says.

“We will try to do more simple sashimi, not too complicated,” he says. “I’m still going to use Japanese fish, but focus on more local ingredients, too.”

The bulk of the menu will be “easy-going dishes,” like edamame and avocado hummus, and it will be about 90 percent gluten-free, Chung says. He’s currently developing gluten-free panko crumbs and tempura batter.

Momi Nonmi will offer lunch and dinner, and Sunday brunch-like items. On Mondays, Chung plans to close for lunch, and reopen at night with some more formal dining options.

“I got a lot of friends to help me out while I closed my old restaurant and [have been] working on this project, who give me advice,” he says. Former Journeyman chef Tru Lang, for example, has been a great collaborator. He’s currently in Japan. “When he comes back, I want him to come do a pop-up with me,” Chung says.

Chung himself has been biding his time since AKA Bistro with extensive, catered omakase dinners. “I don’t want to give up what I love to do, so maybe we’ll do some Monday omakase nights.”

After the challenges of doing fine dining in the suburbs, Chung is excited about the Inman Square neighborhood. He says chefs Ana Sortun (Oleana) and Will Gilson (Puritan & Co.) wrote to the Cambridge licensing board on the new restaurant’s behalf.

“I’m excited to have some good friends around me for support,” Chung says.

They have not yet started any renovations to the space, but he expects they will be fairly minimal. Pending success with the ABCC and future health, building, and other inspections, Chung says Momi Nonmi could open in October or November. 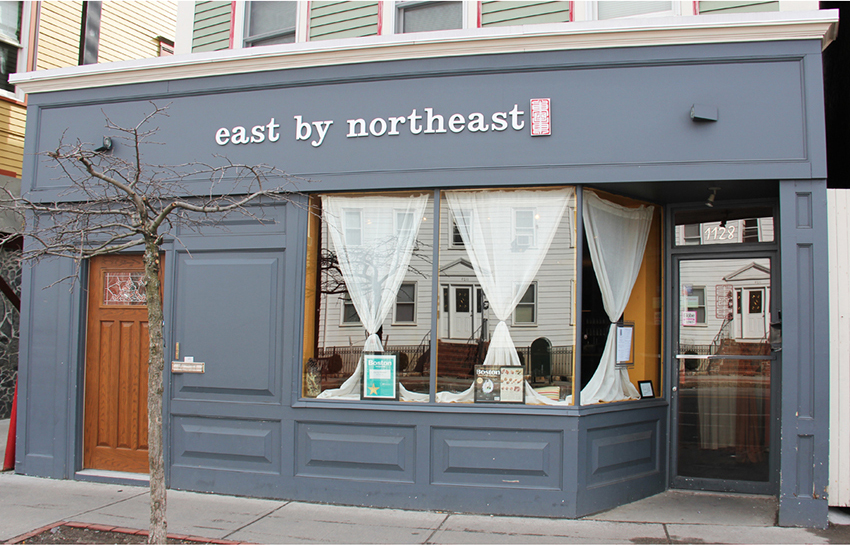 East by Northeast closed in 2015. / Photo by Michelle Goldstein for Best of Boston 2013