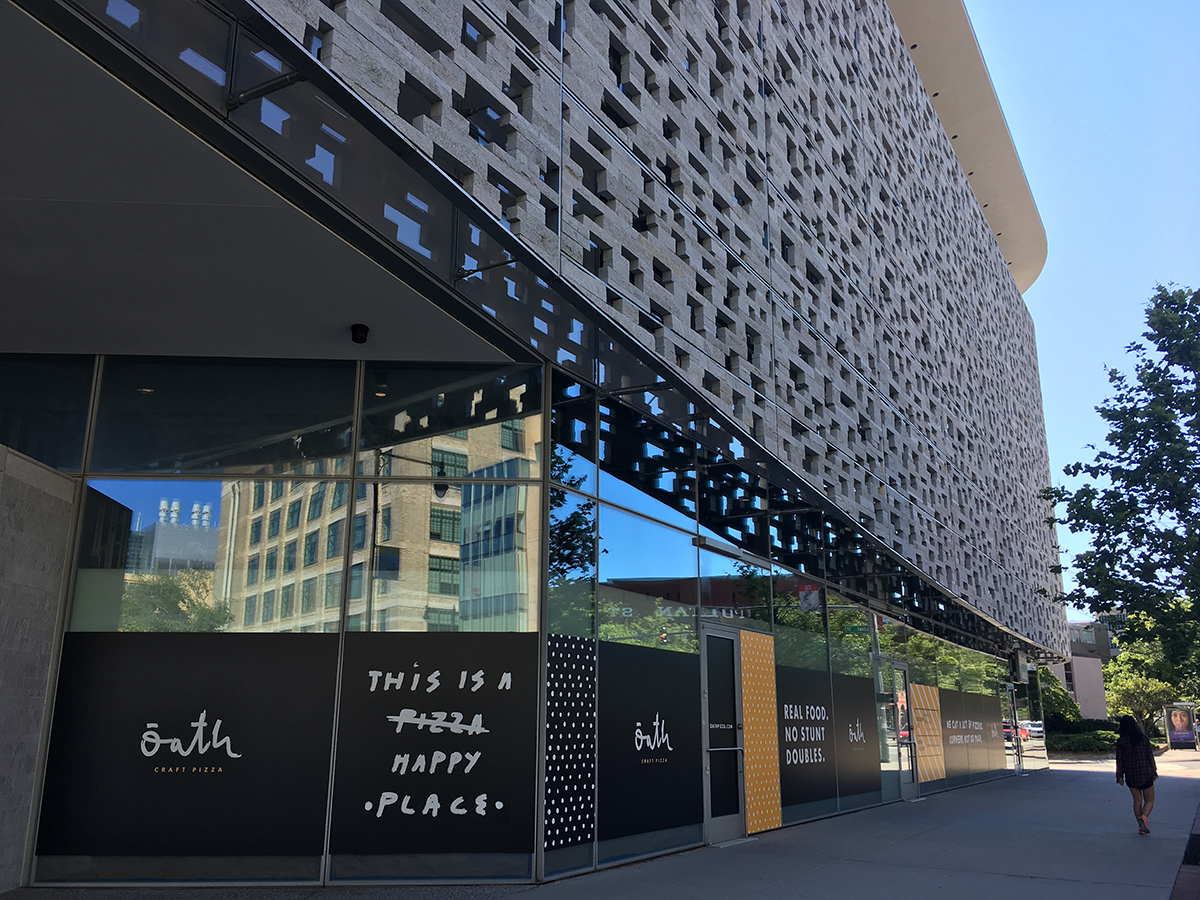 Oath Craft Pizza signage has gone up in the Maya Lin building on the Novartis campus in Central Square. / Photo by Jacqueline Cain

Oath Craft Pizza recently raised $7 million in venture capital to expand its proprietary pizza brand—and that can buy a lot of beer. The Nantucket-born, Boston-based company is adding beer and wine on draft at three of its local restaurants this weekend, and it has a lot more in the works, too.

Signs are up in Cambridge for the company’s sixth restaurant, opening later this summer in Central Square. It also has another outpost in the works in Fenway, slated for a fall 2017 opening, as well as their first location outside Massachusetts, opening this fall in Fairfax County, Virginia.

Lead by Boston venture capital firm Breakaway, the latest round of series B funding brings Oath’s intake to $16 million since it started in 2015. This fundraising is fueling the company’s rapid growth: In addition to the three forthcoming spots, Oath plans to continue growing “throughout Boston and around the East Coast with possible additional shops opening within the next year,” according to a press release. In August, it will move its headquarters to a large, historic office in the Sears Crescent Building, on City Hall Plaza in downtown Boston.

Oath selected the Cambridge location near MIT—on the ground floor of the Maya Lin-designed building on the Novartis campus, right next door to the newest Saloniki—and Fenway to target customers looking for “unique, healthful” dining options, the company says. Their savory and sweet pizzas, topped with sustainably sourced ingredients, feature a thin, crispy crust, grilled and seared in avocado oil for a singular crispiness.

“We’re sourcing ingredients free from chemical additives, hormones and antibiotics because we’re committed to doing the right thing for our guests and the food system,” said CEO Patrik Hellstrand in a press release.

Oath opens this summer in Central Square, and will debut in the fall on Boylston Street. In addition to the four locations mentioned above, the brand also has an outpost inside South Station.