Plus, the venerable steakhouse has signed on executive chef Brian Kevorkian and general manager Meredith Gallagher. 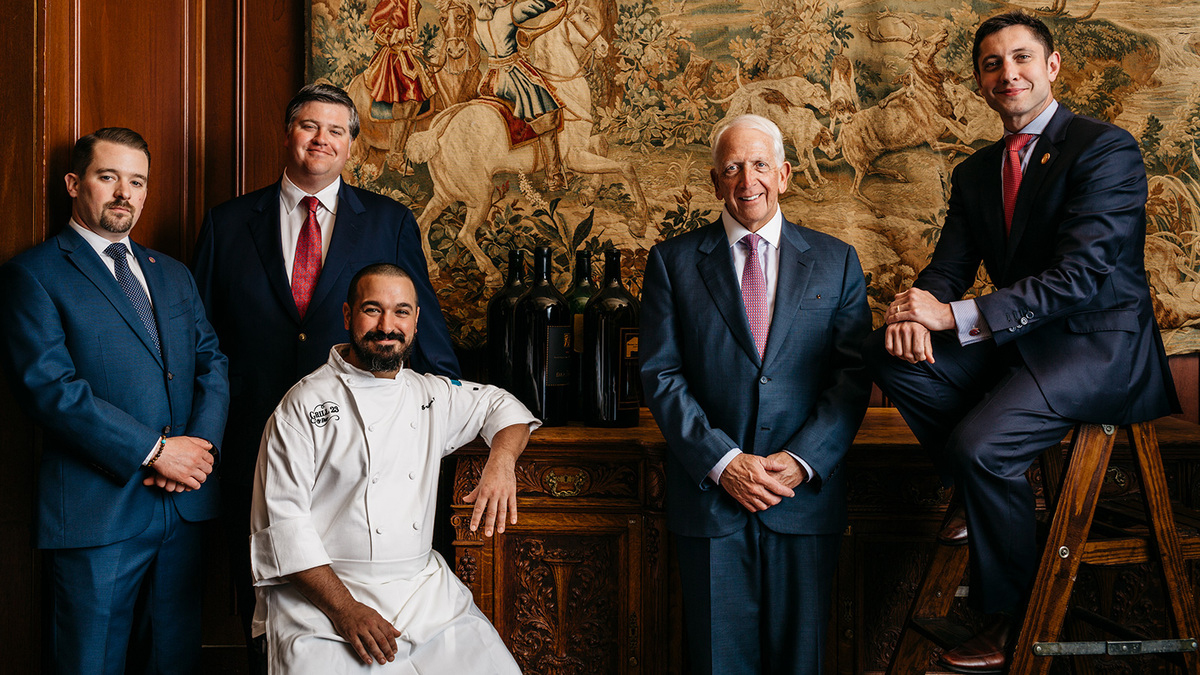 The best steakhouse in Boston also has one of the preeminent wine programs in the entire country. The latter recognition is just in from Wine Spectator, which singled out Grill 23 & Bar as one of just five Grand Award winners on its 2017 Restaurant Wine List Awards.

Grill 23 is the first Boston restaurant to get the highest distinction from the magazine. It joins 89 other restaurants worldwide. The Grand Award stands for a “serious breadth of top producers, outstanding depth in mature vintages, a selection of large-format bottles, excellent harmony with the menu and superior presentation.”

Master Sommelier Brahm Callahan and wine director Brad Fichter deserve the accolades. Beverage director for the entire Himmel Hospitality Group, Callahan oversees the wine program at Grill 23, and sibling spots Post 390 and Harvest. At Grill 23, there is a deep reserve of aged California Cabernets, more than 150 bottles of Champagne, and more in its 2,000-plus-bottle wine cellar.

“It is an honor… We’re thrilled to be in the company of some of the most prestigious wine programs in the world,” Callahan said in a press release. “I couldn’t be more proud of the talented team of sommeliers and the staff at Grill 23 who have brought so much passion to the wine program,” he continued, noting the 100-strong team is “committed to continuing their education through weekly wine-focused seminars, regular tastings, and monthly sessions covering a broad range of topics and industry news.”

In other big news from the Himmel Hospitality flagship, Grill 23 recently hired Brian Kevorkian as executive chef, and Meredith Gallagher as general manager.

Kevorkian, a Massachusetts native, began his career at a 5-star Relais & Chateaux property, the Blantyre, training under Relais & Chateaux Grand Chef Christopher Brooks. He continued on at Michelin-starred restaurants including Danny Meyer’s Eleven Madison Park and the Modern, before becoming executive chef at the Clocktower in New York. At Grill 23, Kevorkian’s own flair can be seen in creative riffs like the new 70-day “Rye Aged” whiskey-infused tomahawk ribeye, and grilled branzino with salmoriglio and charred lemon.

Gallagher joined the venerable team in late 2016. Most recently director of operations at Steel & Rye, her stacked resume also includes being opening GM at Matt Jennings’ Townsman, and stints at Menton, Craigie on Main, and Radius.

“We’re so pleased to be named among the five Wine Spectator Grand Award winners for 2017,” said Himmel Hospitality owner Chris Himmel. “Under Brahm’s expertise, we’ve reinvested in the wine program at Grill 23 and set a goal to surpass our guests’ expectations for an excellent wine experience. We’re proud to have a talented team at Grill 23 that is excited at the opportunity to continue their wine education and share their expertise with our guests.”

The complete Restaurant Wine List Awards is in Wine Spectator’s August print issue, and can be found online at restaurants.winespectator.com.