The bachelorette had to stop, drop, and roll inside the Chinatown restaurant. 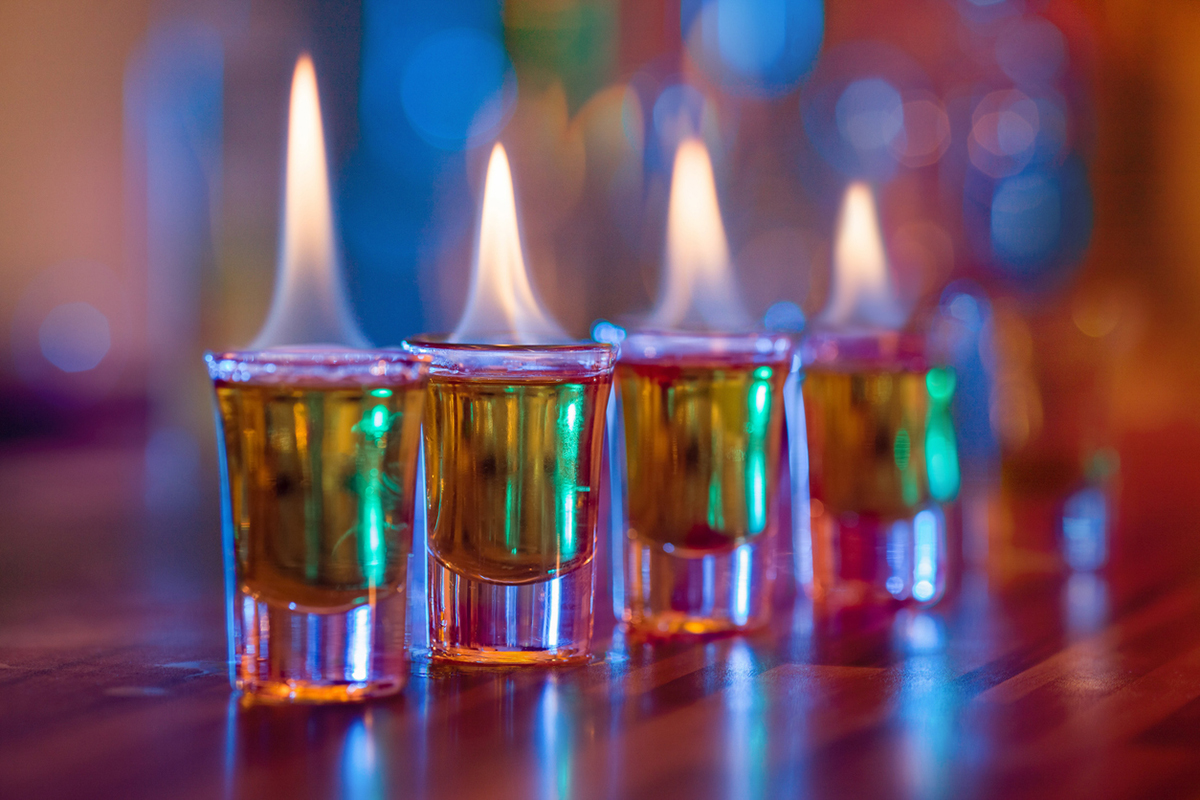 Oh, yeah, flaming cocktails are one reason why you should always remember basic fire safety tips.

The latest reminder comes from a Boston Licensing Board hearing this morning, during which Cassidy Lu, the owner of Chinatown restaurant Crave Mad for Chicken, answered charges from May that a visiting bachelorette had to stop, drop, and roll at the restaurant, after a flaming cocktail “leaped” onto her torso and face, Universal Hub reports. Despite that mental image, though, the case has the potential to have deeper ramifications as another dispute over Boston’s confusing liquor licenses.

On the night of May 20, a woman from Chicago “suffered ‘severe burns to head, neck, face, earlobes, shoulders and chest’ as well as singed hair and eyebrows,” according to a lawsuit she filed, the Boston Herald reports. The victim was admitted to the emergency room, and is subsequently seeking at least $74,000 in damages.

For her part, Lu owner says it was more like “a really bad sunburn,” and that the victim’s hair was not singed.

The licensing board is considering charges against Crave for unsafe service of alcohol from the Boston Police Department, and having an open flame without a permit from Boston Fire—because apparently, restaurants need that. The Herald contacted Boston Fire Department spokesman Steve MacDonald, who said the department was investigating how its rules regulating votive candles and other fires apply to drinks.

The board must also decide if the drink complies with Crave’s alcohol license; Universal Hub says the restaurant is not permitted to serve hard liquor.

The City of Boston’s open data hub actually lists Crave Mad for Chicken as a malt/wine license holder (rather than malt/wine/liqueurs and cordials), but the recap of today’s hearing suggests the board knows the place serves sweetened, flavored boozes. Lu told the board all of the products comprising her “interpretation of a scorpion bowl” are on a state-approved list of liqueurs—it consisted of pineapple juice, citrus rum, and Blue Curacao, topped with four, ignited glasses of a whiskey-based liqueur. The Herald says that the Crave on Fire, as the scorpion bowl riff was called, was removed from the restaurant’s menu right after this incident.

Crave’s website touts “a full bar,” and features a lengthy list of cocktails and shots, including products like flavored Skyy vodkas, Fireball flavored whiskey, and “dark rum.” The definition of liqueurs and cordials has always been a blurry one. The board has asked Lu to follow up with a purchase list to prove the fiery drink’s ingredients comply with state-sanctioned liqueurs.

For the record, Boston asked the Massachusetts Alcoholic Beverages Control Commission today for its approved liqueurs list, and was sent a list from 1994. It doesn’t include any Skyy vodkas, Fireball, and other brand names that didn’t exist then, but it is “the only list” the administrative assistant has, she said.

So in addition to a good reminder of what to do if your torso catches fire, this scary story is also another reminder that Boston could really use some liquor license reform.

The licensing board will decide Thursday what action, if any, to take against Crave.