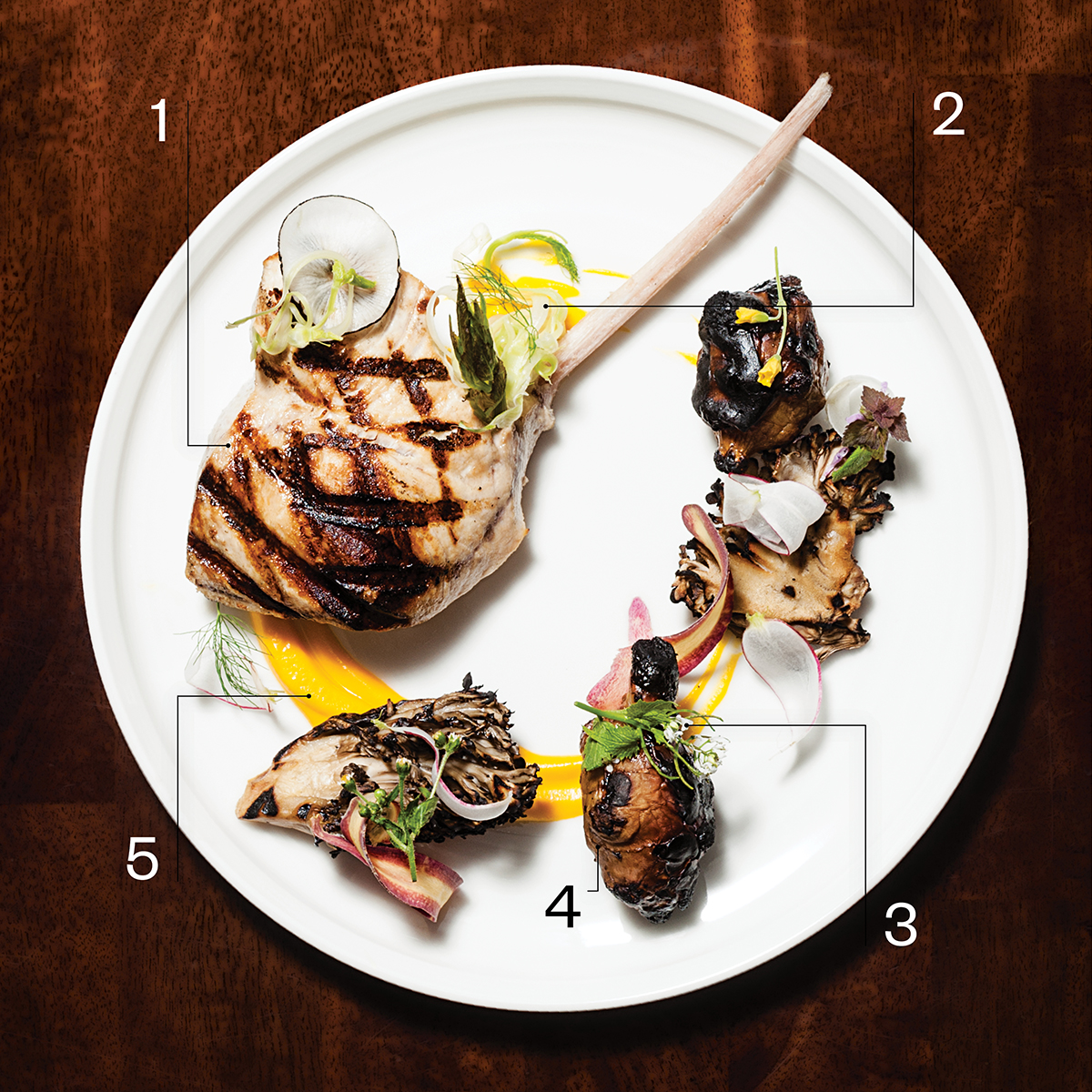 1. Prezza chef Anthony Caturano introduced O’Neil to the bone-in swordfish chop, with layers of fat that melt “like butter” when grilled.
2. Quick-pickled shaved vegetables, including kohlrabi, black radish, and fennel, add acidity in the form of a “kohlslaw.”
3. O’Neil’s executive chef, Daniel Gursha, foraged for garnishes including tart sorrel blossoms and pungent garlic mustard flowers.
4. Sunchokes are wrapped in foil, “baked potato–style,” and then cooked directly in the embers.
5. Made with just-out-of-the-ground carrots from Danvers’s First Light Farm, this purée lends a hint of sweetness to the dish.

When creating the menu for his first restaurant, the Blue Ox, Matt O’Neil took a globetrotting approach, incorporating everything from lobster tacos to Bolognese and baked Brie. But at his brand-new Salem spot, Ledger, housed in a 200-year-old former bank building, the chef is working exclusively with homegrown flavors. He’s built the concept around 19th-century New England techniques, including preserving, foraging, and live-fire cooking, done on an 8-foot-wide custom wood grill outfitted with a plancha and rotisserie. “The building just begged for the concept,” O’Neil says. “And I’ve always been a grill guy.” The restaurant’s showpiece adds flame-kissed depth to dishes such as the swordfish chop (pictured)—and fills a space once flush with merchant money with the sweet smell of wood smoke.