The Breakdown: ¡Viva Chivito! at La Bodega by Salts

A Uruguayan-inspired restaurant will soon debut in Watertown. 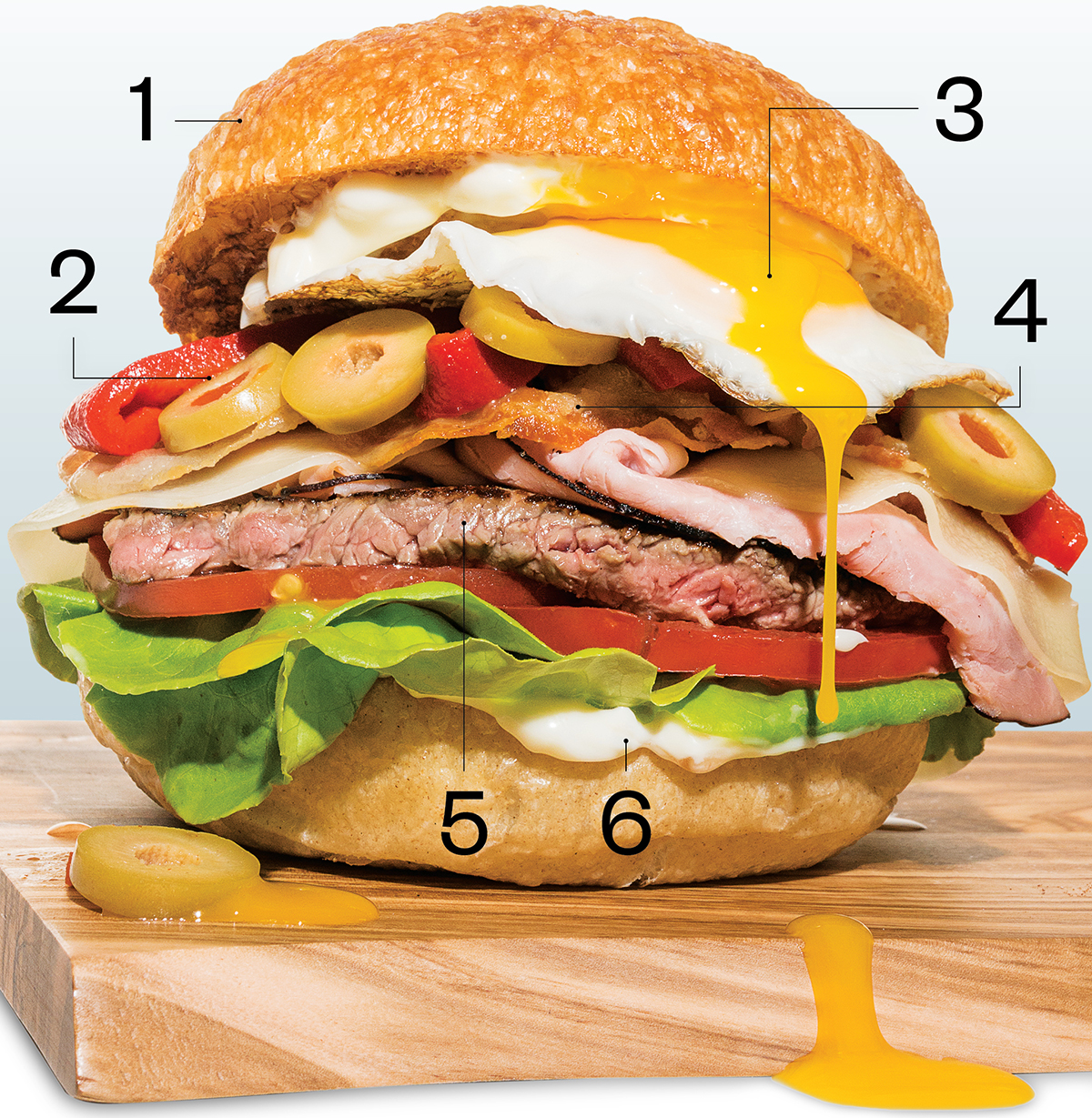 A popular street food, the chivito is Uruguay’s answer to the hamburger. / Photograph by Toan Trinh

1. “You need a bread that’s somewhat firm, so it doesn’t all disintegrate when you bite into it,” Bremer says of the French-style roll.
2. Green olives and roasted-then-pickled red peppers lend an acidic element to the rich dish.
3. A runny sunny-side-up egg yolk “almost creates another dressing for the sandwich,” the chef explains.
4. Also stuffed into the sandwich: sharp Provolone cheese, thinly sliced slow-roasted ham, and extra-crispy pancetta.
5. Grass-fed beef tenderloin is seared on a plancha.
6. House-made mayonnaise helps hold it all together.

As his Cambridge restaurant, Salts, was nearing its 10th anniversary in 2014, chef Gabriel Bremer cooked what turned out to be a prophetic meal for Catalan culinary wizard Ferran Adrià. Instead of trying to impress the chef with his usual technique-y, French-leaning cuisine, Bremer prepared tapas reminiscent of what his wife, Analia Verolo, grew up eating in Uruguay. To their surprise, the dinner service ended up being one of the restaurant’s last, due to damage from a burst water pipe. But it also offered inspiration for the couple’s new concept, La Bodega by Salts. Set to debut later this year, it’ll feature Uruguayan-style shareable plates such as sweetbreads with verde sauce, sea-salt-roasted prawns, and the country’s national dish: the mighty, meaty chivito sandwich (pictured).