Look Inside Sumiao Hunan Kitchen, Opening This Week in Cambridge 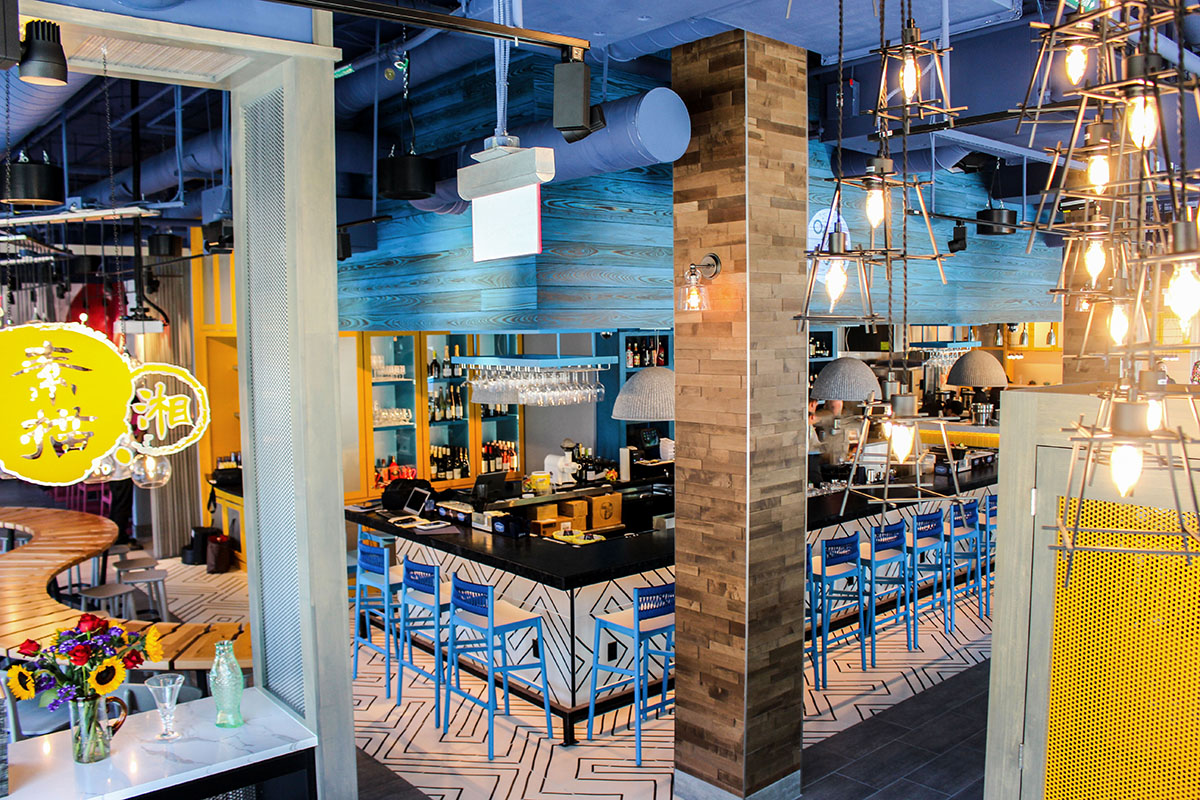 A spicy, bold type of cuisine has a new home in Kendall Square. Sumiao Hunan Kitchen, which opens to the public on Friday, July 28, is the first dedicated Hunanese-Chinese restaurant in the Boston area.

Chinese cuisine expert Fuschia Dunlop explained the differences from more common Sichuan cuisine: Hunanese food doesn’t use the mouth-numbing Sichuan peppercorn, and savory dishes lack the sweetness found in similar Sichuan plates, she told Serious Eats. “So while the Sichuanese have all kinds of spicy-sweet-savoury combinations, including the ‘fish-fragrant’ and ‘garlic paste’ flavors, the Hunanese tend to go for bold savory tastes, chilli-hot tastes, and sour-hot tastes,” she explained.

The bright interior has a blue, yellow, and red color palette inspired by Hunan Xiangxi patterns, with art curated by Chen, a connoisseur and the daughter of celebrated Chinese artist, Peihua Chen. A full moon-forest scene on display is painted by a student of Chen’s father, and a photo of a traditional Hunan marriage is by Chen’s husband.

The nearly-4,500-square foot space seats 168 inside, plus an additional ~50 people in curtained, private dining and A/V-equipped-conference areas. In the main dining room, there’s a fireplace, two sides of floor-to-ceiling windows, and a bar overlooking the kitchen. The lounge area features an S-shaped communal table. There are also 45 seats on a seasonal outdoor patio.

Sumiao Hunan Kitchen is softly open though July 26 by reservation only. It will officially debut Friday, July 28, and be open for lunch, dinner, and cocktails Sunday-Wednesday from 11 a.m.-11 p.m., and Thursday-Saturday from 11 a.m.-midnight. 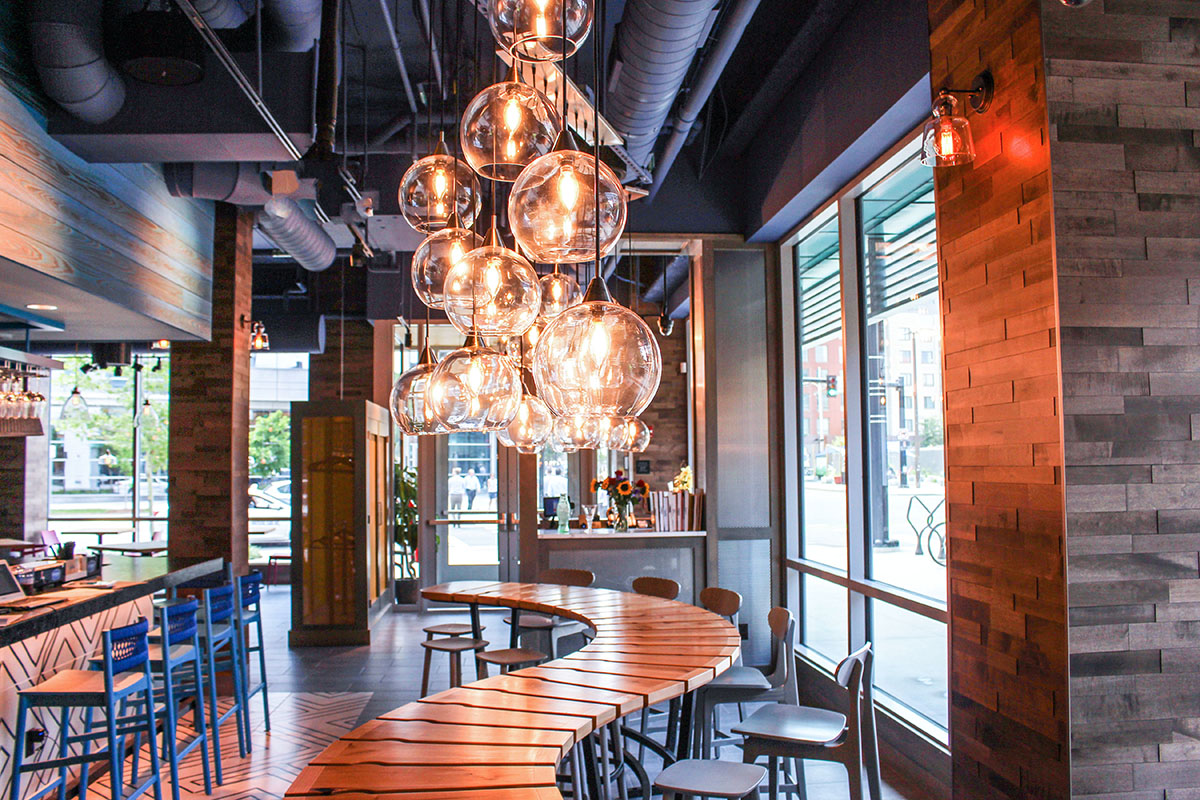 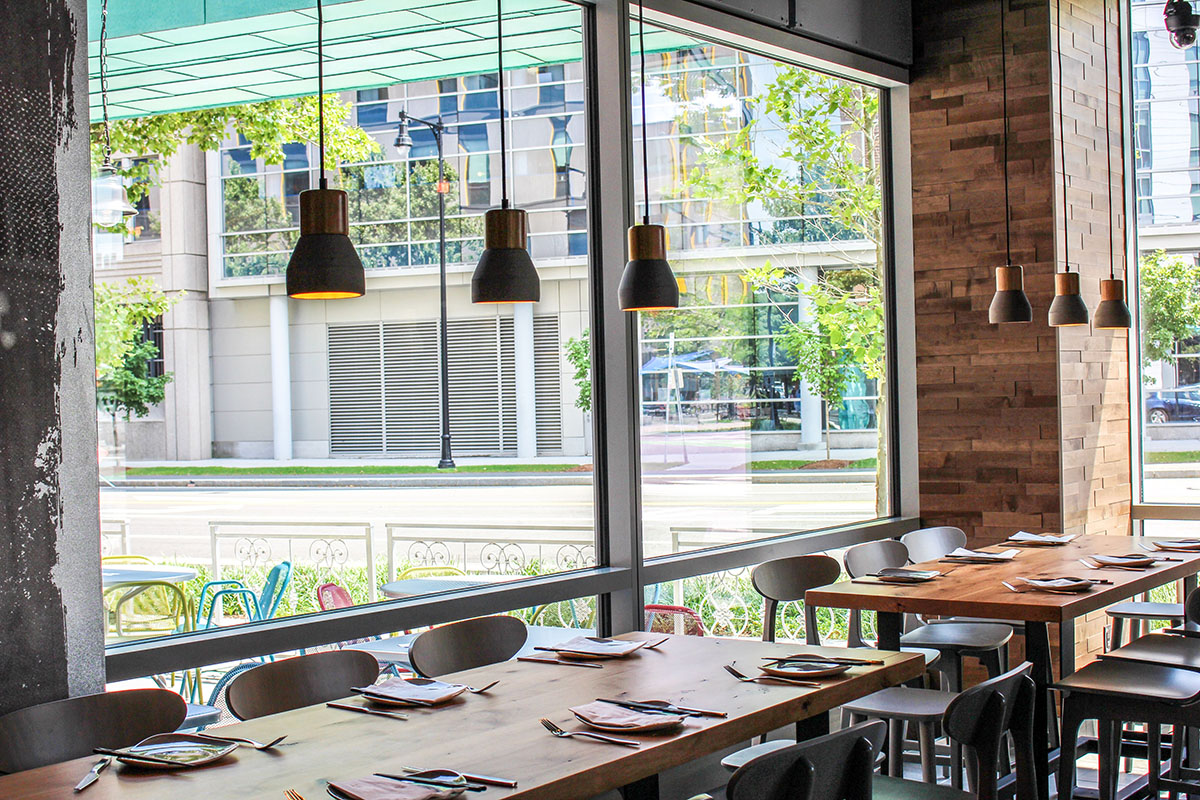 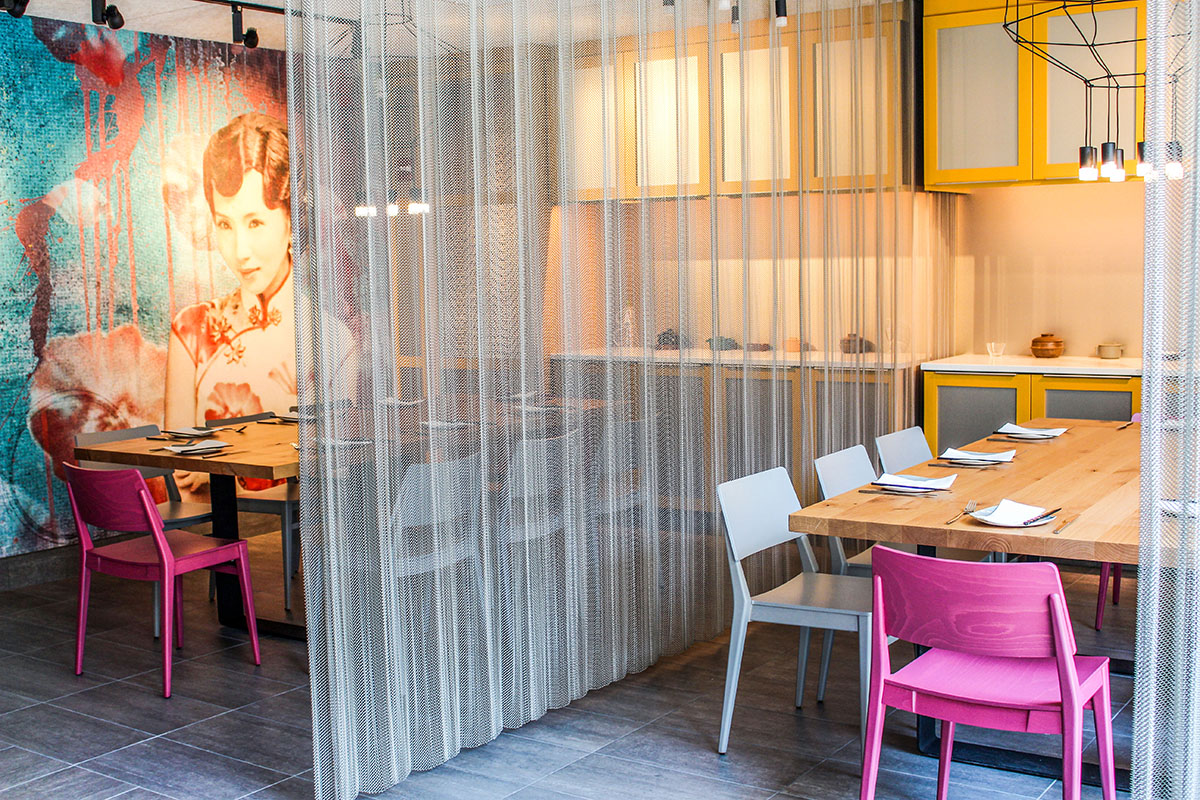 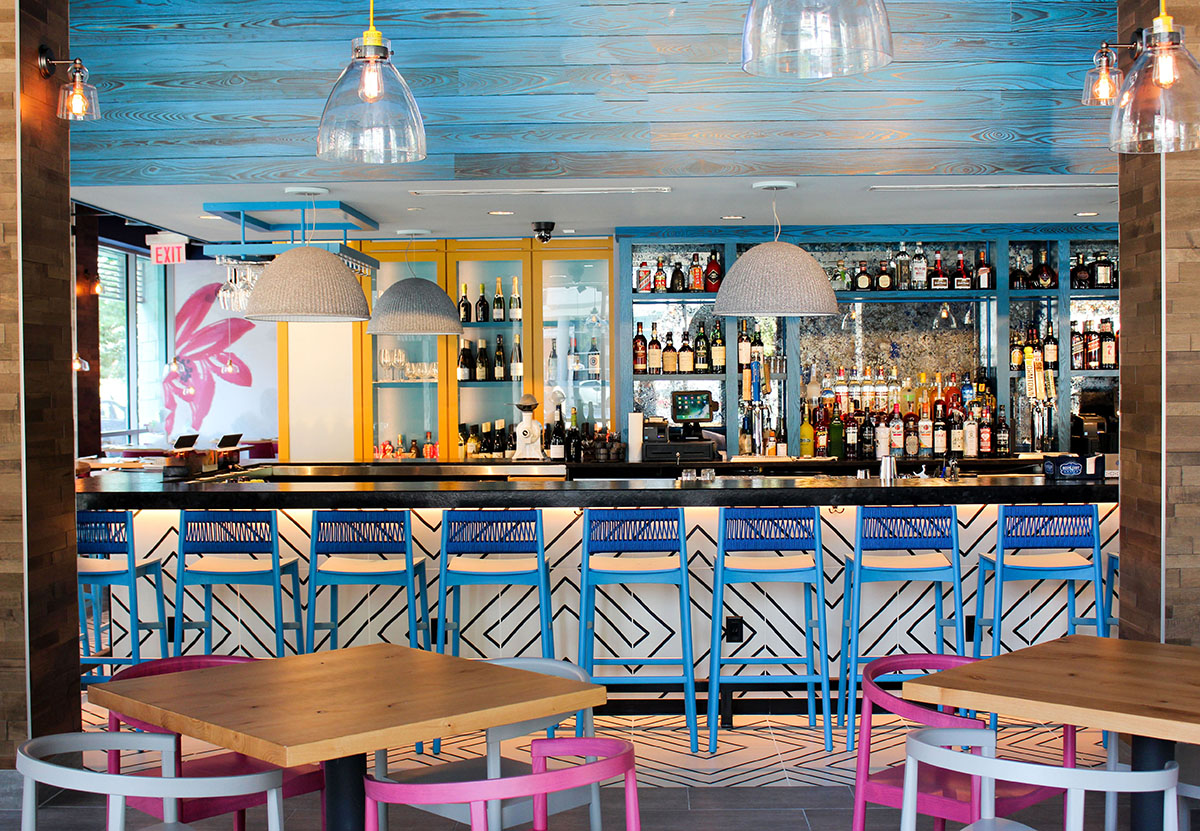