Hunt down a six-pack of Unicorn Kisses, Yeti Mischief, or the other Impossibly Good cans to make these fun drinks at home. 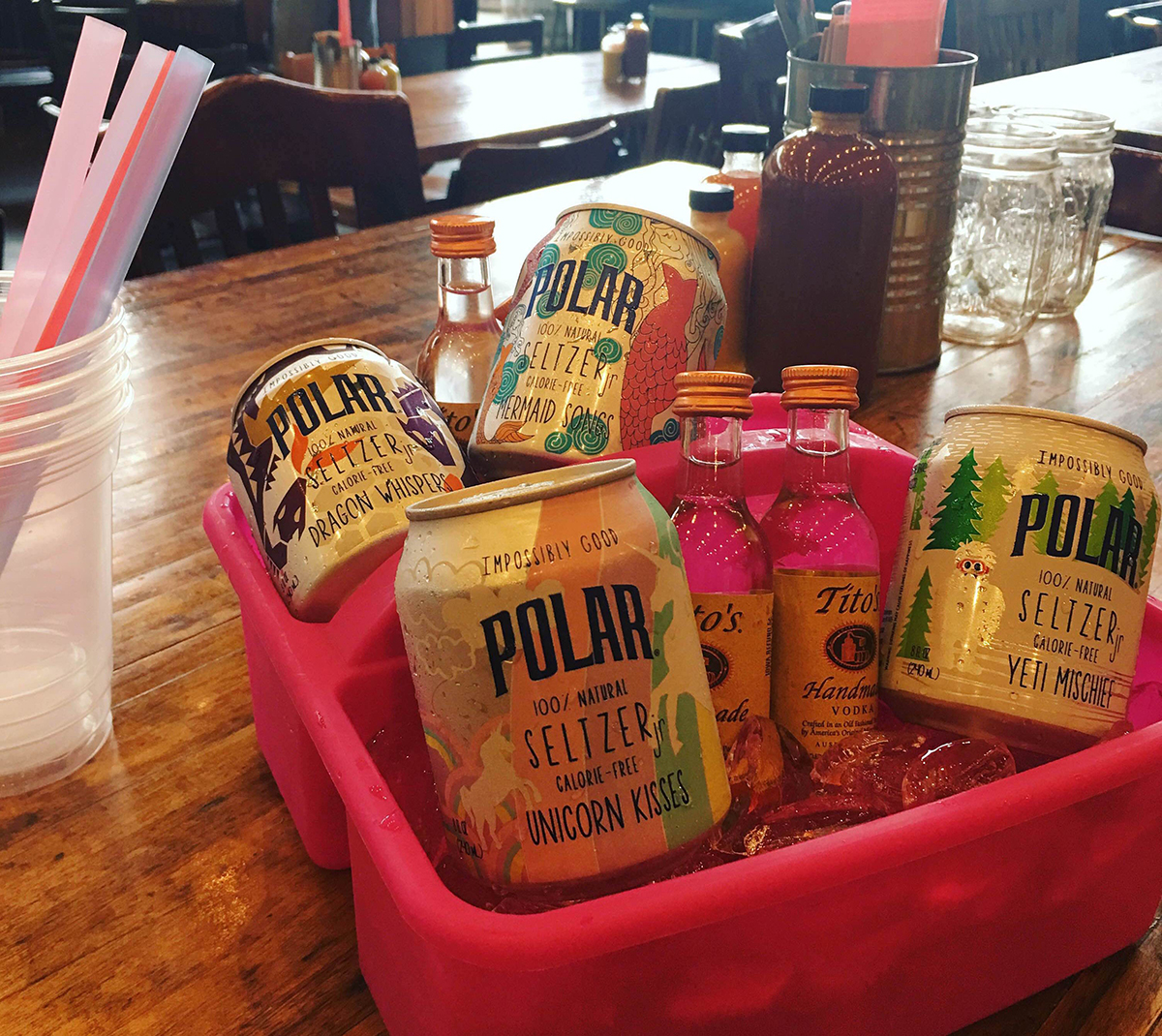 The creations—like all Polar Seltzers—are flavored naturally with proprietary bubbles and “fruit essence.” During a taste test at our office, we thought they all tasted a bit like schoolyard treats—Mermaid Songs is like a cross between Sour Patch Kids and Swedish Fish, Yeti Mischief recalls a citrusy Hawaiian Punch, Dragon Whispers is reminiscent of Pixy Stix, and Unicorn Kisses has soft, vanilla-ish notes of Jolly Ranchers.

We also thought they’d be great with booze.

And we are not alone. In 2017, Sweet Cheeks introduced a special Magical In-Flight Service, with all four flavors served on ice, in the cans, along with four nips of Tito’s Vodka. The $40 party was available “until the magic is gone.”

And Mackenzie “Mack” Cavanagh, a bartender at Oak Long Bar + Kitchen and formerly of the Hawthorne, shared a cocktail recipe using Mermaid Songs with us this week. It made me really want a Polar cocktail—and to try boozy versions of all the fantastical creations.

So, I reached out to a few other mixologists who I thought would have fun with seltzer—Bar Mezzana beverage director Ryan Lotz, Drink’s Ezra Star, and Joe McGuirk of Highland Fried (formerly East Coast Grill). They all enthusiastically obliged. These flavors are fun, and tasty enough to try for novelty’s sake. And with the following tipsy tips, they’ll make a primo spiked sipper, too.

UPDATE: August 13, 2018: The #SeltzerJr line of magical flavors is back—for good. Also: Note that East Coast Grill has closed for good, and transformed into Highland Fried. You’ll still find Joe McGuirk’s friendly face behind the bar at the newer spot—and his suggestions on how to spike Yeti Mischief will never go out of style. 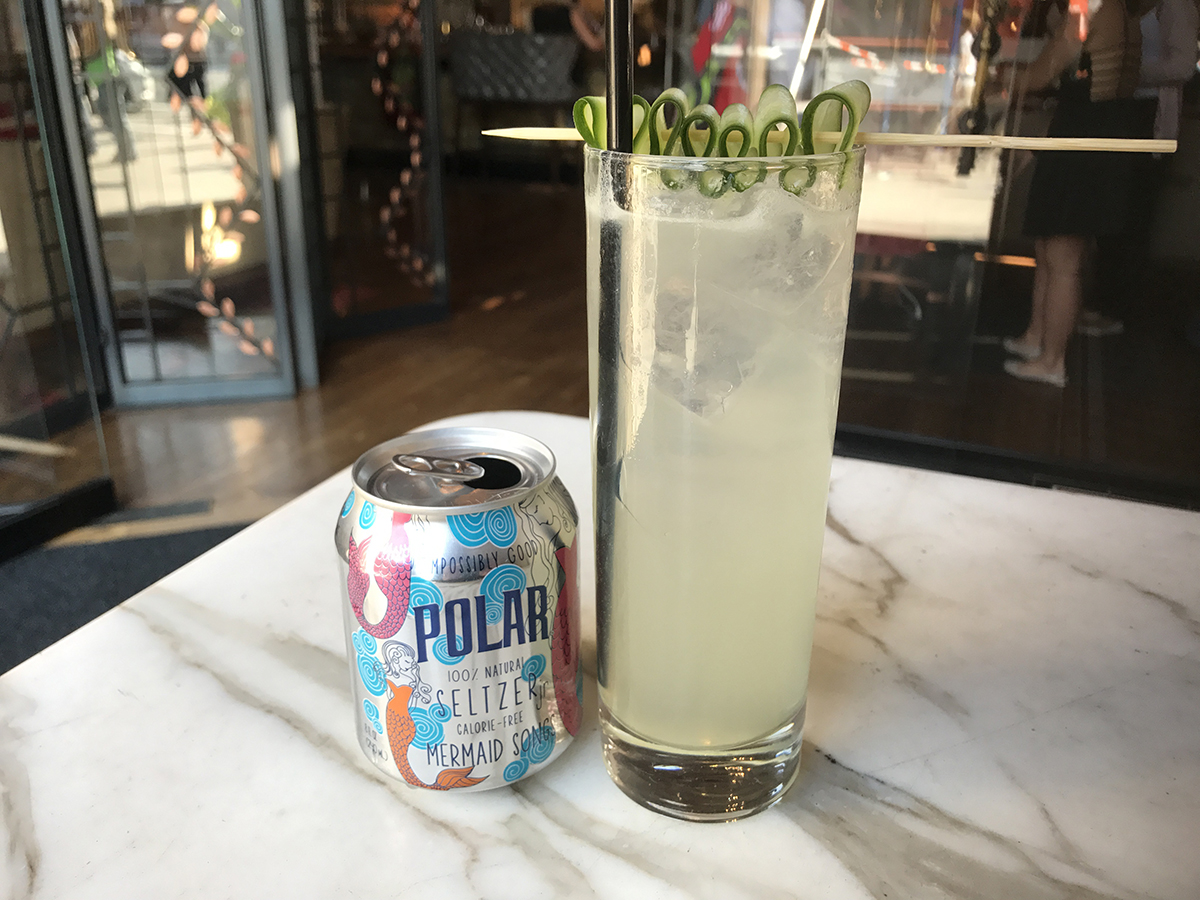 Cavanagh set out create a “light, floral afternoon cocktail,” and took inspiration from this seltzer’s nautical nomenclature. His recipe has a little salinity that makes it perfect for kicking those fins back, he says.

Shake or stir, and add 1/2 oz. of Mermaid Songs.
Garnish with cucumber. 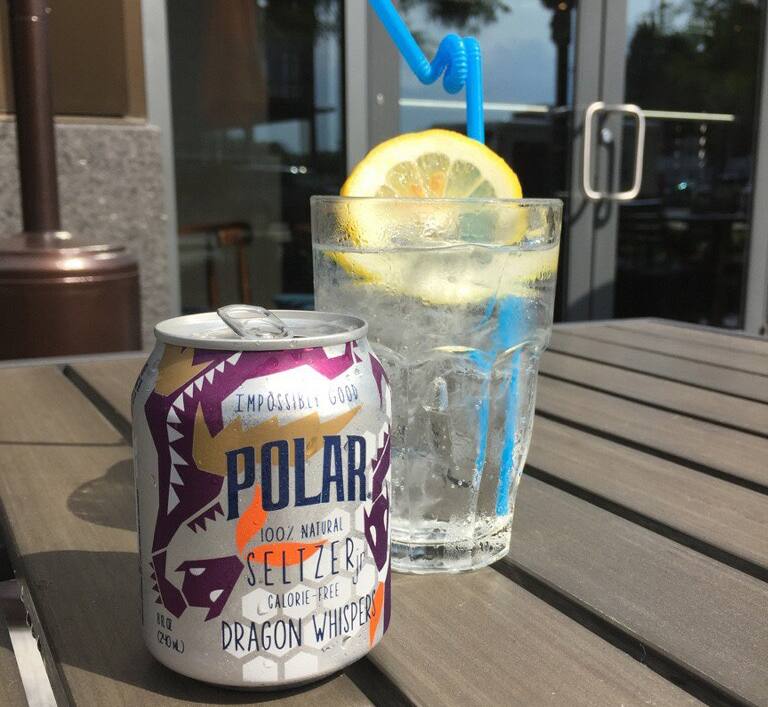 “It does taste like Pixy Stix, and a LOT like Flintstones Vitamins,” Lotz says. It was a lighter flavor than he anticipated, too, so despite a number of experiments, it was the simplest mix that turned out to be the best.

“There [were] a lot of fruity flavors to the drink, so I wanted to take it a little bit more savory,” he says.

Named after the magical series, he gives you:

Shake briefly with one cube of ice.
Pour into a highball glass.
Fill the glass with ice.
Top with Dragon Whispers.
Garnish with a slice of lemon.

No celery bitters at home, but need to spike your Dragon Whispers? “I’d probably stick with something that doesn’t bring too much flavor to the table, [like] lighter-in-style gin, vodka, or a lighter bodied white rum,” Lotz says. “A little fresh juice can’t hurt, and grapefruit was definitely complementary of the recipes we tried.” 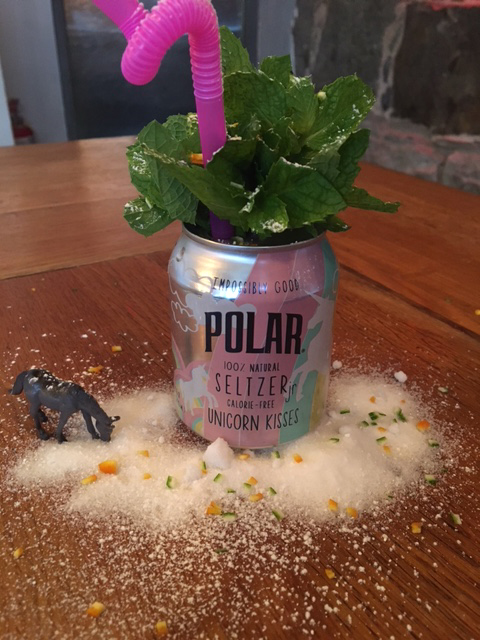 Unicorn Kisses in the Desert, by Ezra Star of Drink. / Photo provided

Star was brought back to childhood sipping this seltzer; she reports tasting notes of vanilla, and strawberry Starburst. Her cocktail is a riff on a classic Paloma, upping the ante on fruitiness.

“Honestly, tequila feels very magical to me,” she says. “I thought I’d put these magical products together.”

Unicorn Kisses in the Desert

Drink 2 ounces out of a can of Unicorn Kisses.
Add the tequila, grenadine, lemon juice, and Aperol.
Pour fresh pineapple juice into the can until it overflows.
Garnish elaborately.

No elaborate garnishes at home, but need to spike your Unicorn Kisses? “A brandy would be great with this. It would give it some sugary sweetness from the grapes,” Star says. 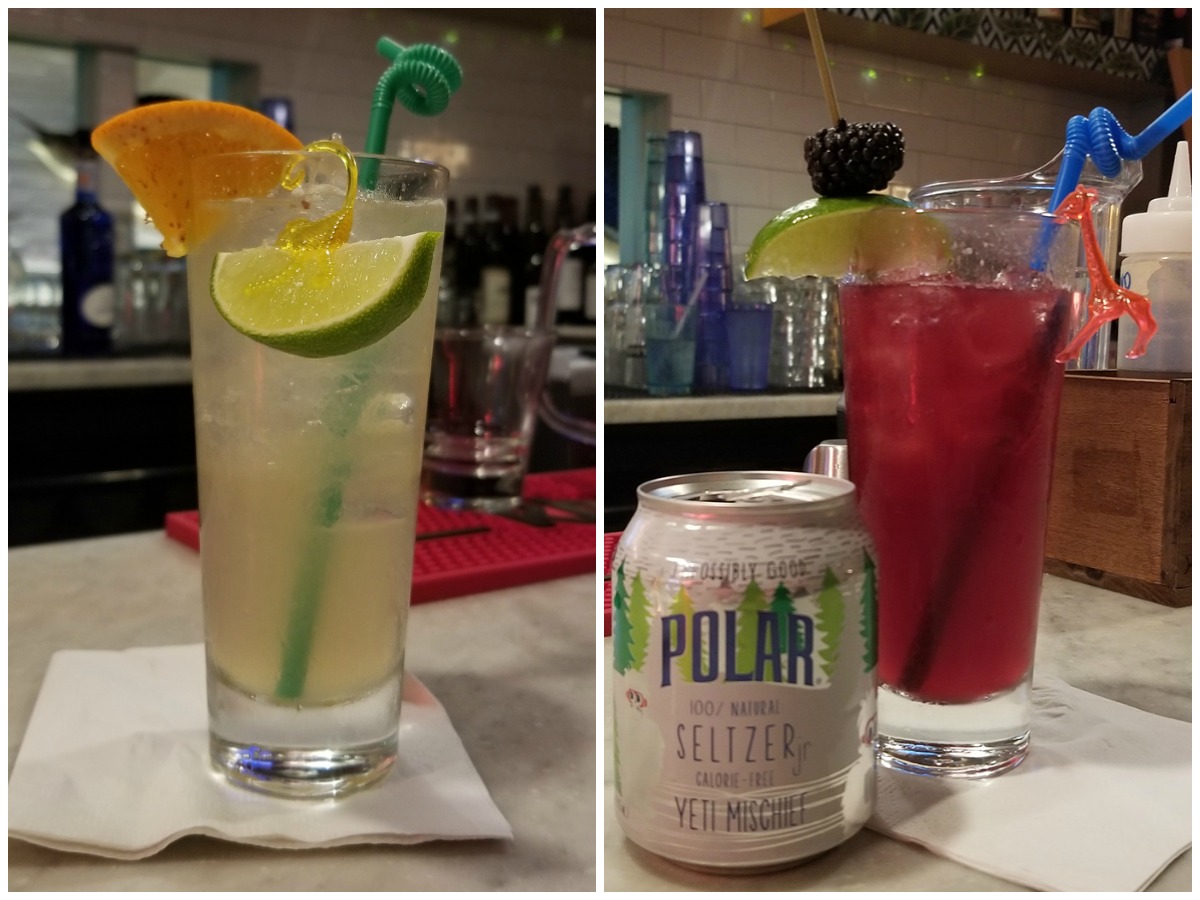 He came up with two different tiki-style drinks. McGuirk, who claims he’s actually seen a yeti before, took naming inspiration from the most famous yeti of them all, Rudolph the Red-Nosed Reindeer antagonist Bumble, the Abominable Snowmonster of the North. For his second iteration, he was inspired by Maine blueberries.

Shake and strain over ice in a tall glass filled with ice.
Top with Yeti Mischief.
Garnish with an orange wedge and dust with cinnamon.

Shake and strain over ice in a tall glass filled with ice.
Top with Yeti Mischief.
Garnish with a lime wedge and fresh berries.

No blueberry cordial at home, but need to spike your Yeti Mischief? “I probably would go with a rum with some sweetness. But folks with a drier taste than mine might enjoy it with tequila,” McGuirk says.