Read This Book Before You Order Another Boring Mixed Drink 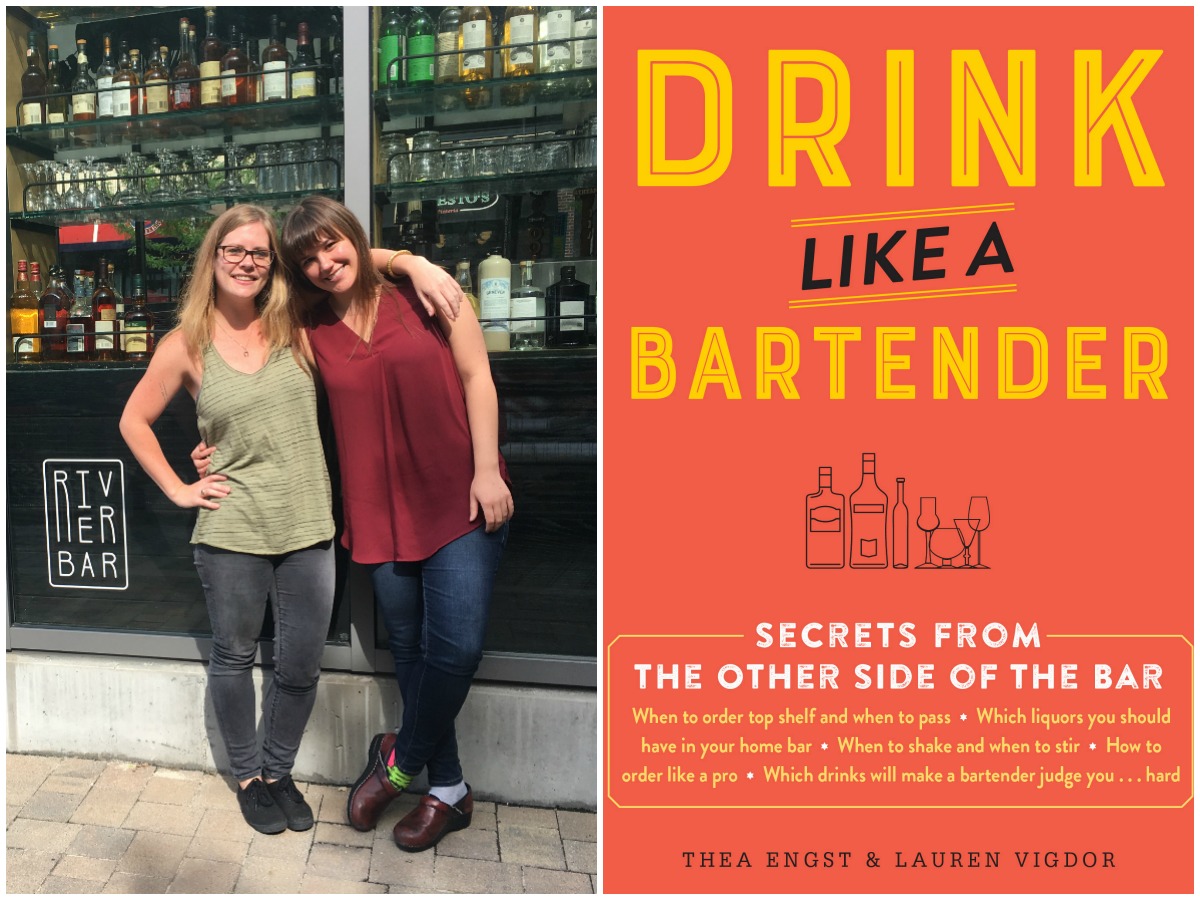 It wasn’t at a bar, over Manhattans, where the authors of the Drink Like a Bartender solidified their book idea. Instead, it was in somebody’s dining room, over a feast of fresh venison.

Thea Engst and Lauren Vigdor, who first met nearly a decade ago while working at the Independent in Somerville, had gathered to share a meal with friends who just had success on a recent hunting trip. The conversation eventually turned to the many book ideas Vigdor and Engst have batted around—but this time, there was an editor present.

Engst, who has a masters in writing poetry from Emerson College, had invited a fellow alum who’s now an editor with a lifestyle-focused publisher under Simon & Schuster. The editor saw potential in the idea of breaking down the walls between drinker and bartender.

“She put a lot of her heart and energy into making it something more than just a conversation between friends,” Engst says.

Drink Like a Bartender, out today on Amazon.com, Porter Square Books, Trident Booksells, the Brookline Booksmith, and more, is the culmination of that collaboration—and a combined 16 years behind the stick. The 224-page tome is full of advice for the novice barfly and home mixologist, along with quotes and insights from Boston bartenders, original recipes by Engst and Vigdor, and more.

“What I wanted to do was to make a book that makes the whole idea of ordering at a bar more approachable, and just have fun with it,” Engst says.

She started as a host at the Independent just about a month after Vigdor began serving and bartending there. They both moved up the managerial ranks, with Vigdor becoming the beverage director there as well as with its sister spot, River Bar. These days, Engst is with the Lone Star Taco Bar restaurant group. Both bartenders say they started in the hospitality industry for the money and the hours, but soon found higher satisfaction in the daily grind.

“The more I learned about the bar side of things—different spirits, wines, the processes that goes into making them—the more interested I became in it,” Vigdor says. “Having something you made with your own two hands that someone else is enjoying is really cool.”

Engst agrees. “For me, I feel like you’re at my bar, my place—let me take care of you,” she says.

A couple years after they started at the Indo, Backbar opened up around the corner. The innovative cocktail spot continues to push the envelope—but in 2011, it was quite different than anything around.

“It was like, ‘They don’t have any speed pours in there,'” Engst recalls, referring to ubiquitous spouts bartenders use to measure ingredients on the fly. “Everyone went to check it out. It was exciting to see everyone growing in that direction, being adventurous and trying new things.”

Local distilleries, like Ipswich’s Privateer Rum, were stepping up to fuel the new thirst for bespoke cocktails, and the rest is history.

“There’s so much on the market right now to play with,” Engst says.

They know it’s a lot. There are so many Friday nights when a guest will grab a stool at Vigdor’s bar, take a look at the 16-strong cocktail list, and just settle on a gin and tonic. Or, mull over the list of a dozen craft beers on draft before landing on Allagash White—again. Drink Like a Bartender is for the patron who likes going out and wants to order more creatively, but doesn’t know where to start.

The book offers some practical advice—one thing they stress is don’t be afraid to ask questions.

But what if it’s super busy?

“In that case, it’s important to pay attention to the layout of the bar menu,” Engst says. The book has tips on navigating a wine list, and includes cocktail glossary definitions and boozy trivia. It’s informative—but it’s mostly just fun.

It’s really just about having the confidence to drink what you want to drink.

Drink Like a Bartender by Thea Engst and Lauren Vigdor is now available in stores and online.