The former Symphony 8 space is finally getting a new restaurant and bar. 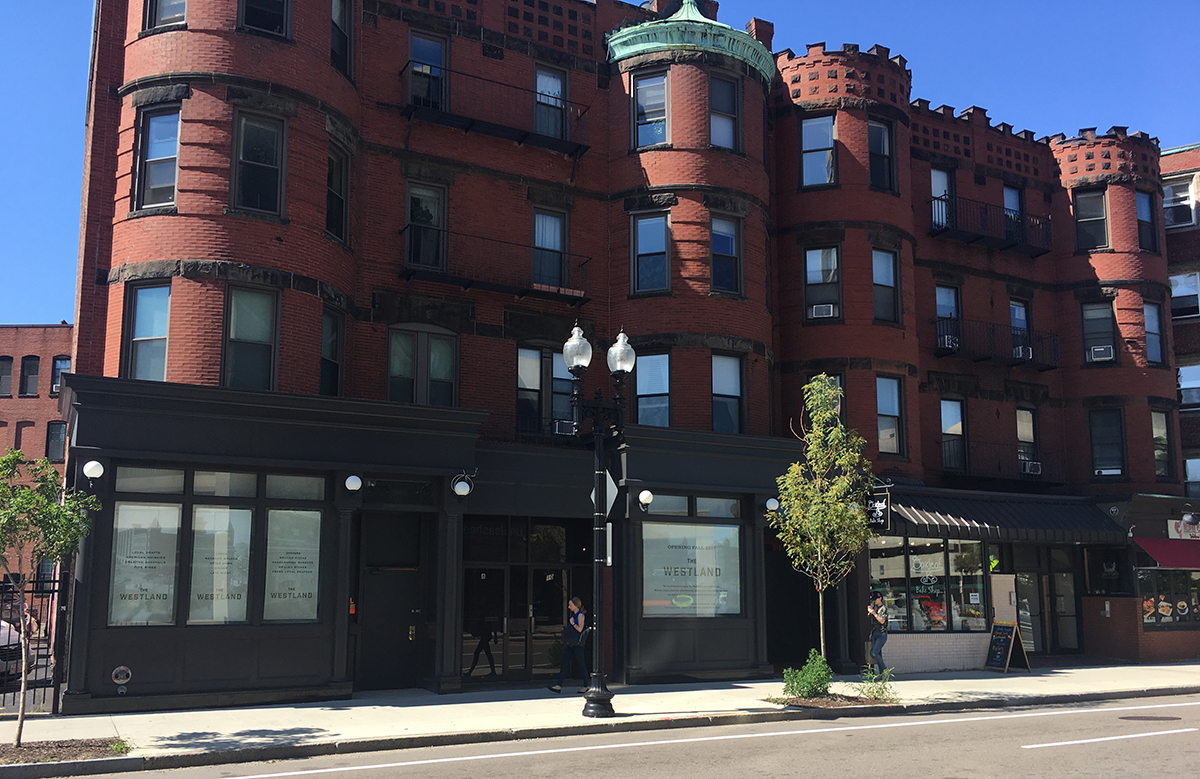 The Westland is opening at 10 Westland Ave. in Boston. / Photo by Jacqueline Cain

UPDATE, Monday, January 22, 4 p.m.: The Westland has not opened yet. Owner Doug Bacon knows it’s been a while—the progress is going slower than he anticipated, too—but he says, “we are moving forward, and we will be open” sometime this spring. Stay tuned for more details.

A long-vacant restaurant space has some enticing new signage in the windows. It appears like the Westland is getting ready to debut at 10 Westland Ave., just across St. Stephen Street from Symphony Hall. Papered-over windows promise seafood, late-night tavern fare, creative cocktails, and more once it opens.

The Westland is the latest venture from “serial restrepreneur” Douglas Bacon, as Universal Hub has called him. Bacon owns Allston-Brighton bars White Horse Tavern, the Avenue, Harry’s Bar & Grill, the Last Drop, and the Hopewell; as well as the Corner Tavern on Marlboro Street and Mass. Ave. in Back Bay.

Bacon took over the former Symphony 8 space way back in 2013. He repeatedly told the Boston Licensing Board renovations were taking longer than anticipated on the old building, and that he hit other obstacles at his other places over the years. In January 2017, he said he’d already paid $800,000 in renovations, and that he’d been paying rent on the space the whole time, according to UHub. On August 2 this year, Music Hall Dining, Inc., went before the board to get approval of the Westland name, Boston Restaurant Talk reported.

The Westland will be a “classic American tavern” with oysters and other local seafood; grilled pizzas, steaks, burgers, and a full bar program with a focus on American whiskey and local beers. With its close proximity to Northeastern University, Berklee College of Music, and Symphony Hall, it will meet every need with lunch, dinner, weekend brunch, after-work and late-night hangs—“the kind of place you will enjoy anytime and all the time,” per its signage and website.

Boston has reached out to Bacon for more on the Westland’s fall 2017 timeline; stay tuned.