Cats and Kittens Are Arriving at Purr Cat Café

Brighton’s newest residents are furry, adoptable, and almost ready to meet you. 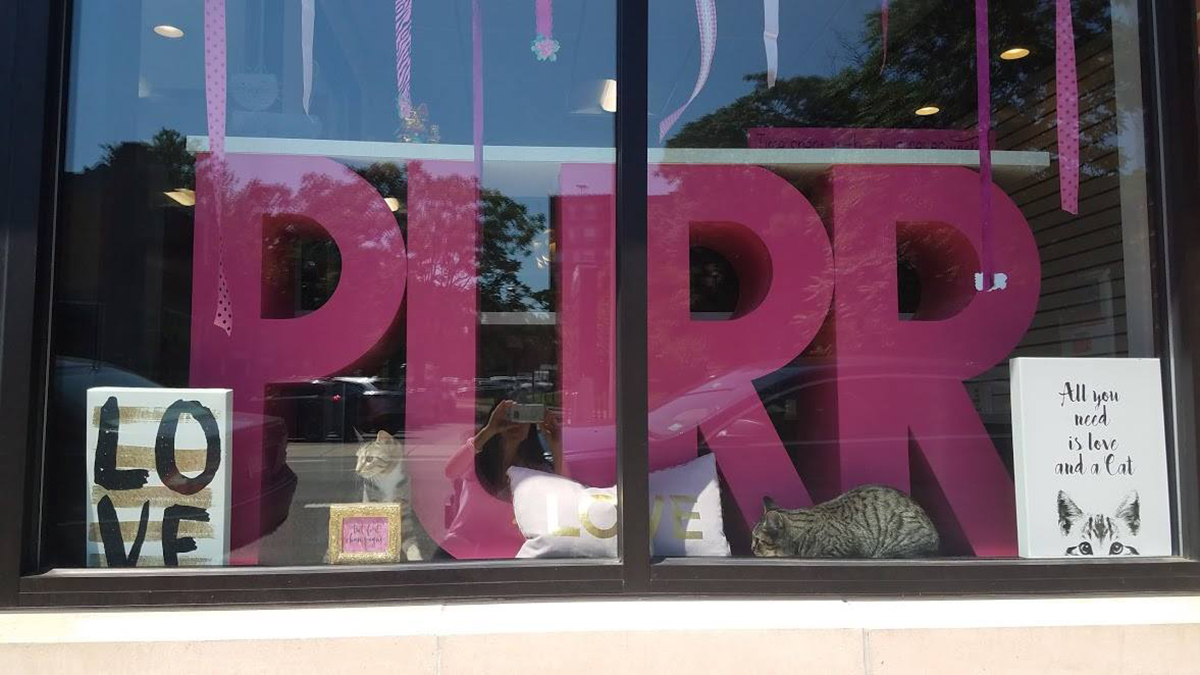 This is not a drill: cats have begun moving into Boston’s first-ever cat café, Purr.

Walk by the Brighton storefront, and peek in the windows, and you might see three cats in action: Amber, Godrick, and Shorty. Both Amber and Godrick will be available for adoption when the café opens later this year, according to owner Diane Kelly. Shorty, an aptly named munchkin cat, is Kelly’s own rescue cat, who’s the café’s resident kitty.

More cats are on the way soon, Kelly says. She’s currently working with local animal shelters to figure out who Brighton’s cutest new residents will be.

Purr, which received approval back in December to open in Brighton, has been in the works for more than a year. While there’s no official opening date just yet, Kelly said she’s aiming to open the doors by September 1. She expects to post a reservation calendar by next week, but you can ensure admission now with a contribution to Purr’s IndieGoGo campaign.

When Purr does open, cat lovers can join Amber, Godrick, Shorty, and their new friends for regular events, like yoga and movie nights. With Marijuasana coming to Cambridge this fall, too, that means Boston will soon boast both cat and marijuana yoga.

Kelly has previously said that the café will be home to around 25 adoptable cats. Beyond the special events, guests can meet them while enjoying light food and coffee, prepared offsite, and using free Wifi.

In the meantime, get your cat fix by strolling past the soon-to-open Brighton cat café, or scrolling through Purr’s kitty content on Facebook. 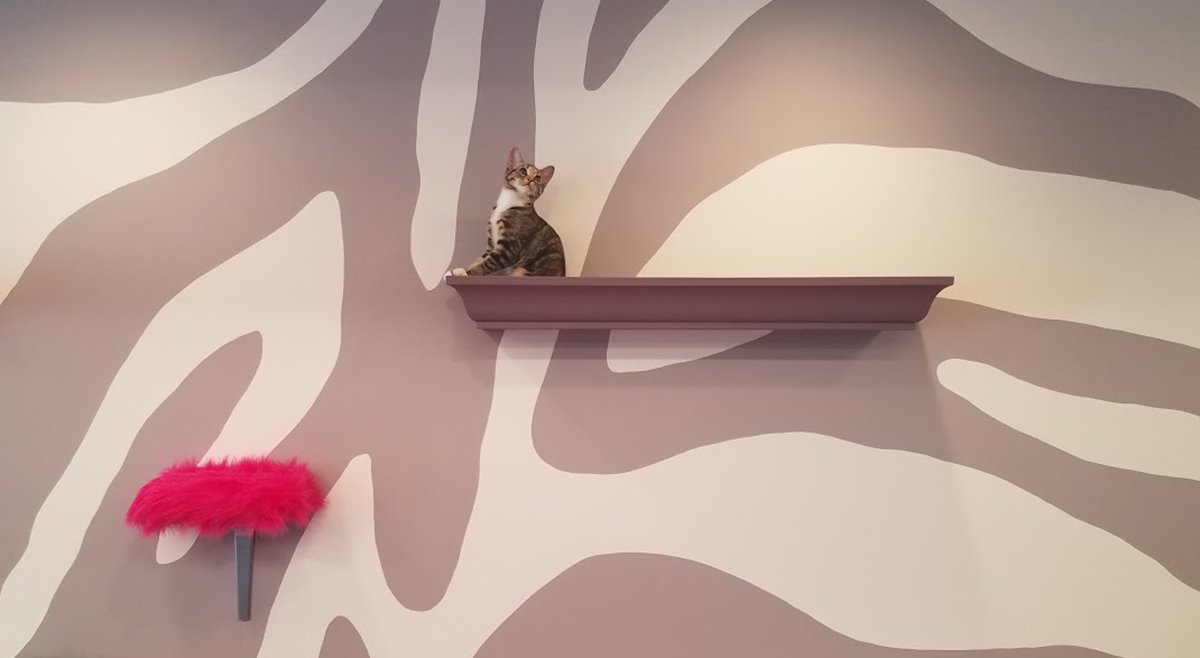 Amber is a new resident of Purr Cat Cafe, which is almost ready to open in Brighton. / Photo provided