If the Land Ho’s Walls Could Talk

Cool off with a frosty beer and a good story this summer at Cape Cod’s quirky sign-filled watering hole.

A product of flea-market scouring, this is not. It’s taken the Land Ho in Orleans almost all of its nearly five-decade history to amass the 400-plus colorfully kitschy artifacts that hang from its walls, ceiling, and back bar. The tradition started in the early ’70s, when owner John Murphy nailed up carved nameplates in honor of a crew of regulars he dubbed the “executive board of directors.” The men, since deceased, ate lunch in the same seats every day of the week except Sunday, offering Murphy half-serious advice on everything from the serving temperature of the chowder to the volume of the jukebox. It wasn’t long before others who frequented “the Ho” started asking if they, too, could have a sign honoring their name or business. Murphy acquiesced, and soon began commissioning Cape-based painters to create them. To this day, there’s no charge for the placards—but only legitimate regulars get one. “How do you say, ‘You’re not a good enough customer to get your sign up?’” asks Murphy’s son, John Jr., who now manages the day-to-day operations of the restaurant. “You have to be very diplomatic about it. So I’ll just say, ‘Keep coming in, and check in with us next year.’” 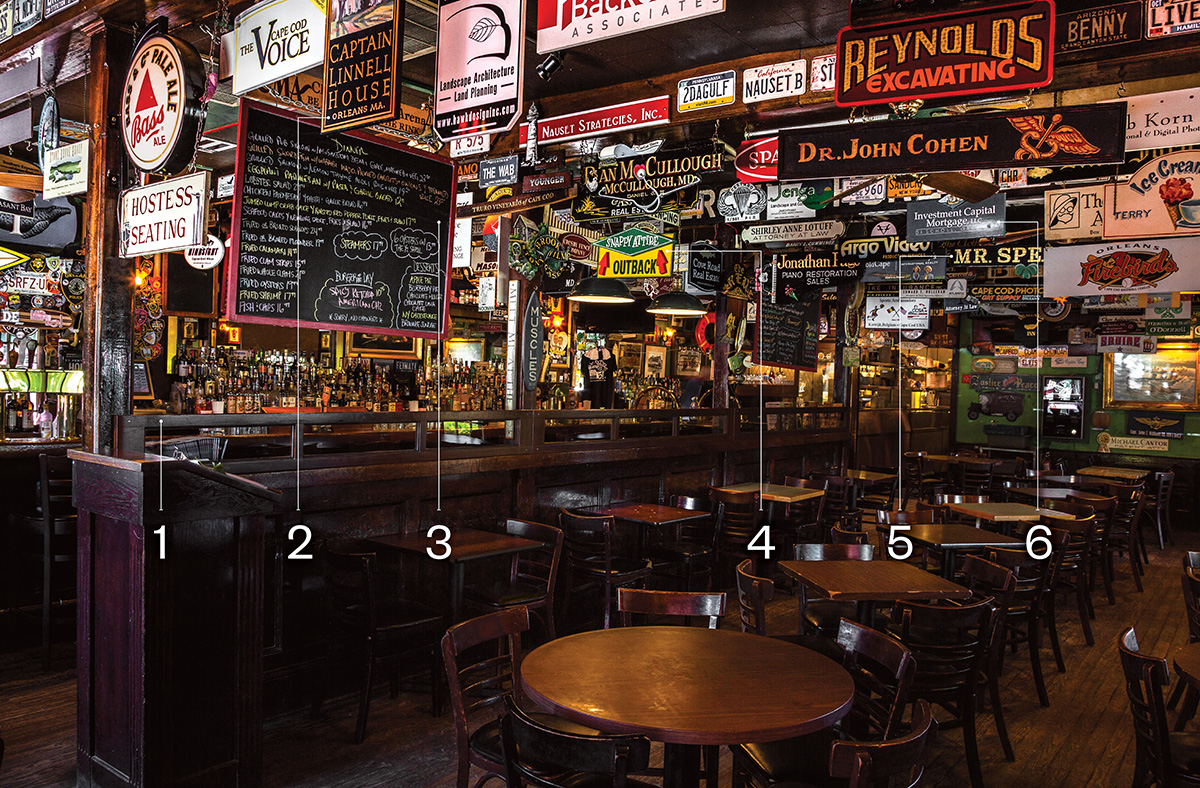 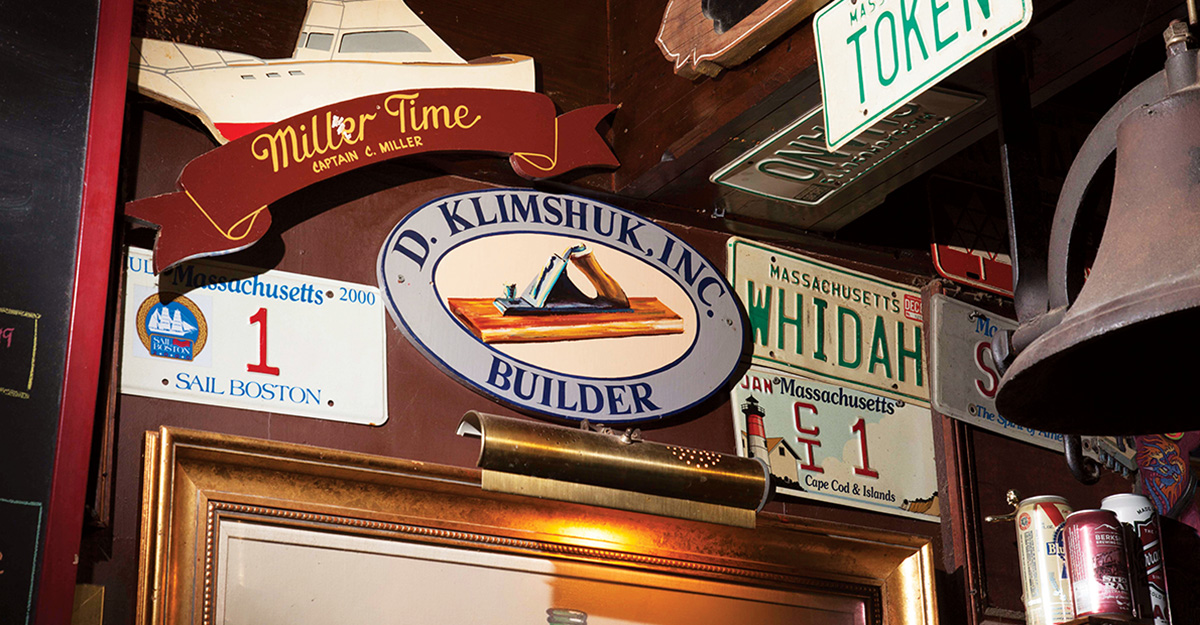 Barry Clifford, the explorer who discovered the wreckage of the Whydah, a pirate ship that sunk off the coast of Cape Cod in 1717, gave Murphy one of his expired “Whidah” license plates. When Clifford and his crew were excavating the ruins in the mid-’80s, they kept a running tab at the Land Ho. 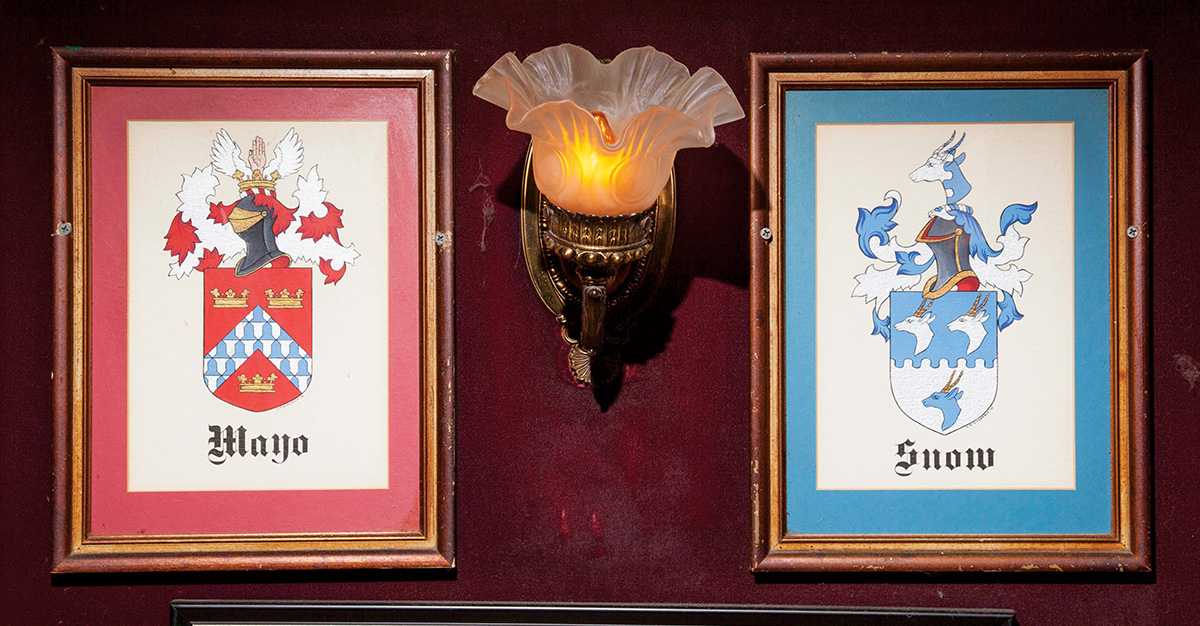 Also in the mix: family crests representing early inhabitants of Orleans and Eastham.