Get your first taste of the "cross-cultured street food" tonight, while the house beers will begin to flow in the coming days. 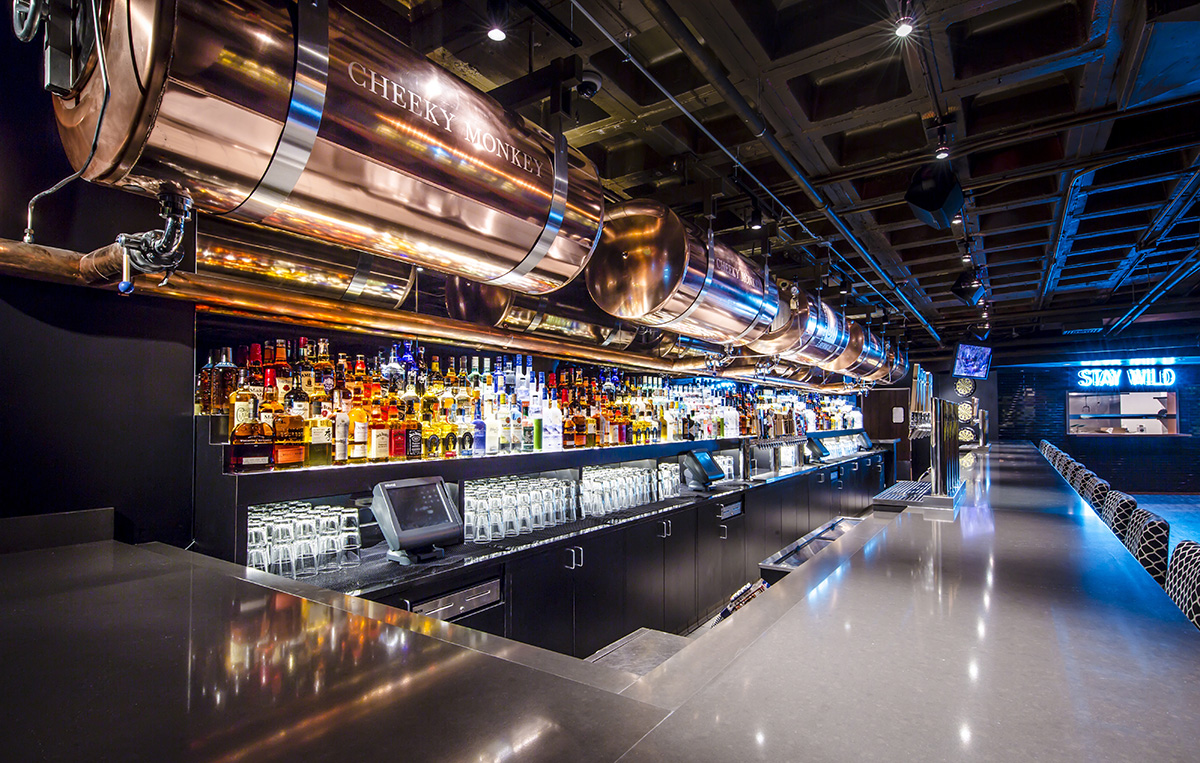 There’s a new spot to pre-game in Fenway, and by the time the Red Sox are back in the neighborhood, it will likely be serving up its own beers. Cheeky Monkey Brewing Co. softly opens tonight on Lansdowne Street, while its half-a-dozen house brews should be ready by the end of the week.

The brewpub, which will also offer a range of guest beers on draft and in bottles, plus wines, cocktails, and a full bar, is the latest from Boston nightlife impresario Kevin Troy. He cofounded the entertainment mecca Jillian’s in 1988, and is also now behind the attached Lucky Strike bowling alley, and Whiskey Saigon in the Theatre District. Troy shuttered the dance club Tequila Rain to open the brewery concept.

Cheeky Monkey will bring more billiards to the Fenway neighborhood, along with shuffleboard and ping pong on its lower level. It also has a full menu of street food-inspired nourishment. Chef Jessica Brown is behind the “cross-cultured” menu. Formerly owner of the now-closed Treats on Washington, the Culinary Institute grad was also formerly chef de cuisine at Caffe Umbra, executive sous chef at Rocca Kitchen & Bar, and sous chef at Bina Osteria.

Expect beer-friendly snacks like hoisin-glazed chicken wings, a Cajun “poutine,” katsu chicken bao, Singaporean street noodles, and more. There are 14 guest drafts, and later this month, the first of of an anticipated six house beers will get tapped. Cheeky Monkey will offer pale ales, IPAs, wheat beers, and more—and it’s just one of many new breweries coming soon to Greater Boston.

The brewpub will seat about 160 at a mix of high-top tables and booths, plus at the bar and in the lounge area. It will host a grand opening in September. In the meantime, Cheeky Monkey is open nightly from 5 p.m.-2 a.m., and from noon-2 a.m. on Saturday and Sunday. 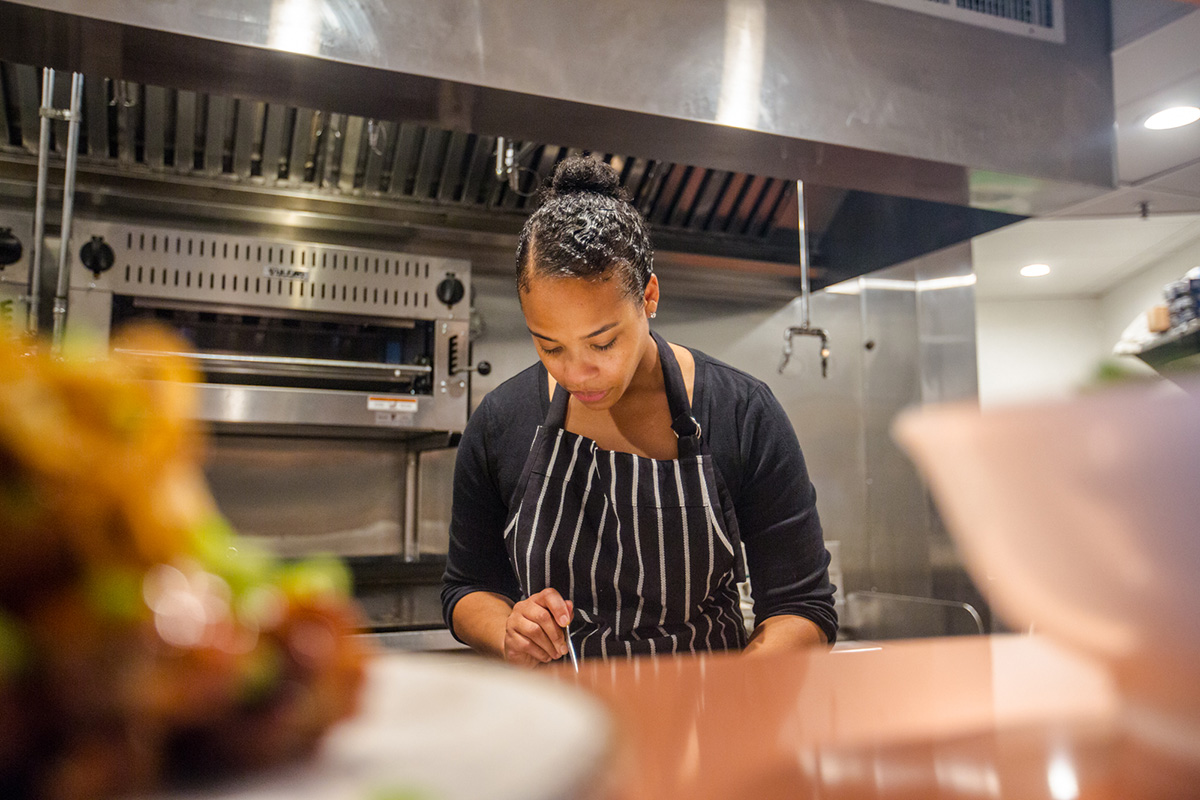 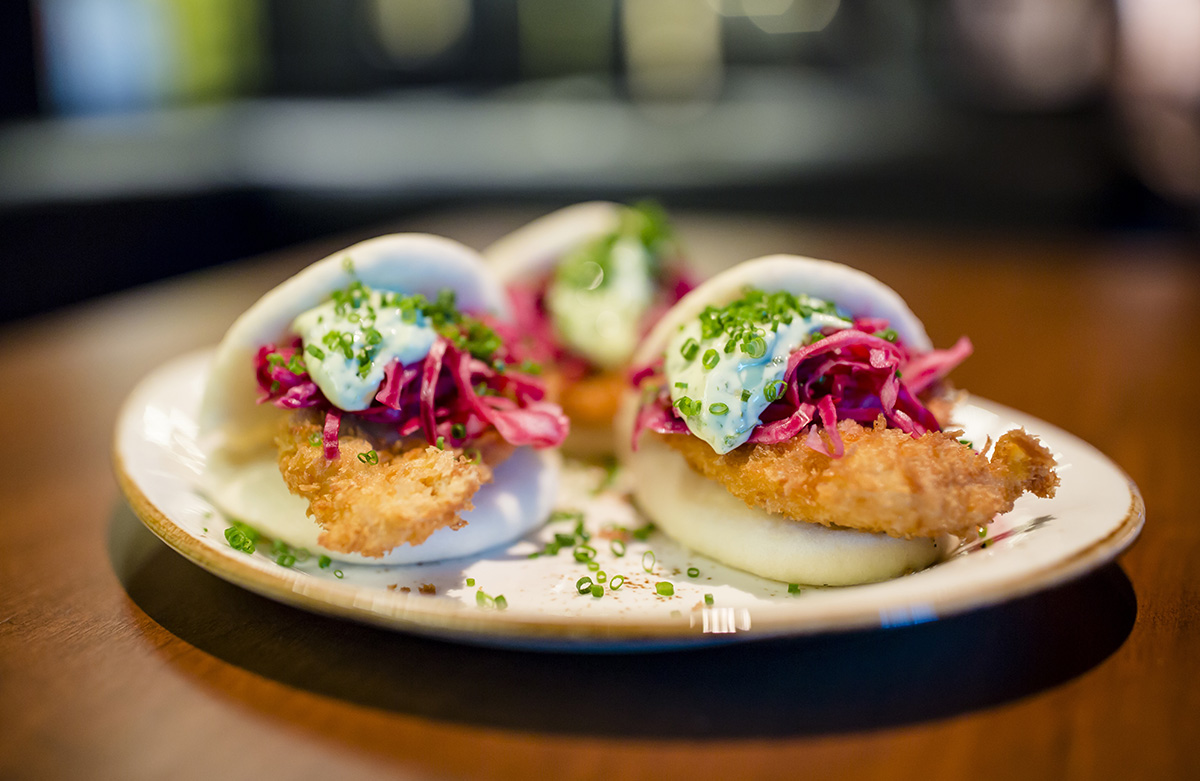 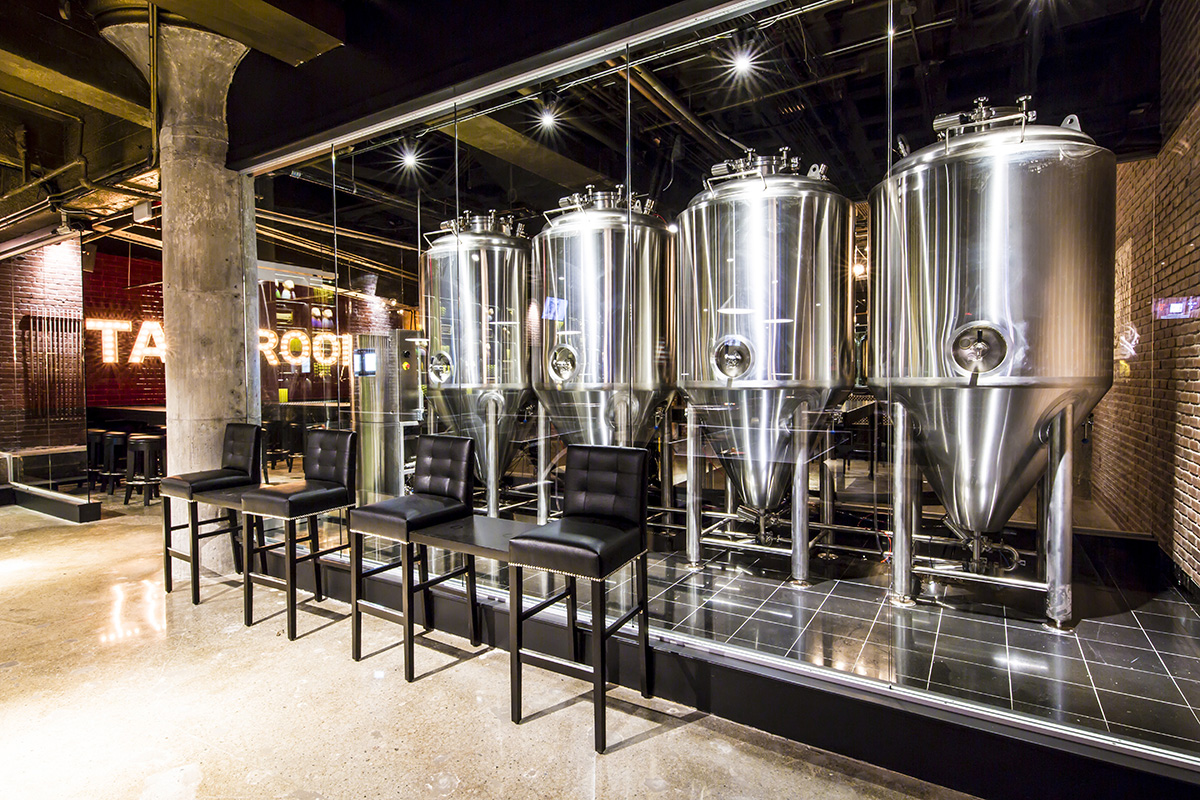 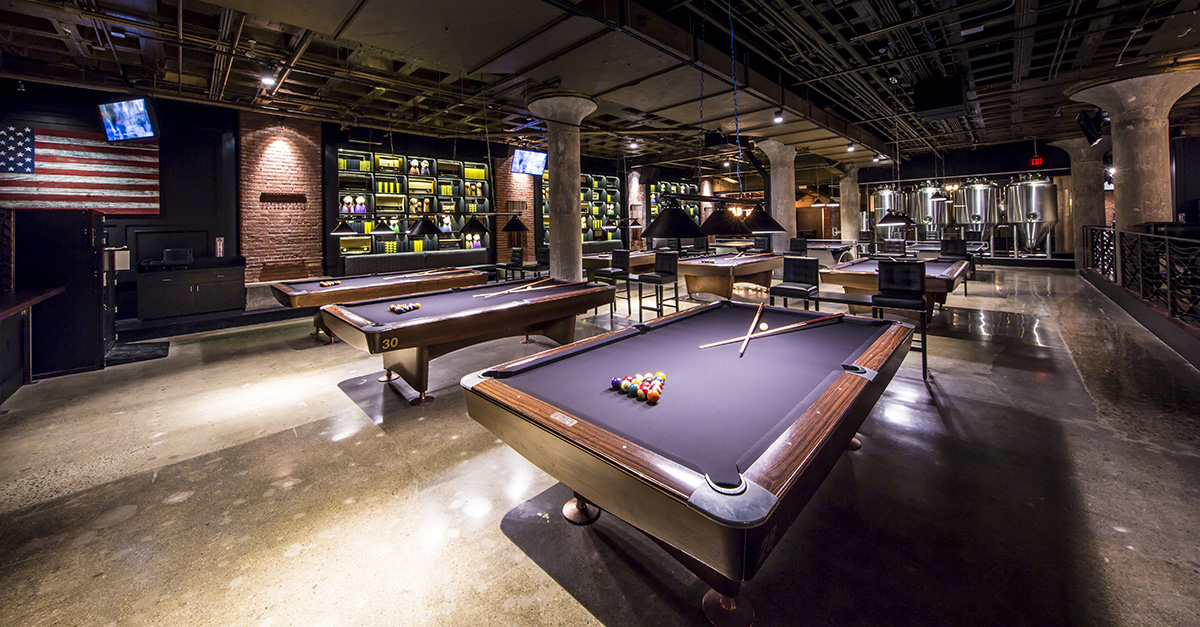 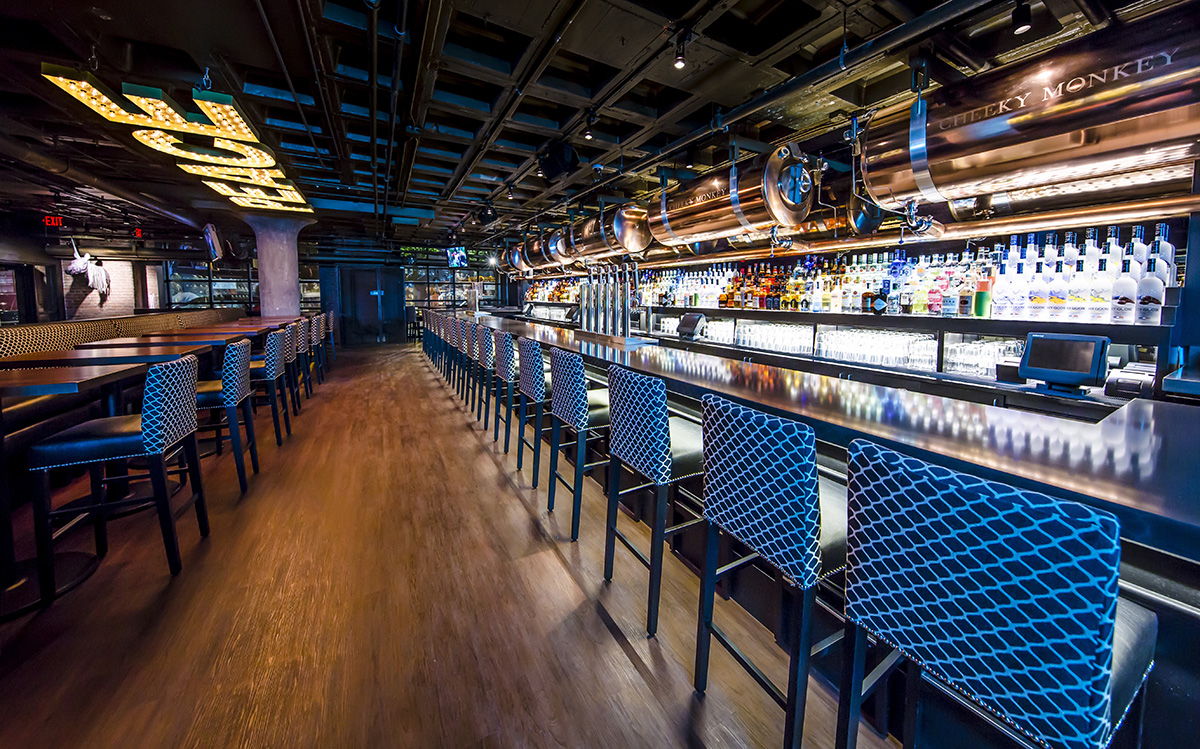