DoorDash Will Deliver Free Half-Moon Cookies During the Solar Eclipse

Plus, a Kane's eclipse doughnut, breakfast-for-dinner, and more themed specials on August 21. 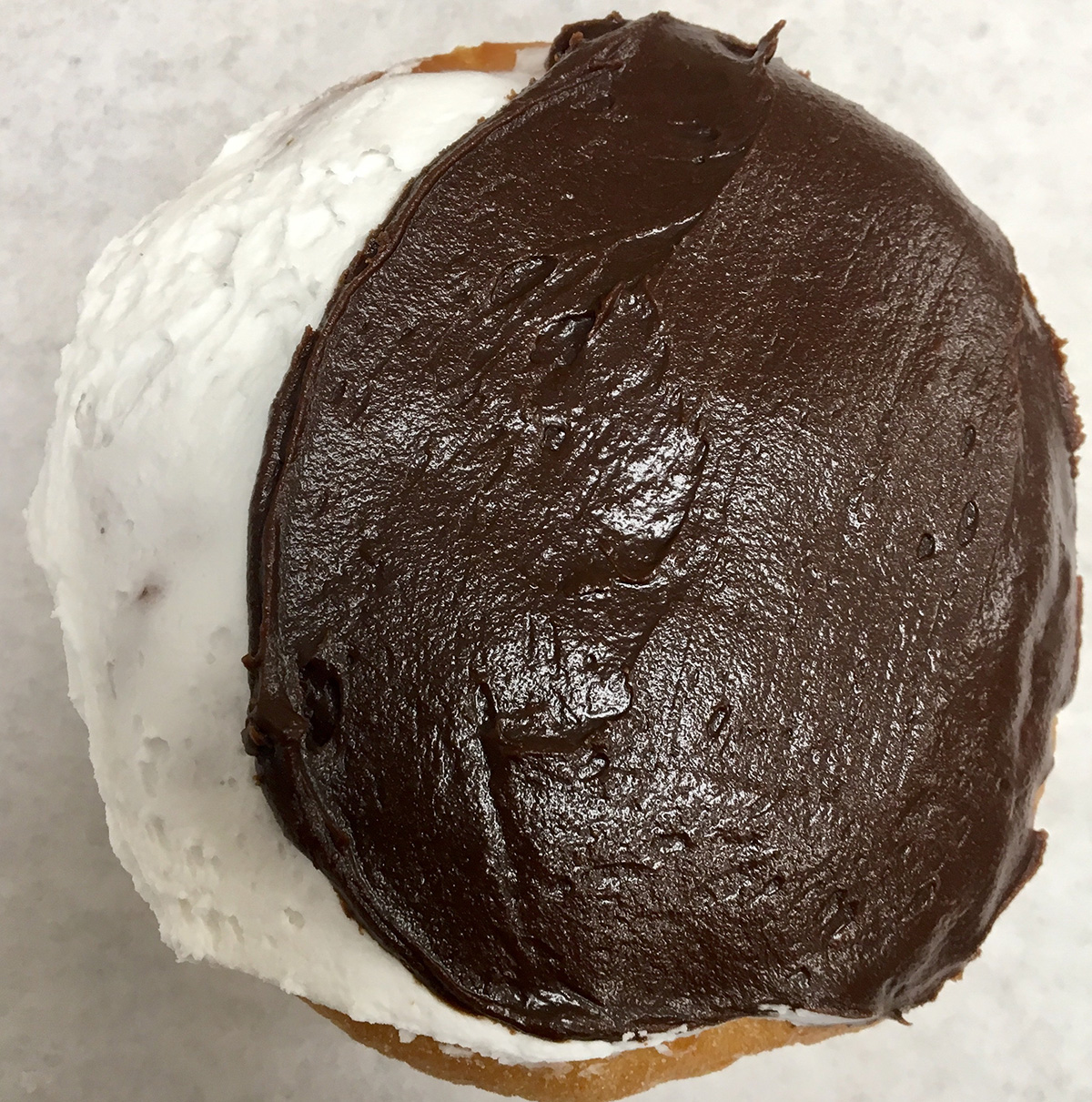 Bostonians getting ready to witness a partial view of the solar eclipse this afternoon have their protective eyewear figured out. They know exactly where they’re going to watch it. Now it’s time they figure out their themed snacks.

DoorDash is here to help: the food delivery app is dropping off classic half-moon cookies during the peak time of the eclipse. The promo, available in Boston, as well as New York City, Los Angeles, Washington, D.C., and Mountain View, Calif., lets DoorDash users access an Eclipse Cookie Store from 2-4 p.m. today, and order one free cookie per customer.

Before the eclipse, you could visit Kane’s Handcrafted Donuts. The financial district shop and its Saugus bakery both have a special eclipse Boston Cream doughnut. It’s painted with a thin sliver of vanilla bean frosting next to a swath of Taza chocolate, symbolizing the disappearing sun. The yeasted round is only available Monday, August 21.

Also: Lyndell’s Bakery in Somerville is running a deal on its beloved black-and-white cookies, with four half-moons for the price of two today. The North End go-to Bova’s Bakery always has half-moon cookies, too.

While Boston won’t experience a blackout of the sun today (we’re expected to peak at 63 percent coverage at 2:46 p.m.), you could go the breakfast-for-dinner route—the moon is out during the day, after all. Spots like Lulu’s, Pagu, Lone Star Taco Bar, and more have brunch today, and the Gallows always serves “brinner” on Mondays. At Poe’s Taco Cielo at Lower Depths, today’s special is Moons Over my Hammy, a quesadilla filled with Velveeta and American cheese and ham, and topped with heirloom tomatoes, Oaxaca crema, hot sauce, and a fried egg.

And of course, there will be beer. Dorchester Brewing Company is opening up for the celestial show with a special release: the Path to Totality is an easy-drinking Belgian-style table beer, with a smooth, light malt and Belgian yeast notes. The 3.4-percent ABV brew will be the perfect accompaniment to the mid-day Monday festivities.

The last time a solar eclipse like today’s was visible throughout the United States was February 26, 1979. Don’t miss this rare chance to see the moon glide in front of the sun today—and celebrate accordingly with festive fare.