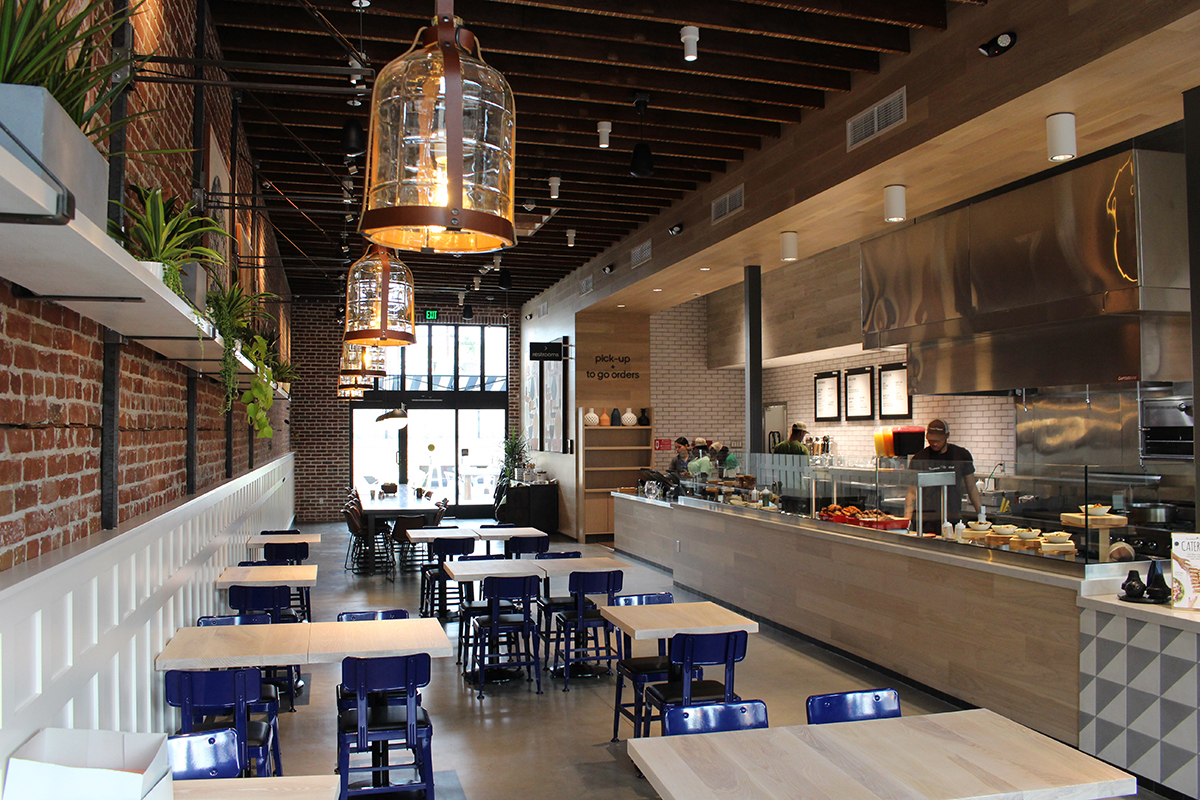 UPDATE, Thursday, April 5, 2018: Tender Greens opens in Chestnut Hill on Monday, April 9. Check out the seasonal menu from 11 a.m.-9 p.m. Tender Greens is also working on a Boston proper location at Copley Place, which is on track for an August debut, per its website.

A California company is reaping the benefits of support from hospitality mogul Danny Meyer’s Union Square Hospitality Group and expanding onto the East Coast. Tender Greens, which has more than 20 restaurants in its home state and will open next year in New York City, will also open a location at Chestnut Hill in spring 2018.

That means pasture-raised meats, responsibly fished seafood, and other proteins, like grilled chipotle chicken, herb-brushed tuna, and falafel, as an entrée with a choice of greens and sides like sprouted rice; on top of composed salads and grain bowls; and in sandwiches, with roasted red pepper and aioli on toasted ciabatta. Prices range from $12-$16, with a kids’ meal for $6.50. There are also freshly baked desserts, including vegan brownies. In Boston, they’ll hire a classically trained chef locally, the company says.

In 2015, Union Square Hospitality—which is behind Shake Shack and a dozen New York City restaurants—invested in Tender Greens to help it grow in California and elsewhere. It was USG’s first-ever investment in an outside concept in its 30-year history.

“Every now and then, I’ll visit a restaurant and love the idea—the food, the people, the culture—so much that I wish I’d thought of it myself. That’s exactly what happened with Tender Greens,” CEO Danny Meyer told Eater.

Tender Greens’ Oberholtzer started his culinary career in New England, with culinary school in Providence and a short stint in Brookline, he says in a press release.

“Boston’s rich food culture, neighboring farms and fishing communities make it an incredibly exciting place to cook,” he says. “The innovation engine of Boston’s academic community and the lifestyle it supports aligns perfectly with our values at Tender Greens… What better place to start than in Chestnut Hill overlooking the bell tower of Boston College across the water.”

Tender Greens’ healthfulness and hipness fits the bill at the Street, the burgeoning shopping and dining district, says general manager Alana Frey. It will join the likes of Legal Sea Foods, chef-driven café Ronsky’s, Shake Shack, and more, where it will span about 3,000 square feet. Tender Greens will have 60 seats inside and an additional 25 on a seasonal patio, and will debut in spring 2018. 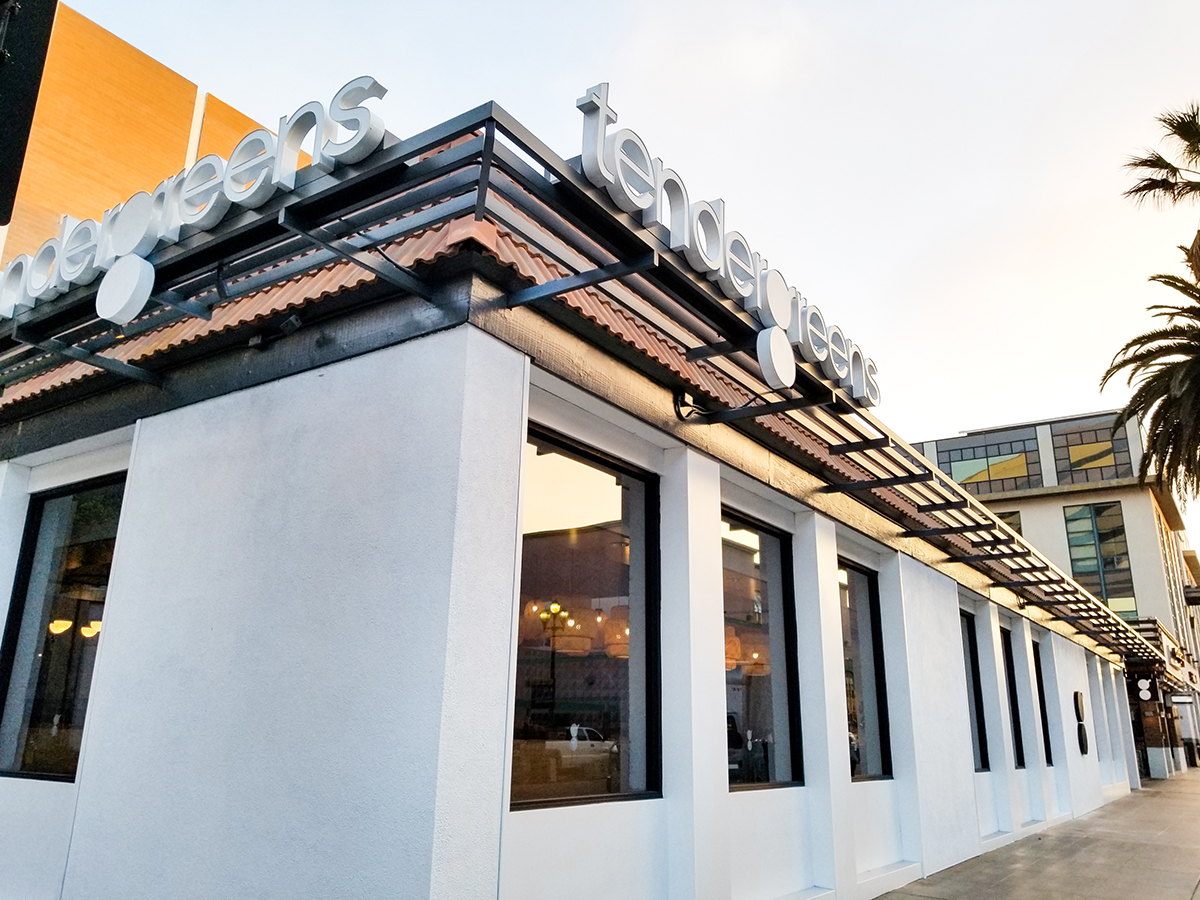 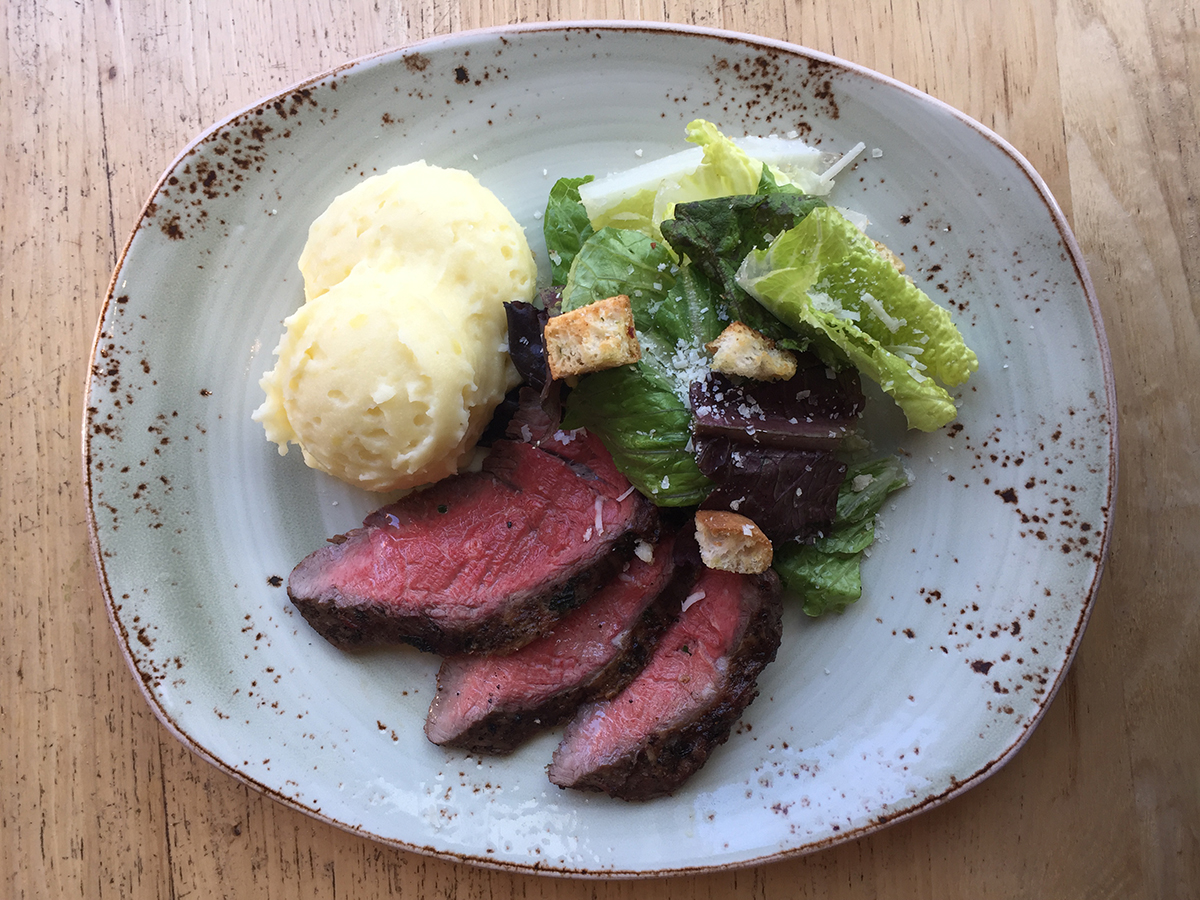 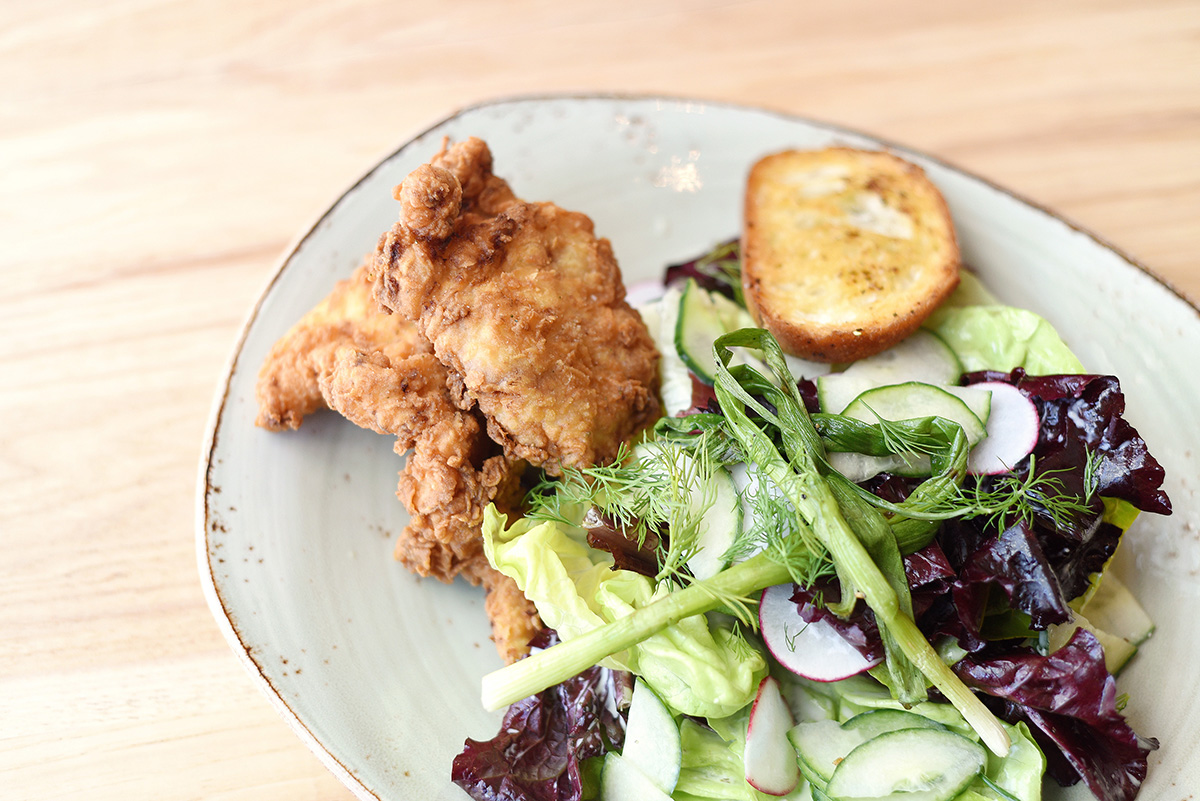 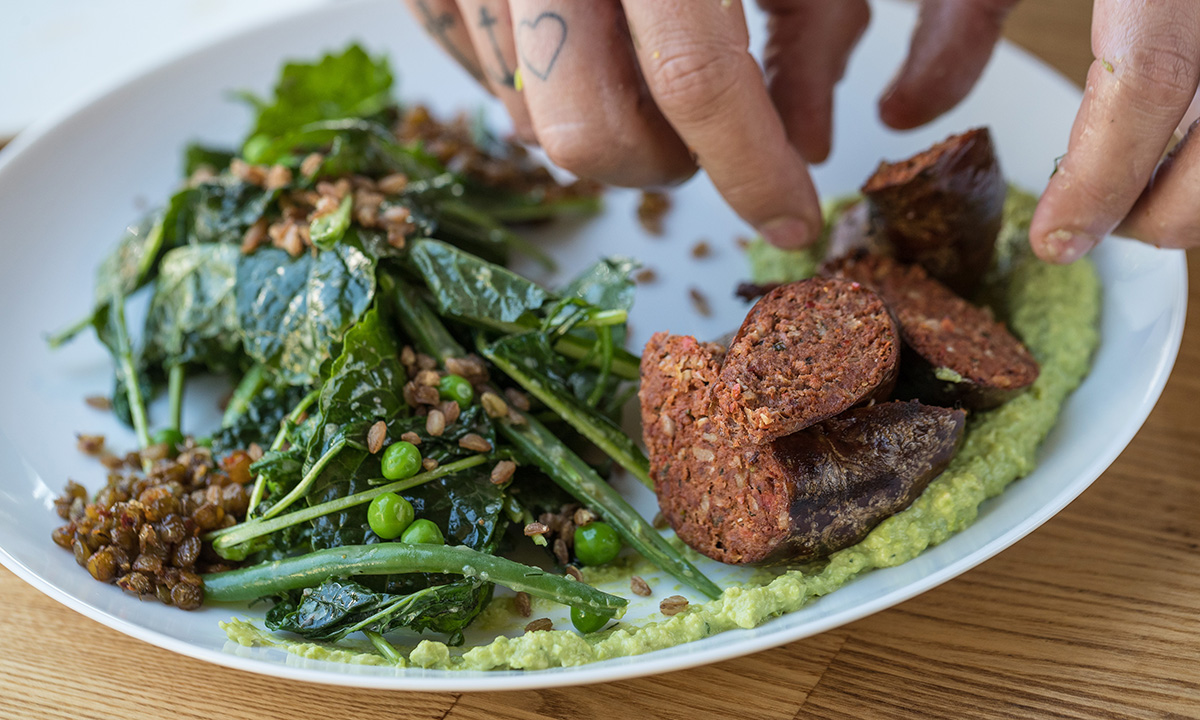 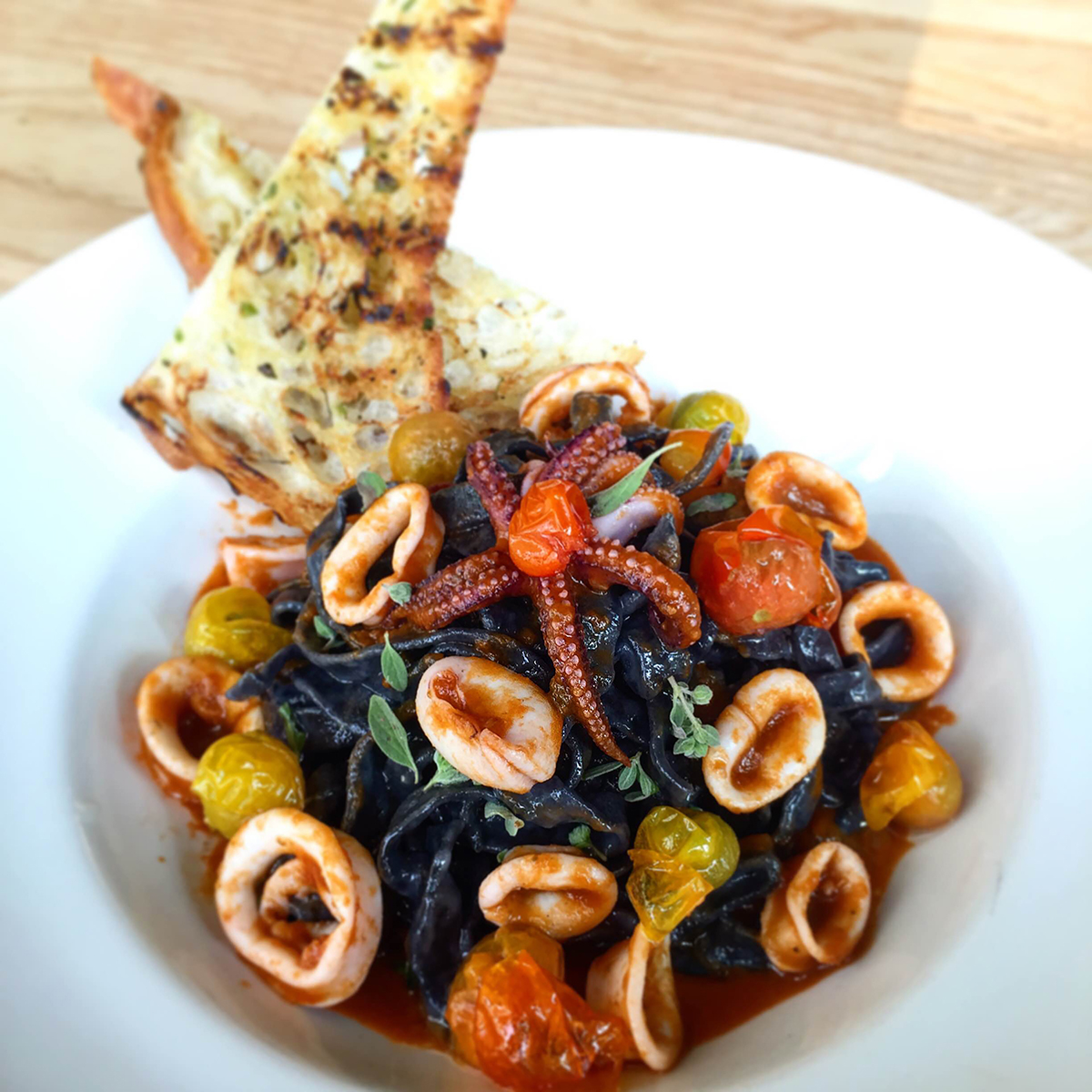