The Townsman chef discusses his forthcoming cookbook, opens up about his recent 160-pound weight loss, and shares two recipes that are perfect for Labor Day. 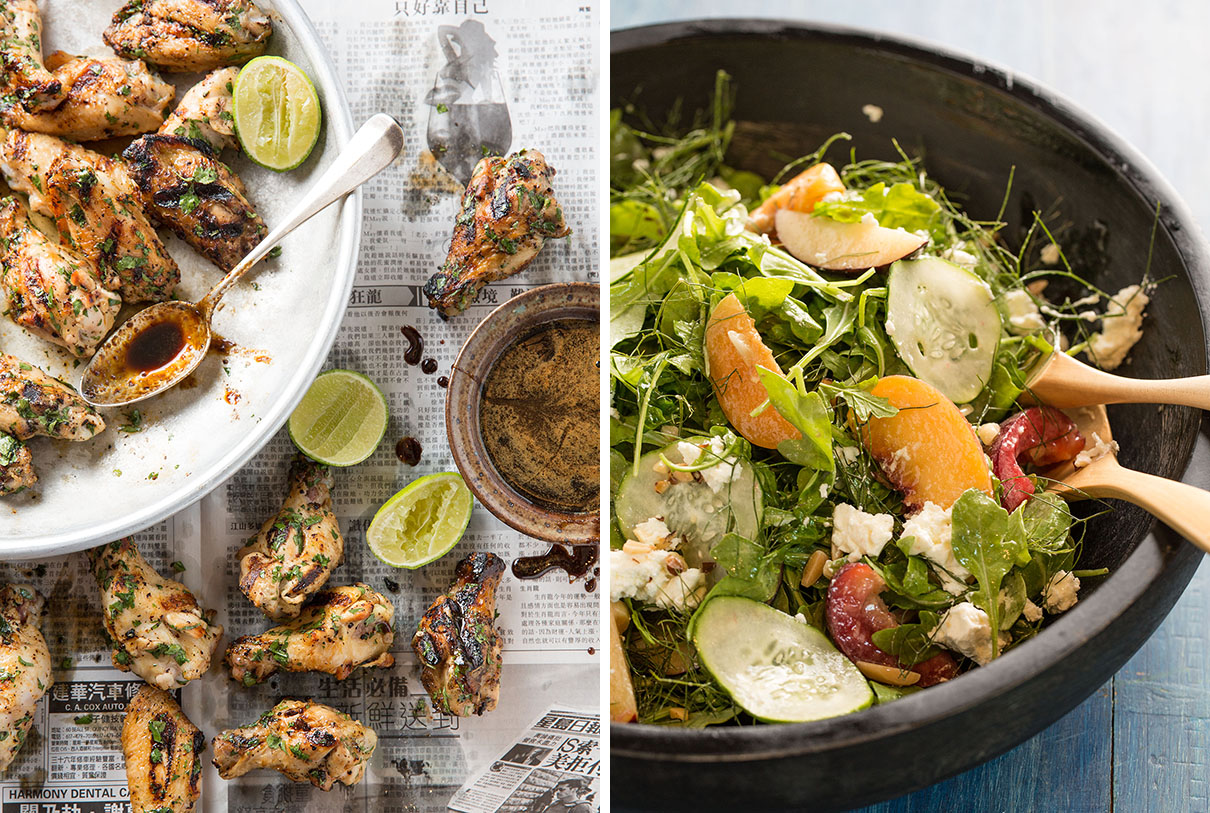 UPDATE, October 4: Matt Jennings is hosting a book release party at Townsman on Monday, October 16. The event includes a cocktail reception with passed appetizers from 5:30-7:30 p.m. Tickets are $50. In addition, several dishes featured in the book will be available to order in the dining room that night. The hometown event kicks off Jennings’ national tour in support of Homegrown. Check out the full schedule here.

It’s no secret that Townsman chef-owner Matt Jennings has championed some of the finer and fattier aspects of New England cuisine, from cheddar-loaded mac and cheese to heritage breed charcuterie. It’s also no secret that he’s lost 160 pounds over the last year through a dramatic lifestyle shift.

So it’s noteworthy that the publication of the Boston chef’s first cookbook, Homegrown: Cooking from My New England Roots (Artisan) comes now, at the height of his wellness transformation. In other words: He may have been writing about creamy clam chowder, fried clams, and rhubarb crisp these last two years, but he’s been eating other things.

And yet, Jennings says that the book, out in October, is unquestionably still a reflection of his culinary ethos. “It encapsulates a great portion of where my heart and soul come from when it comes to food,” he  says. “It’s a great jumping off point for who I am as a chef and a person.”

That said, at one point he wondered if his new health-focused lifestyle would take away his passion for cooking.

“I really worried that I was going to get to the other side and look back and think this [working in the food industry]  isn’t what I want to be doing, and I’m not interested in food anymore,” he says. “But if anything, it has gone in the opposite direction. I’m more embroiled in this business, and what I can do to be a productive member of it.”

Following gastric bypass surgery in 2016, Jennings lost the weight by following a strict Whole 30-based diet, cycling about 150 miles a week, and abstaining from alcohol. An all-or-nothing approach was the only way to recover from his food addiction, he says.

“I kind of lost track of how to treat myself well because I was spending so much time on treating my guests well,” he says. “I had a moment when I hit rock bottom.”

It came while Jennings was in New York City preparing for a television appearance and couldn’t find a Big & Tall store to buy clothes that would fit him. “I had overwhelming anxiety, and remember saying: ‘I’m not doing this anymore,'” he says.

He adds that the food and beverage industry as a whole is at “the tip of the iceberg” in dealing with issues related to health, stress, addiction, and work-life balance. “Ultimately, there are going to have to be some pieces of the puzzle that change in order to make it a sustainable lifestyle,” he says.

Charleston chef Sean Brock, a friend of Jennings’, recently spoke out about his struggle with addiction as well. “And we see it with other people, too,” Jennings says. “I think there’s a collective sigh of relief coming out of our industry as more of these stories escape through the cracks and crevices.”

In fact, it was Brock who initially encouraged Jennings to write Homegrown. Brock, of Husk Restaurant and McCrady’s, released his 2014 cookbook, Heritage, through Jennings’ now-publisher, Artisan.

“We were doing an event or something, and he mentioned that they were looking to do a New England book,” Jennings says.

The recipes and stories in Homegrown are based on Jennings’ life from childhood to today, he says, so his new lifestyle didn’t drastically change his approach to the seasonally driven content. But he did add in a few lighter recipes later on in the process.

“When it comes down to it, I think it’s about balance,” he says. “It’s not one or the other. I’ve been eating a lot of vegetarian, and some vegan stuff. But I still like a rack of ribs on the grill just as much as the next guy.”

Homegrown is on sale October 17. Below, Jennings shares some of the lighter options from the book—perfect for Labor Day patio-eating.

In a large pot, combine the orange juice, pineapple juice, lime juice, vinegar, ½ cup of the salt, the smashed garlic, brown sugar, shoyu, oregano, thyme, peppercorns, lemon halves, cumin, and 2 cups water and bring to a boil. Remove from the heat and let cool to room temperature. Pour the marinade into a gallon-size zip-top plastic bag or large bowl. Add the chicken wings to the cooled marinade, cover, and refrigerate overnight.

In a small bowl, combine the remaining 2 tablespoons salt, the ground black pepper, and the cayenne. Remove the chicken wings from the marinade and lay them on the paper towel–lined pan; blot them dry with more paper towels. Sprinkle the wings with the salt mixture on all sides and grill, turning often, until charred and cooked through, about 20 minutes.

Transfer the chicken wings to a serving platter and sprinkle with the cilantro. Serve with the barbecue sauce alongside.

Add the cider, stock, vinegar, brown sugar, and molasses. Bring the mixture to a boil, then reduce the heat to low and simmer, stirring occasionally, until the sauce has thickened and has the texture of ketchup, about 30 minutes.

Working in batches, carefully transfer the sauce to a blender and puree until smooth (alternatively, you can blend the sauce directly in the pot using an immersion blender). If the sauce is too thick, thin it with an extra splash of stock; if it’s too thin, return it to the pot and cook over low heat until it reaches the desired consistency.

Season the sauce with salt and pepper and strain through a fine-mesh strainer into a clean bowl, pushing the sauce through the strainer with a rubber spatula.

The sauce can be used immediately or transferred to a lidded jar and refrigerated for up to 2 weeks. Warm the sauce over low heat before using it on the wings or brushing it onto grilled chicken or pork chops.

Serves 6 as a first course

3 pounds assorted stone fruit (such as peaches, nectarines, plums, apricots, and cherries); peaches and nectarines pitted and sliced into sixths, plums and apricots pitted and quartered; cherries halved and pitted

¼ of an English cucumber, thinly sliced

In a medium bowl, whisk together the vinegar, lemon juice, honey, and thyme. While whisking continuously, drizzle in the canola and olive oils until combined. Season with salt and pepper. Stir in ½ cup of the almonds.

In a large bowl, gently fold together the fruit, cucumber, arugula, herb leaves, and fennel fronds, if using. Drizzle in the almond vinaigrette and mix gently to combine. Transfer the salad to a platter and crumble the goat curd over the top. Garnish with the remaining ¼ cup almonds and serve immediately.