The Central Square pizzeria is the Boston startup's new flagship. 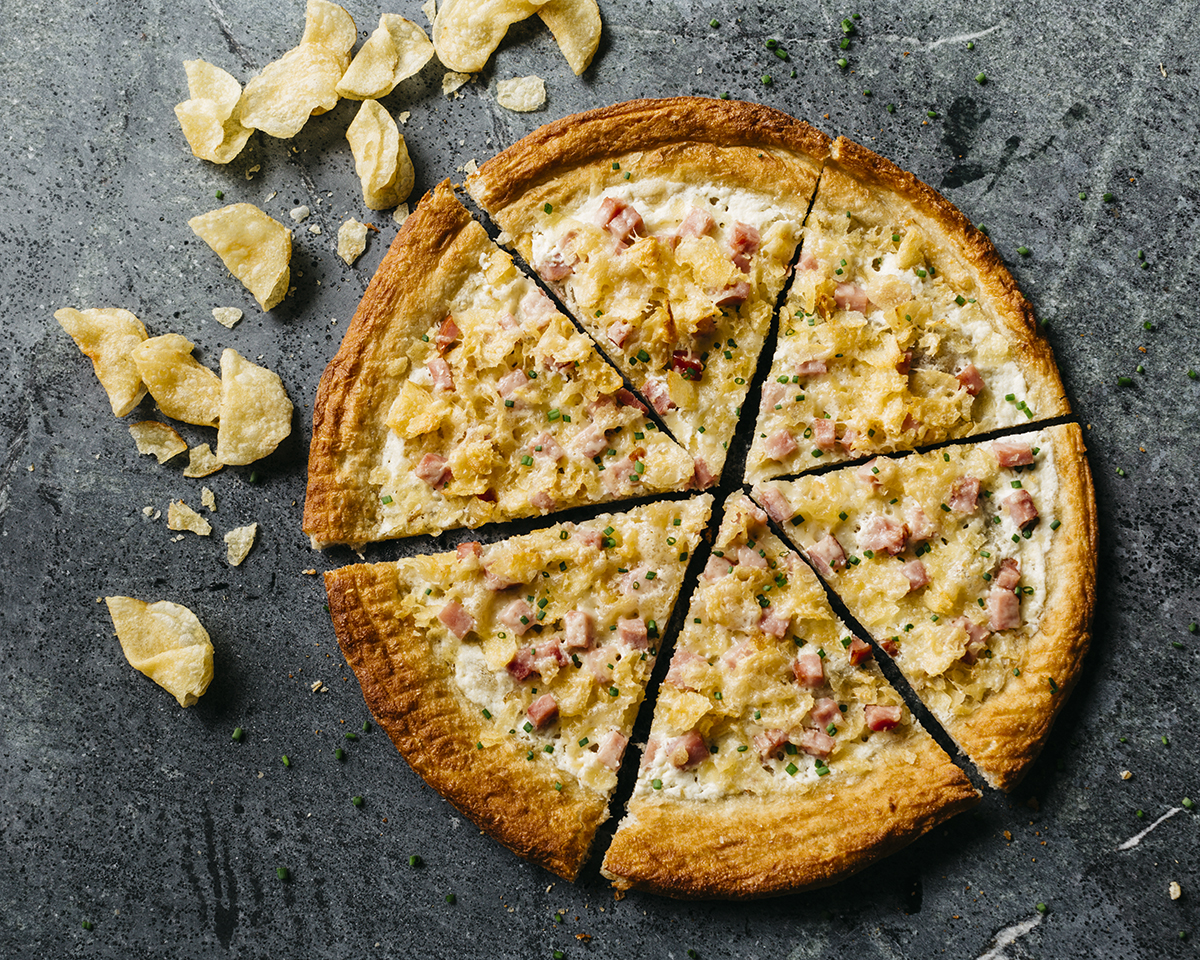 The new seasonal special debuted this week at the latest Oath, now open in Central Square. It will eventually roll out at all Oath locations, and it begins a new fundraising tradition for the Nantucket-born startup: 10 percent of sales of Mr. Crunch and all future seasonal pies will be donated to the Nantucket Project, an annual conference on-island that supports socially conscious leadership.

Oath started as a seasonal shop on Straight Wharf, opened inside South Station in 2015, and is now fueled by more than $16 million in series B funding to continue expanding around Boston. It has locations in Coolidge Corner, Chestnut Hill, and Davis Square, and has spots in the works in Fenway, and Fairfax, Virginia. Oath just moved its headquarters to City Hall Plaza, too.

The Central Square location is its new flagship: the largest so far, at 2,000 square feet, and the first to open with a new culinary team including consultant Suzanne Lenzer and chef Mike Hazen. Lenzer, a food stylist, recipe developer, and cookbook author, worked with Mark Bittman for many years “as the woman behind the food that appears in his columns and videos.” Hazen’s two-decade culinary career includes executive chef roles with Starr Restaurants, the Bareclona Wine Bar group, Barteca, and more.