While the legendary piano man was in Boston to play at Fenway Park, he dined with longtime friend Michael Schlow. 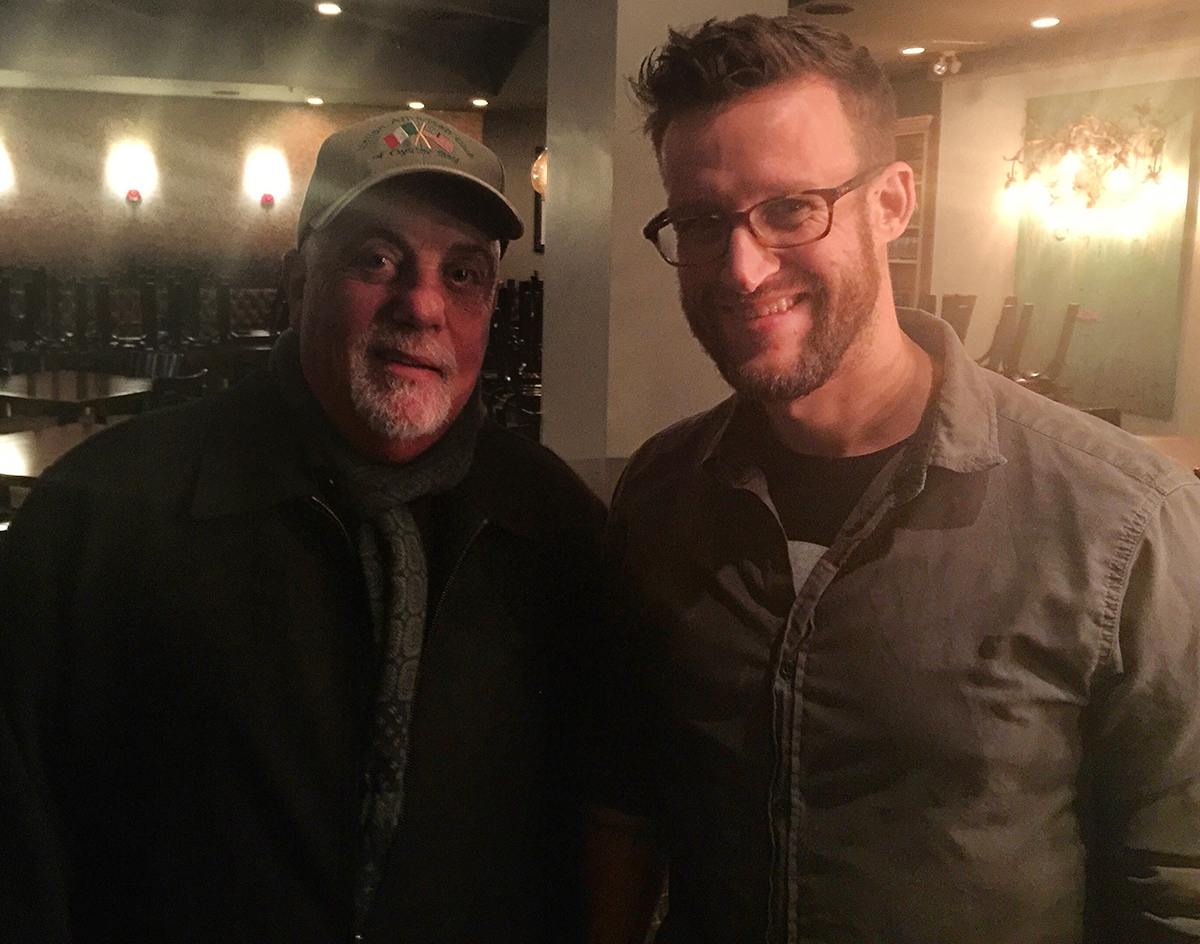 This is the fourth summer in a row that the Piano Man himself, Billy Joel, has performed at Fenway Park, and that’s not his only Boston tradition. He also always tries to dine at a Michael Schlow establishment.

Joel has been friends with the Doretta Taverna & Raw Bar chef and owner for years, says Doretta’s chef de cuisine Brendan Pelley. Before Doretta opened, Joel was a Via Matta regular. Pelley cooked a feast last night for his boss and his wife, Adrienne; Joel and his wife, Alexis; and Joel’s touring crew.

The chef got a heads’ up they would be coming in, so he prepared a slow-roasted leg of lamb, fresh hilopites pasta with truffles—“Bill loves pasta,” Pelley says—and “a whole bunch of mezze,” including his signature spinach pie, corn salad, grilled octopus, and more. The crew also had dessert, including baklava and homemade ice creams.

The group of about 12 guests rolled in just as Doretta was clearing out for the night, so they sat in the main dining room with the patio doors wide open. Before Joel got comfortable, though, he greeted fans and signed autographs. Dozens of people literally followed his car to the restaurant, Pelley reports.

The Grammy Legend (really—that’s an award Joel has won) sold out his return to Fenway this summer. The show was the fifth concert at Fenway this season, and it’s not over yet: Lady Gaga takes centerfield tomorrow and Saturday, September 1 and 2. Tickets are still on sale—and there are also reservations available at Doretta.