Start with these tahini brownies from Milk Street: The New Home Cooking. 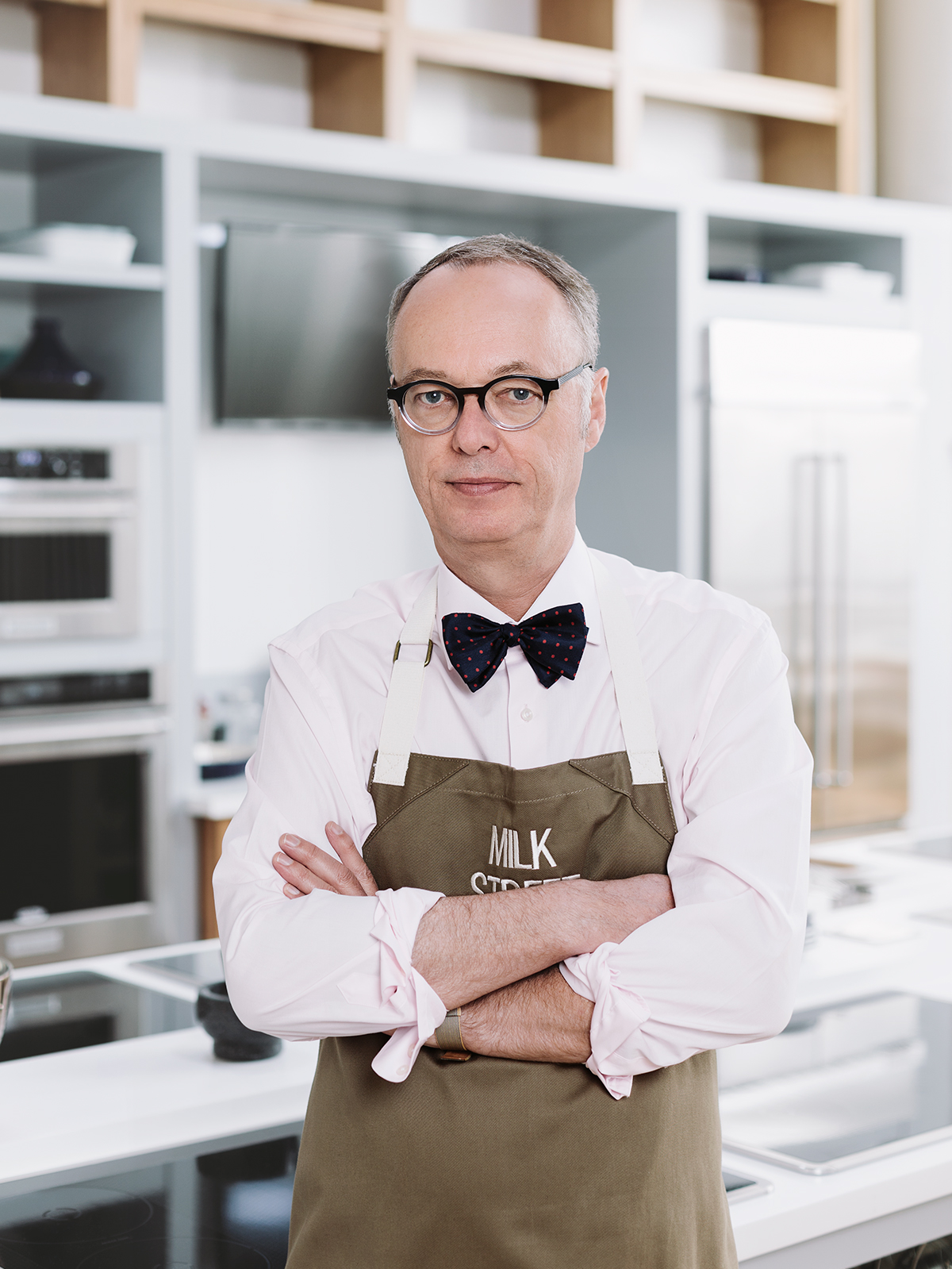 The bow tie is back. When his PBS television show and companion cookbook, Milk Street: The New Home Cooking launches later this month, Christopher Kimball’s new Boston-based food-media empire will be complete.

“In terms of our major content pieces, we have the foundation built, now we just have to go from there,” says Kimball, who also has a Milk Street magazine, cooking school, and radio show.

With the tagline, “we want to change the way you cook,” the former America’s Test Kitchen head’s new brand revolves around the idea that home cooks can make better, bolder-flavored food more easily by looking for inspiration around the world.

Basically: Now that you can get things like pomegranate molasses, tahini, and smoked paprika at the grocery store, why not learn how to cook with them? And while you’re at it, go ahead and pick up some techniques inspired by the culinary traditions of the Middle East, Africa, Asia, and elsewhere.

“We’re all about sitting down with people around the world to talk about and think about how we cook,” Kimball says. “It’s not ethnic cooking, it’s just cooking.”

Kimball makes a compelling case for his version of global fare through the book’s 150-plus recipes. The directions are easy-to-follow, with most dishes requiring a realistic number of ingredients and minimal steps—as evidenced by the following recipe for Tahini Swirl Brownies, a fudgy favorite upgraded with a nutty twist.

Heat oven to 350 degrees F. with a rack in the middle position. Line an 8-inch square baking pan with 2 pieces of foil with excess hanging over the edges on all sides. Lightly coat with butter.

In a medium saucepan over medium heat, melt the butter. Off heat add the chocolate and cocoa, whisking until smooth.

In a large bowl, whisk the eggs, sugar, vanilla and salt until slightly thickened, about 1 minute. Whisk in the tahini. Fold in the flour until just incorporated. Transfer 1/2 cup of the mixture to a small bowl. Add the chocolate mixture to the remaining tahini mixture and fold until fully combined.

Pour the batter into the prepared pan, spreading evenly. Dollop the reserved tahini mixture over the top, then swirl the batters together. Bake until the edges are set but the center remains moist, 28 to 32 minutes. Cool in the pan on a wire rack for at least another 30 minutes; the longer they cool, the better they cut. Cut into 2-inch squares. 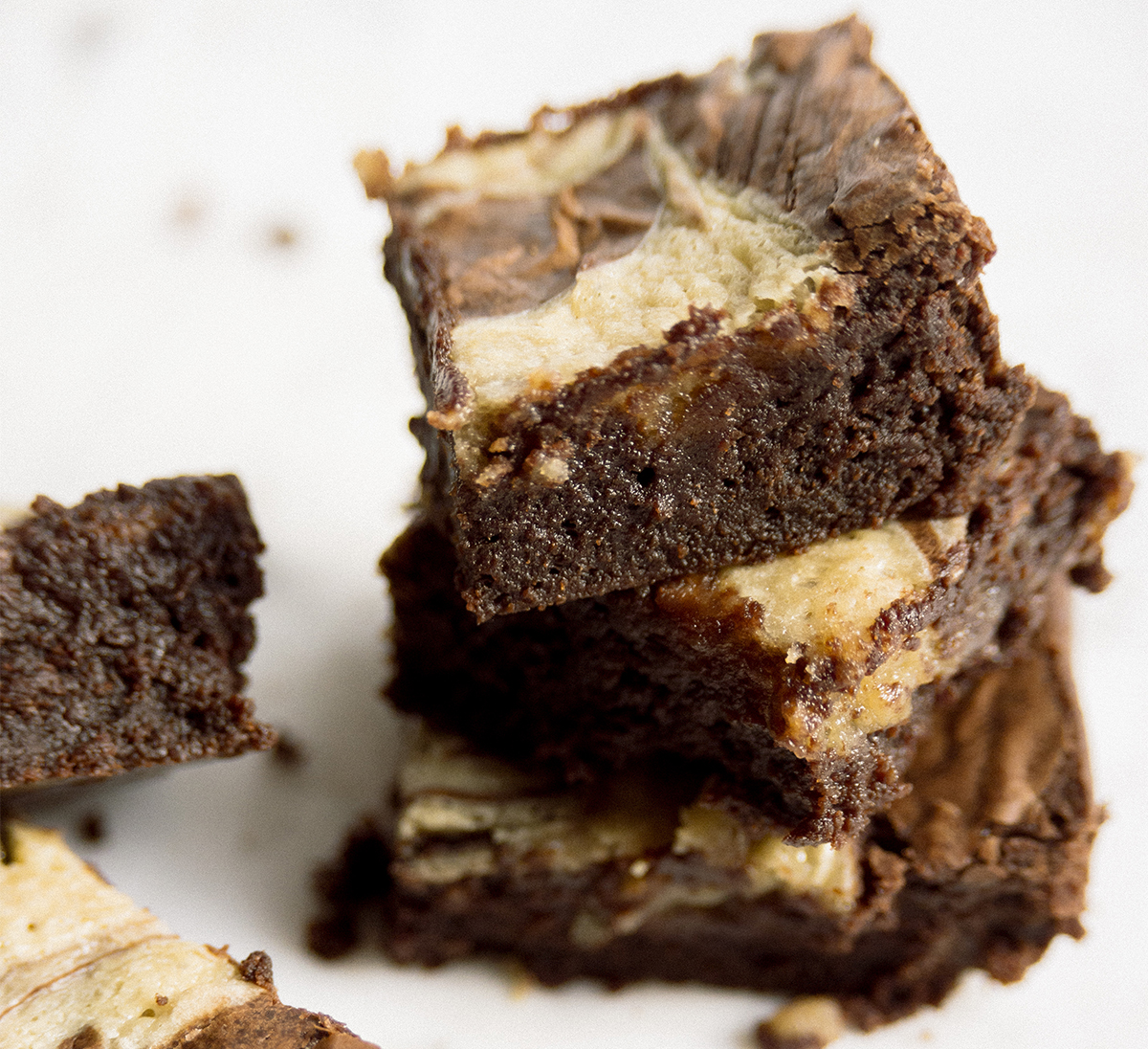