Exodus Bagels Will Open at the Former Canto 6 Bakery

And the Roslindale location financed through Kickstarter will be its production kitchen. 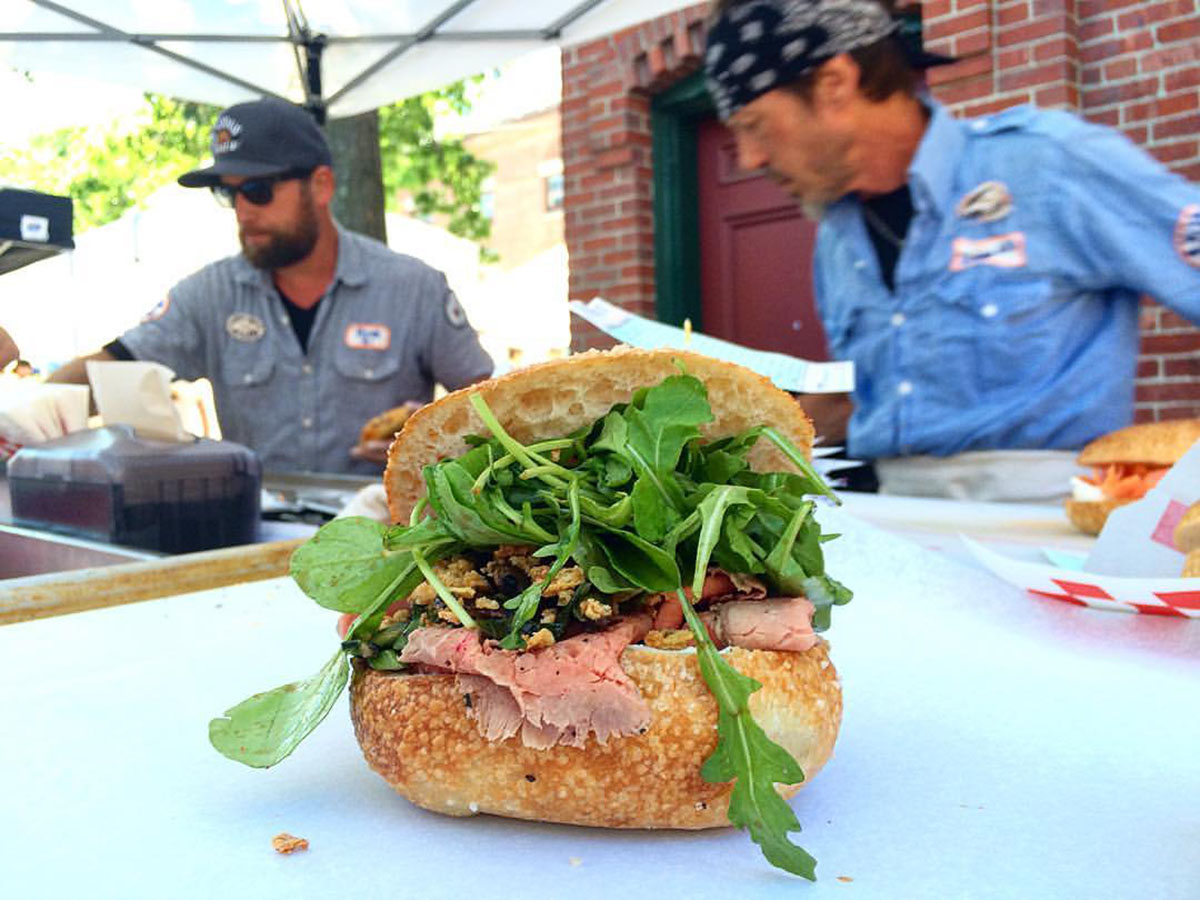 Change of plans for the pop-up Exodus Bagels: Instead of opening a diner and deli in Roslindale (at least, right now), the Jamaica Plain-born bagelry is taking over the former Canto 6 space for retail sales and café service.

Exactly a year ago, Exodus founders, husband-and-wife Adam Hirsh and Priscilla Andrade met an ambitious, $60,000 crowd-fundraising goal and began the process to convert a commercial kitchen at 2 McGraw St. in Roslindale into the diner and deli they envisioned. It turns out, though, their budget and plans for buildout “were way under reality,” and it became clear they needed to change course, they shared in a Kickstarter update late last month. That meant looking at smaller real estate options, with proper licensing already attached.

“This way, we can open much sooner, however not at McCraw. That said, a restaurant at McCraw will remain an Exodus objective as we continue to grow into the future,” Exodus reports.

Hirsh gets that some Kickstarter supporters might feel “duped” by this change of course—in fact, he’s heard from a couple of them, he says. “It’s OK,” he says. “All these choices that we’ve made have been really difficult.”

The pivot to JP, announced last night, on the one-year anniversary of the campaign’s success, is a way to make good on Kickstarter.

“It’s really so that we can be viable enough to fulfill the promise in some way,” Hirsh says. “If we weren’t careful, we might have outfitted a building we couldn’t afford to stay in.”

The Roslindale location will continue to be Exodus’ production kitchen, and once the brand has a regular place to sell its bagels, they’ll be able to up production and offer catering services, too. Once the JP shop “finds it groove,” Hirsh will concentrate on getting McGraw Street zoned for occupancy. That will require some serious buildout, like additional restrooms and sidewalk improvements—and it will mean it can legally host special events.

“Before it becomes a restaurant, or whatever happens in terms of service, it’s a space,” Hirsh says. “As soon as we can, we’ll put people in that building, one way or another, to make it feel alive. Phases will roll out, including selling bagels and prepared food there.”

Securing the former Canto 6 location is an ideal solution for Exodus, which started in the Parkside neighborhood. In fact, Hirsh and Andrade have lived there for more than a decade.

“That place was incredible, and we were sad when they closed. We understand there’s a lot of expectations about that local business in particular, and we’re psyched about it,” Hirsh says.

In last night’s announcement, he explains it this way: “We need a space to serve consistently without bouncing all over town. We want to preserve our community investment by opening in a spot that we used to frequent (and have since missed). And we’re grateful to serve the very neighborhood in which Exodus was born.”

When it opens on Washington Street, Exodus will carry Hirsh’s bagels, made at the Roslindale kitchen, and his beloved menu of sandwiches, plus drip and cold-brew coffee and other cold drinks. They hope to be open six days a week for breakfast and early lunch, maybe about 7 a.m.-1:30 p.m., Hirsh says. The team is still trying to figure out kitchen operations, but Hirsh imagines there will eventually be an option to have your bagels toasted, and maybe even your eggs fried. Exodus pizza bagels will definitely be on the menu, starting after 11 a.m.

The former Canto 6 is licensed for seven seats, and six people pledged $1,000 on Kickstarter to have their name emblazoned on a counter seat at Exodus Roslindale. He’s hopeful they’ll appreciate a stool in Jamaica Plain.

“When Roslindale [eventually has stools], if they want to move their chair, that’s up to them,” Hirsh says, with a little laugh. “There’s a lot of different ways to open, and this is the way we’re going.”

Exodus will open in Jamaica Plain by the end of 2017. Stay tuned to social media for updates—there, in Roslindale, and beyond. 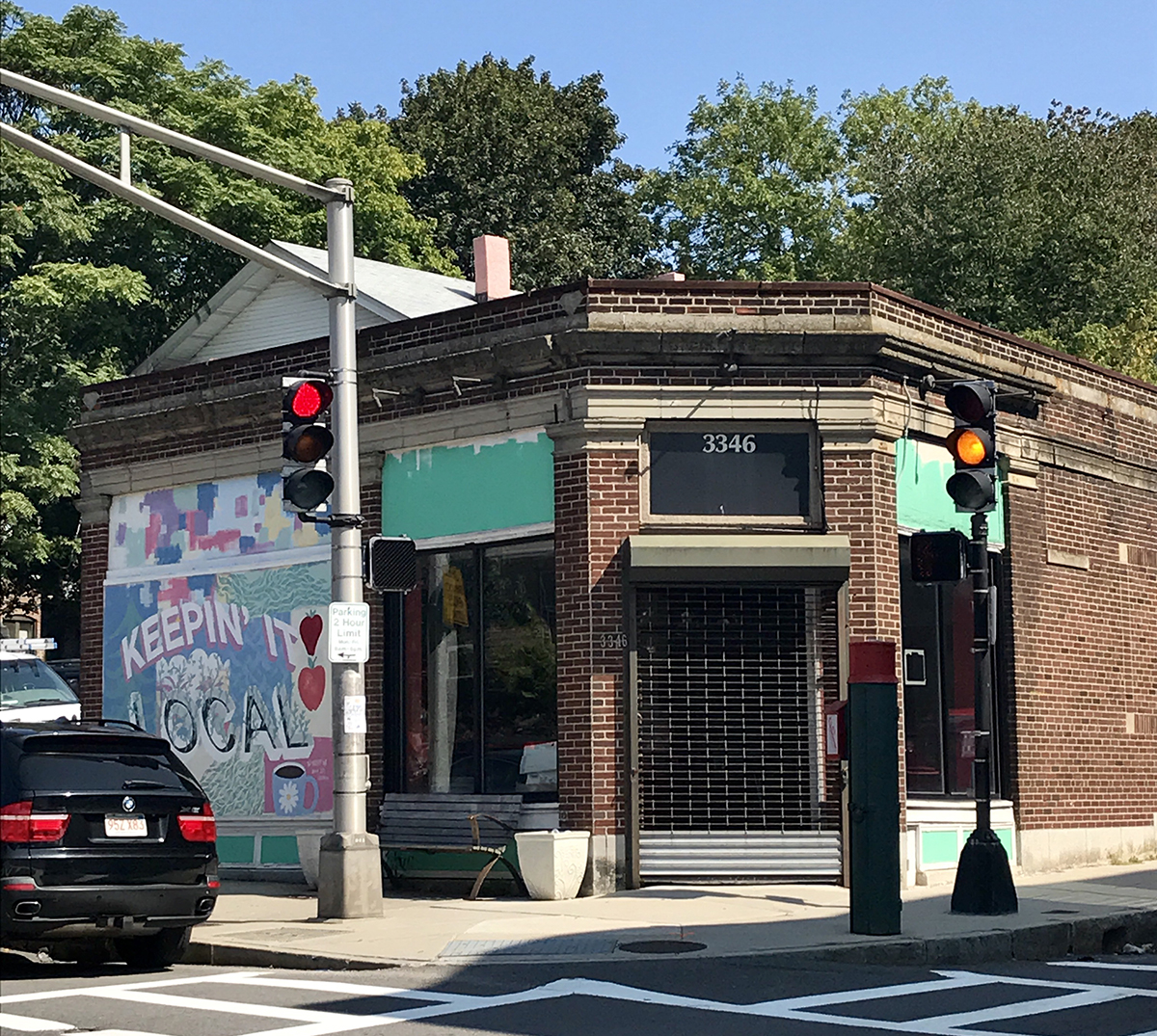 Exodus Bagels will open at this corner location in Jamaica Plain. / Photo provided