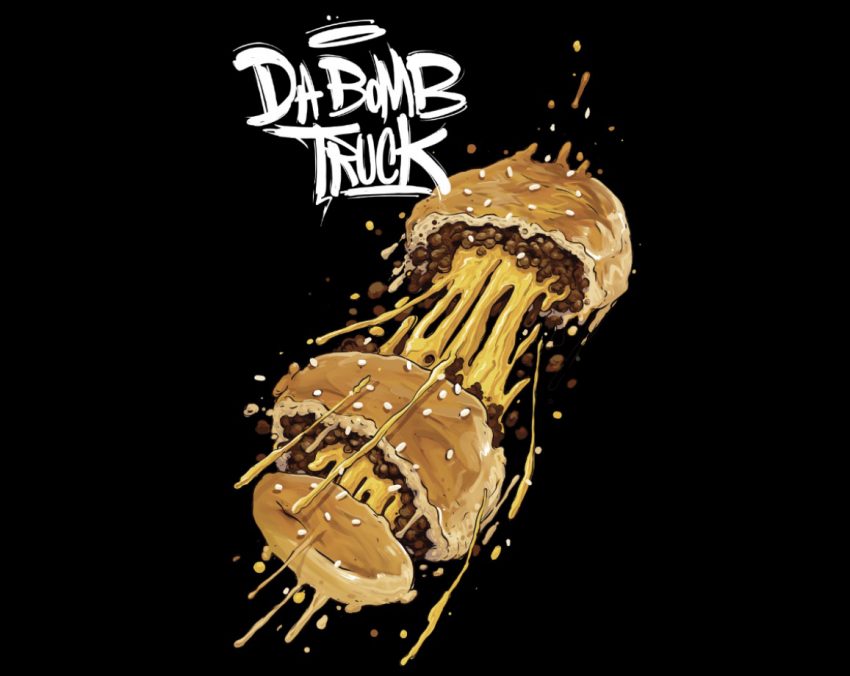 Seven years ago, Meaghan Fitzgerald thought she’d never join the family business, Jacob Wirth, the nearly-150-year-old German restaurant in downtown Boston that her parents own. But the fourth generation stepped into help manage one day, and the beer hall became her home. She’s leaving this month, though—as both the front-of-house manager and acting chef—to concentrate on family, and she’ll launch her own mobile venture, Da Bomb Food Truck. And in what better season than Oktoberfest?

“It’s a way you can eat a cheeseburger off a food truck without waiting as long as it typically takes to cook a medium-well cheeseburger, and not get messy. It’s a totally enclosed item,” she says.

Da Bomb Food Truck will have that flavor, along with festive German pork strudel, and apple pie bombs at its first-ever event, Idle Hands Oktoberfest this Saturday, September 16. Fitzgerald will bring along some Jacob Wirth sausages and kraut, too.

Fitzgerald, a 2014 40 Under 40 nominee by FSR magazine, managed hotels in Montana, as well as Boston-area spots like Rosie’s Bakery, and the Blackbird Cafe in Newburyport. She’s done pretty much whatever needs to be done at Jacob Wirth. But this year, she’s focused on her 18-month-old daughter, who has health issues, and it’s taking away from the demanding job of managing a 276-seat, Boston institution, she says. Finding her replacement(s) and actually leaving is tough, she acknowledges.

“The transition has been challenging and emotional because Jacob Wirth is truly a piece of my heart and a member of my family,” she says. But “I am hopeful for this exciting new adventure with Da Bomb Truck and the continued opportunity to partner with my dad and Jacob Wirth around exciting events like Oktoberfest.”

Later this month, Da Bomb hopes to be at the Salem Food Truck Festival, and put more events on its fledgling calendar. Follow on Facebook to get your hands around these flavor bombs this fall.