The Sycamore Team Is Opening Buttonwood With Chef Francisco Millan 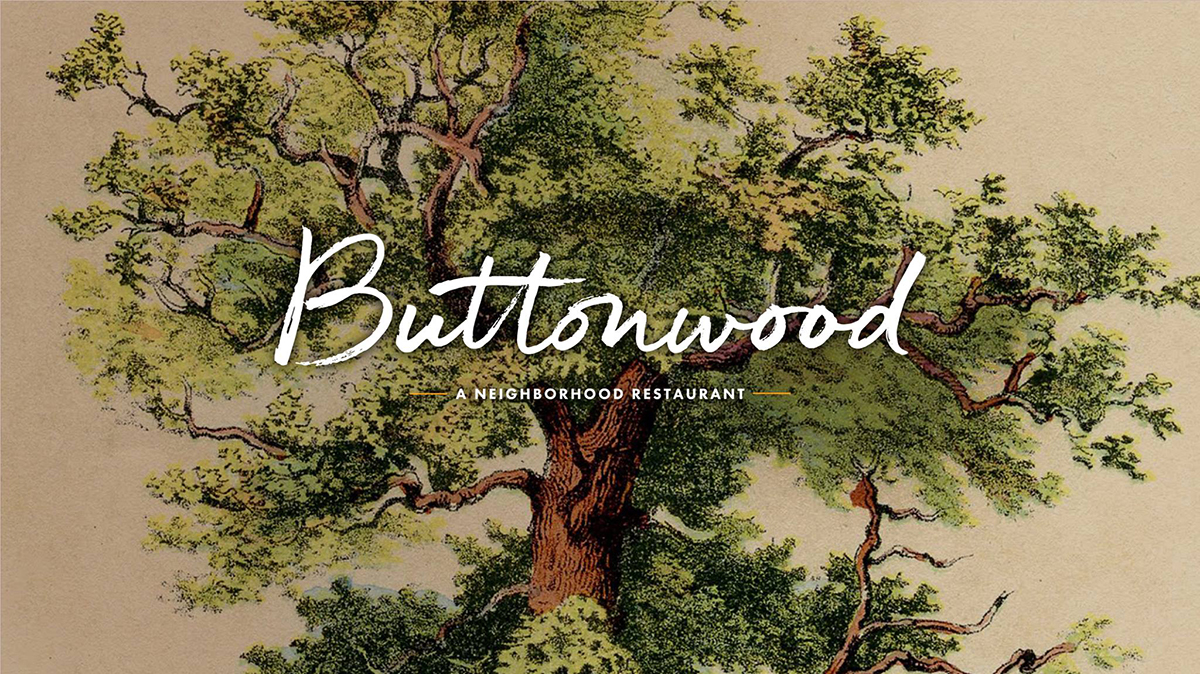 UPDATE, Thursday, Jan. 11, 9 a.m.: Buttonwood is now open in Newton Highlands. Per some social media sleuthing, Eater Boston reports the family-friendly menu offers dishes like a “pizza shop” Greek salad; house-made gemelli with spicy tuna pomodoro; a 10-ounce flank steak with chimichurri; spice-roasted squash with tahini and pomegranate; a Calabrian roasted half chicken; a cheeseburger; and more, with prices ranging mainly from $9-$30 with a few larger and more expensive entrees. Buttonwood is open 5-10 p.m. Monday-Wednesday, 5-10:30 p.m. Thursday-Saturday (midnight for the bar), and 5-9 p.m. on Sunday (11 p.m. for the bar).

Dave Punch, the chef-owner of Newton Centre standbys Sycamore and Little Big Diner, wasn’t really considering another venture. But when you have the right people around you willing to make it work, he says, the choice is easy.

“When people who are interested in being managers and chefs are into it, we can do this again,” Punch says.

Formerly 51 Lincoln, Punch says he was contacted about the Newton Highlands location shortly after it went on the market. He wasn’t initially interested, but he went to go look at it anyway, and realized it’s not as large as he thought—only about 65 seats. While it’s a bit bigger than Sycamore, and much bigger than the 20-seat Little Big Diner, the size is right in his wheelhouse.

And it’s the perfect size for a neighborhood tavern. While Buttonwood is a sister restaurant to Sycamore—the name is another word for the same tree—it will fill another niche in Newton.

“It happened really organically, but people don’t really bring their kids to Sycamore—which is fine. It’s an adult hangout. At Buttonwood, we’re going for a little bit lower price point, to make it more approachable for everybody,” Punch says.

Boston-based RODE Architects is leading the design. The restaurant will have a larger bar area, and a proportionally larger beer selection and bar menu—including a “kick-ass burger,” Punch says. Instead of the French, Italian, and predominantly natural wines that Bailey has stocked at Sycamore, she’s curating a list of more Spanish, Portuguese, and American bottles for Buttonwood, to complement Millan’s Iberian-influenced cooking.

“I want them to be very different restaurants, and I want to give the people of Newton another look from us,” Punch says.

Millan has honed his cooking style over the last decade-plus with Gabriel Frasca at Straight Wharf (Nantucket), Ken Oringer and Jamie Bissonnette at Toro, and Jeremy Sewall and company at Island Creek Oyster Bar and Row 34, which he opened as chef de cuisine. For the last couple months, he’s been in the kitchen with Lydia Reichert at Sycamore. Buttonwood will be “very similar to Sycamore, in terms of the quality and seasonality of ingredients,” Millan says.

The new restaurant will have a smoker and a wood-fired grill, which will both influence the menu. Millan is developing dishes now, but expect snacks and appetizers like grilled octopus with Romesco and salsa verde; wood-grilled Nantucket Bay scallops with smoked paprika butter and toasted breadcrumbs; and toast with boquerones and piquillo peppers. He wants to offer some composed entrées, like roasted half chicken with potatoes and baby turnips; as well as large-format proteins for the table, like a veal porterhouse tonnato, and a double-cut, smoked pork chop with braised cabbage and mustard. Millan won’t have a pastry chef, but Buttonwood will offer some simple, seasonal desserts—a pear gallette with whipped crème fraîche, perhaps.

“Just really simple, rustic, tasty food that people want to go back for,” he says.

Things are ramping up, Millan says, and the team is eyeing a late October or early November opening. Buttonwood will start with just dinner service at first, but Sunday brunch is under discussion.