The Boston-born brewing company pays homage to the neighborhoods of its past, while it puts down roots in Roxbury. 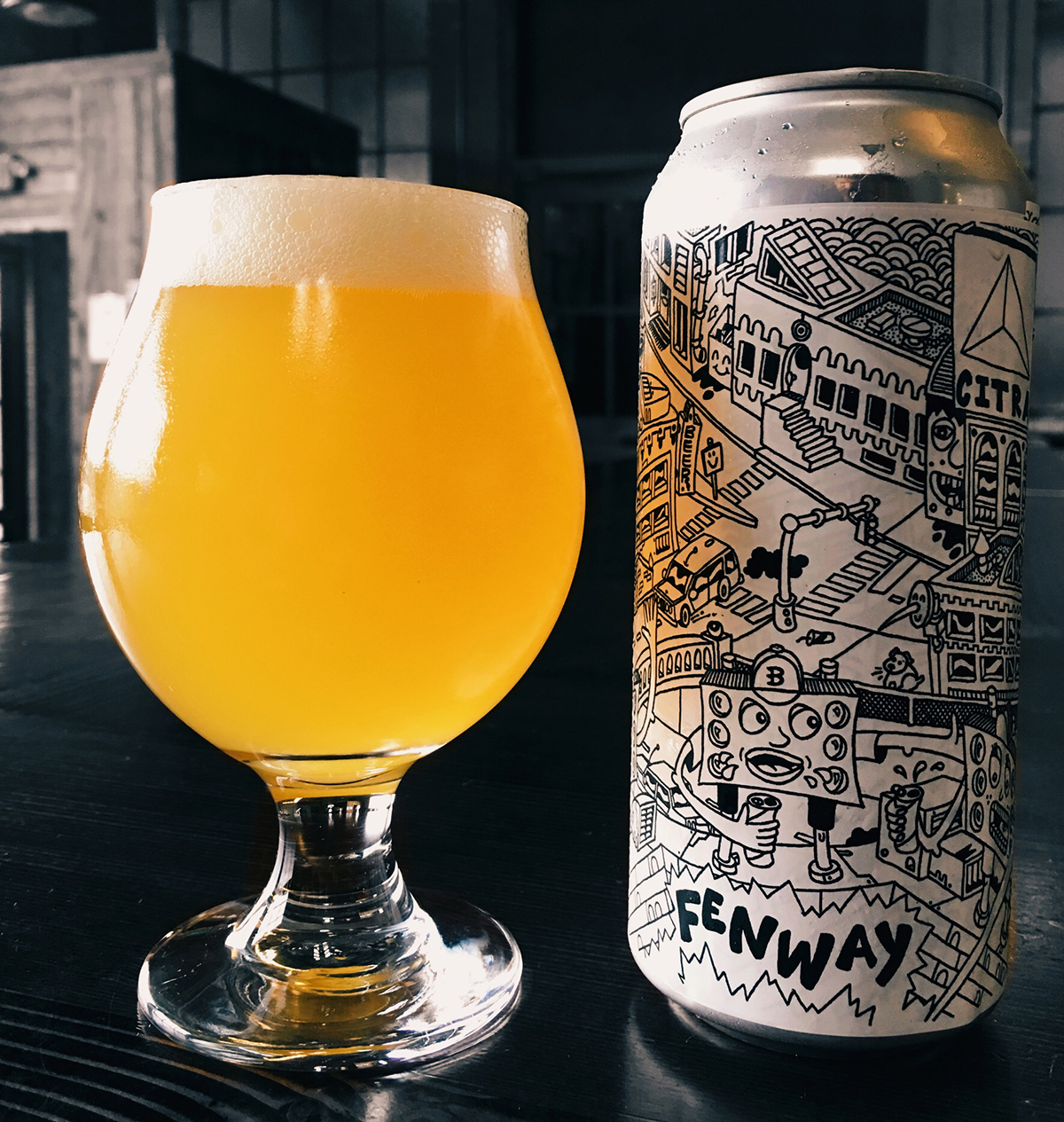 UPDATE, Tuesday, October 3, 9 a.m.: Backlash will debut its retail counter with a brewery-only can release on Friday, October 6, at 4 p.m. The team has a “respectable” amount of the latest Stomping Grounds IPA, Central Square, available to go only. Backlash will have retail hours throughout the weekend, and the new space has a private parking lot.

Before Backlash Beer Co. officially calls Roxbury home, the cofounders are looking back at where they’ve been. The second beer in the Stomping Grounds IPA Series, Fenway, is in stores now. And later this month, Backlash hopes to unveil a retail shop at its permanent digs with a new release called Central Square.

“We wanted to do a series of beers that pays homage to our roots, but also looks forward,” says Backlash cofounder Helder Pimentel.

First up was Allston, named for the neighborhood where Pimentel made the first homebrew batch that eventually inspired Backlash. Fenway is where cofounder Maggie Foley lives, and it’s also home to several early accounts that helped the contract-brewed Backlash grow over the years, Pimentel says. Central Square is from where another co-owner, Zach Bray, hails. Financial District is in development—Pimentel and his partners first met while working at an ad agency there—and finally, Roxbury, “which is where we will end up.”

Each Stomping Grounds IPA is in the hazy, soft, New England style, but uses different hop varieties; Fenway is loaded with Idaho 7 and Citra, as immortalized in the label’s cartoon “Citra” sign. Each beer gets an intricate, custom, pen-and-ink label by Ben Jundanian, “a ninja with a Sharpie,” Pimentel says.

Pimentel anticipates Fenway to be available at retail stores for another couple weeks, though it’s up in the air whether Backlash will brew more batches in the future.

“The Apocalypse series, several years ago, was similar—we commissioned an artist, created five beers. We ended up keeping one that filled a need in our lineup, Death, our imperial stout. I can see bringing one of [the Stomping Grounds beers] into our lineup. But for now, our plan is to see this series through,” he says.

While the company awaits the arrival of an American-made, 15-barrel brewhouse in Roxbury, Pimentel is brewing at the tenant facility Dorchester Brewing Co., which is where he made Central Square this week. But the plan is to share a sneak peek at Backlash’s long-awaited brewery in conjunction with its release.

Announced (and Kickstarted) last November, the brewery buildout has, unsurprisingly, taken longer than anticipated. The 1840s building, located just a quarter-mile from Bully Boy’s distillery and cocktail bar, and Prospect Cider’s in-the-works facility, is zoned to allow brewing and retail sales. But the team has had to cut through a lot of red tape to get it zoned as a bar, Pimentel explains. They’re currently in the midst of that Zoning Board of Appeals process. Backlash will hopefully be approved for a taproom use in the coming weeks, at which point construction on the taproom can start. But in the meantime, they’ve done a lot to get the production side ready.

And the team has built out a small retail space already. Adjacent to the brewhouse, and eventually, connected to the regular taproom, the area has a couple floor-to-ceiling windows that overlook the production floor. A temporary wall hides the under-construction taproom for now, on which Pimentel and Foley hand-painted Backlash’s new logo. They plan to build a service counter in the next couple weeks, and hope to debut Central Square Stomping Grounds with an exclusive release there on the last weekend in September, before it’s sent to retail accounts. 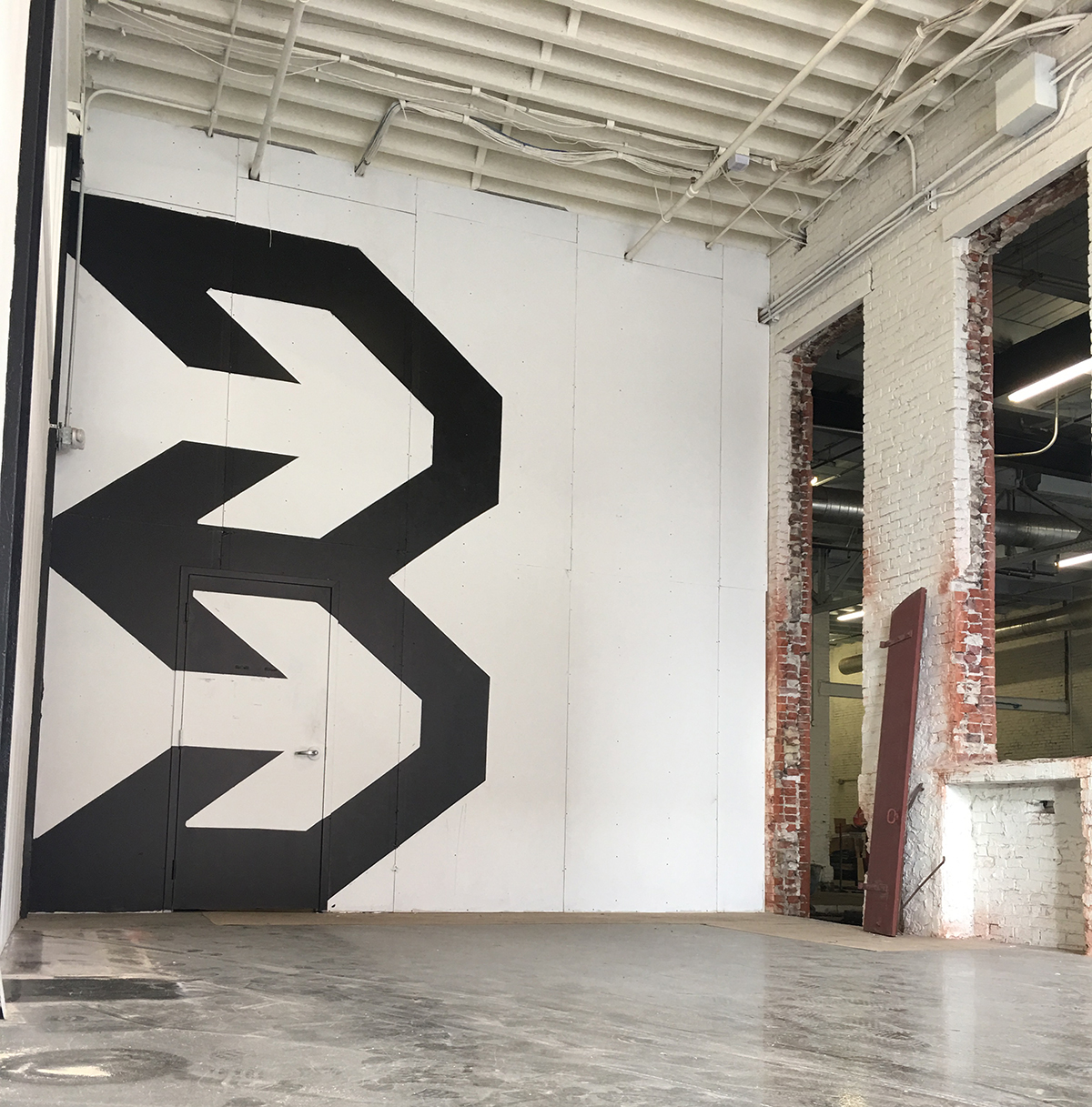 “The biggest milestone for us is to have people in the space,” Pimentel says. “We’re hoping we’ll have taproom-only releases of beer that we make at Dorchester [while we finish up construction, and await on-site pouring licenses]. It’s not ideal, but it’s the compromise we have to do.”

With Bully Boy, there is a bar scene to be had while you’re in the formerly totally-industrial neighborhood. And when Backlash and eventually, Prospect Ciderworks open their taprooms, Pimentel says, “We’ll have a nice little destination.”

Stay in the loop with Backlash’s Facebook and Instagram accounts for the retail opening later this month.