The Bushwood Cocktail Club is a retro bar with old-school arcade games. 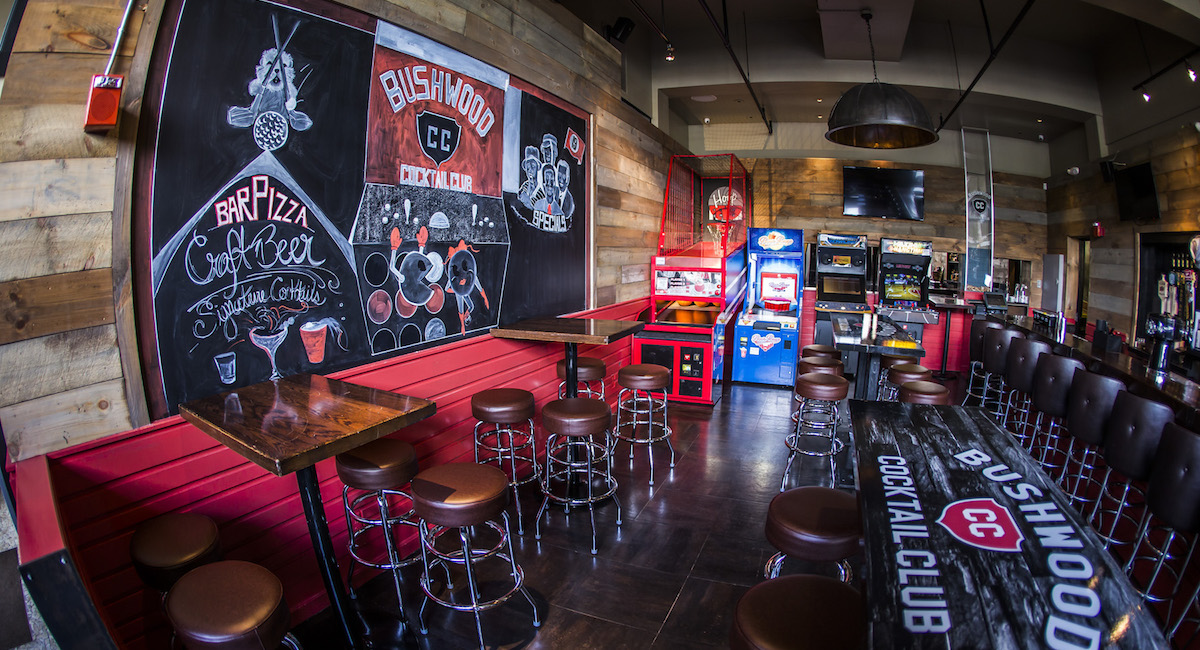 Gophers on the Greenway? Downtown Boston now has a bar inspired by the 1980 comedy Caddyshack, Eater Boston reported.

Taking its name from the fictitious Bushwood Country Club, the real-life Bushwood Cocktail Club is a retro bar with arcade games. The owners, who are also the people behind the adjacent Finn McCool’s Public House, wanted a throwback to the low-tech 1980s. In a press release, co-owner Todd Smith says the bar is a departure from the fast-paced Financial District.

“The pressure in the workplace has increasingly intensified because everyone is so accessible through technology,” says Smith.“Our goal is to have a laid-back, low-key hangout to bring the ’70s, ’80s, and ’90s bar nostalgia with today’s ever-evolving restaurant scene to offer a game-changing experience in Downtown Boston.”

Old-school arcade games on the premises include Pac-Man, Galaga, and Donkey Kong, with a selection of board games also available. No golf, but we’re alright.