Meet the Newton Music Teacher Who Might Win MasterChef Tonight

Jason Wang has impressed Gordon Ramsay with a love of New England seafood, desserts, and education. 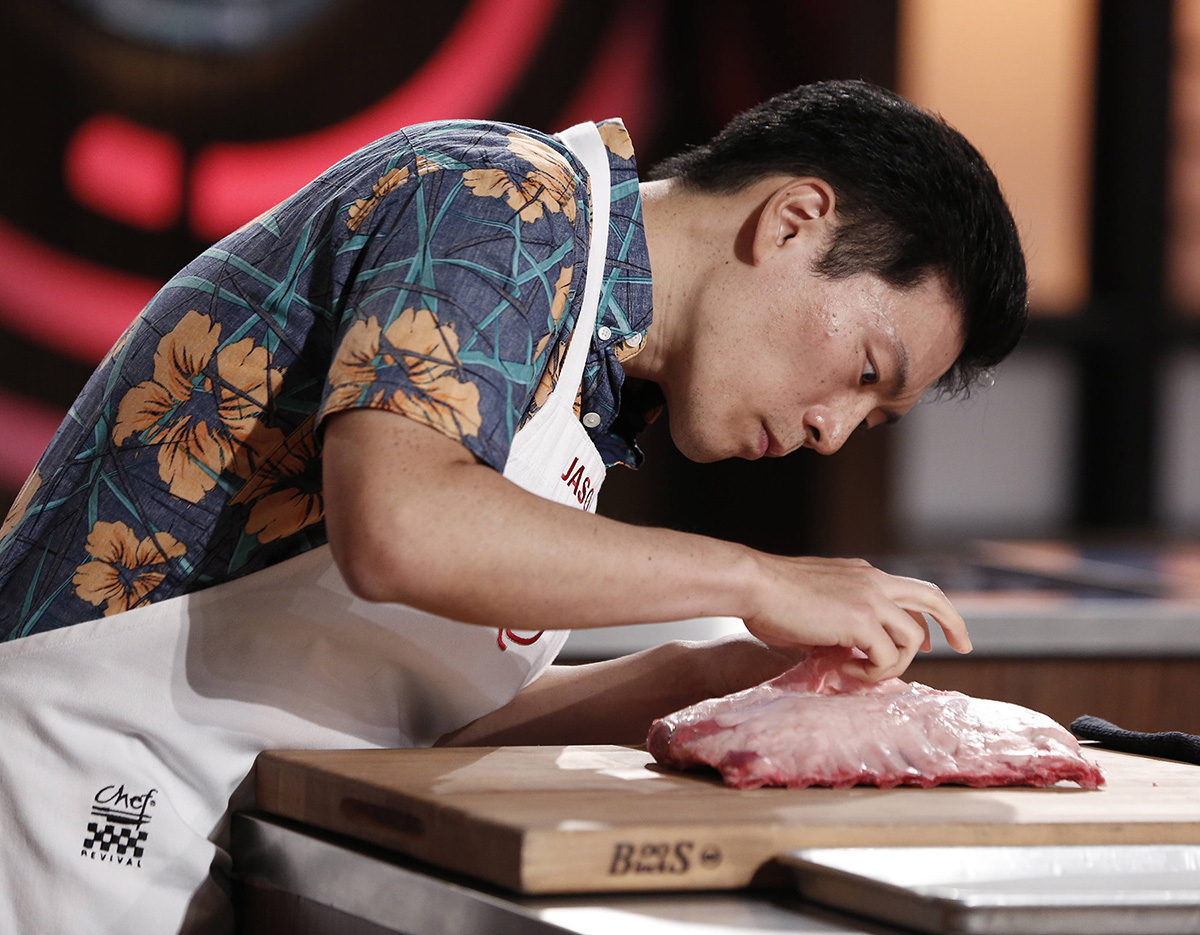 Do not underestimate the power of garnish. Careful plating, in part, has helped Jason Wang rise to the top 3 on this season of the Fox show MasterChef. Tonight, Wang will leave it all on the table as he competes against two other amateur chefs for the title, and a quarter million dollars.

Wang, a professional singer and part-time music teacher at Newton South High School, has always loved food and cooking. An educator at heart, he loves sharing what he’s learned by reading and traveling to introduce people to new flavors, he says. But a small, added benefit is praise from the people he’s cooking for.

“I like to bring desserts or appetizers when I go to people’s houses. I didn’t realize, but people are shocked when I plate things,” he says, with a modest laugh. “I’m definitely a perfectionist.”

So, when his friends saw that Boston was hosting an open casting call for the Gordon Ramsay-led cooking competition, Wang’s phone kind of blew up, he says. He had to try out. “Why not see how I stack up against the best home cooks in America?”

Pretty well, it turns out. For that open audition, contenders had to bring a fairly complete dish, as the judges would offer no cooking equipment, and only three minutes to plate. Wang prepared a Vietnamese-inspired shaved salad—Asian flavors are his preferred style—with kohlrabi, matchstick-thin carrots, poached shrimp, herbs and a funky dressing, and a black sesame cracker on the side.

“I love textures,” he says. “Crunchy, sour sweet, a little spicy. The person [judging] said it was impeccable.”

Throughout the competition, Wang bested more than 35 would-be Master Chefs to make it to tonight’s two-part, season eight finale. The only way to do that is to not let Ramsay’s celebrity, or intensity, intimidate.

“Gordon Ramsey is a very imposing gentleman,” Wang says. “Sometimes when people are in pressure situations, they shrink. He made sure we were in it 100 percent. Even if he was yelling at us, there was always a nugget of wisdom. You just have to sift through that crazy energy and find out what he’s telling you.”

Wang’s background as a musician helped him understand this, he says. The tenor sings with the five-time Grammy-nominated Boston Baroque, Boston Lyric Opera, the Handel & Haydn Society, and more. At Newton South (which is also his alma mater), he conducts the orchestra, co-directs other ensembles, and teaches private lessons.

“In a performance situation, you can’t stop if someone’s stand fell over. You just keep going, smiling through, working through, making adjustments as needed. It’s taught me grace under fire during a high-pressure situation,” Wang says.

Ramsay’s costar, fellow judge Christina Tosi, has been extremely constructive and helpful in her criticisms, Wang says. He’s long admired the influential pastry chef and founder of Milk Bar, and he is very impressed with her knowledge in person, he says. This being 2017, though, people on social media have said otherwise, making digs at her appearance and more, Wang has seen. That’s not cool—but he’s using it as another educational opportunity.

“Especially with reality TV, you get shown what you’re shown. Maybe that isn’t the entire story,” he says. “As a teacher, I talk to my students about the idea of bullying, and online, it’s so easy to say comments about people who appear to be characters on a TV show, but people are humans. Focus on something positive. Even if you have something critical to say, you can say it in a positive way.”

MasterChef has provided Wang’s first-ever experience cooking in a restaurant setting—managing his priorities as guests come in at different times, and order different things. Since the show started, the amateur chef joined the South End Buttery chef Matt McPherson on a seafood-centric pop-up. Wang teaches a class or two every semester at the Cambridge Center for Adult Education in Harvard Square, and he and fellow MasterChef-testant Cate Meade are kicking off the fall season with a dinner and class there on Friday. Wang will also teach a class on dumplings and wontons there this fall. But if he wins the $250,000 grand prize tonight, he won’t be putting it toward his own restaurant.

“I’d definitely like to donate some of it to education. I see so many places there are needs that can’t be met for budgetary reasons. For people given opportunities like this, it’s not an opportunity to be selfish. I am where I am because of some amazing teachers,” Wang says.

He has an active Instagram and Facebook presence, and he’s looking into developing his own educational cooking series on YouTube. And he’s definitely sticking around Newton South. The district does offer culinary classes.

“There are a lot of ways to get kids excited about food and art,” Wang says. “I’ll always be a musician, but I think I’d like to explore food. I did not expect to be this far in the competition.” 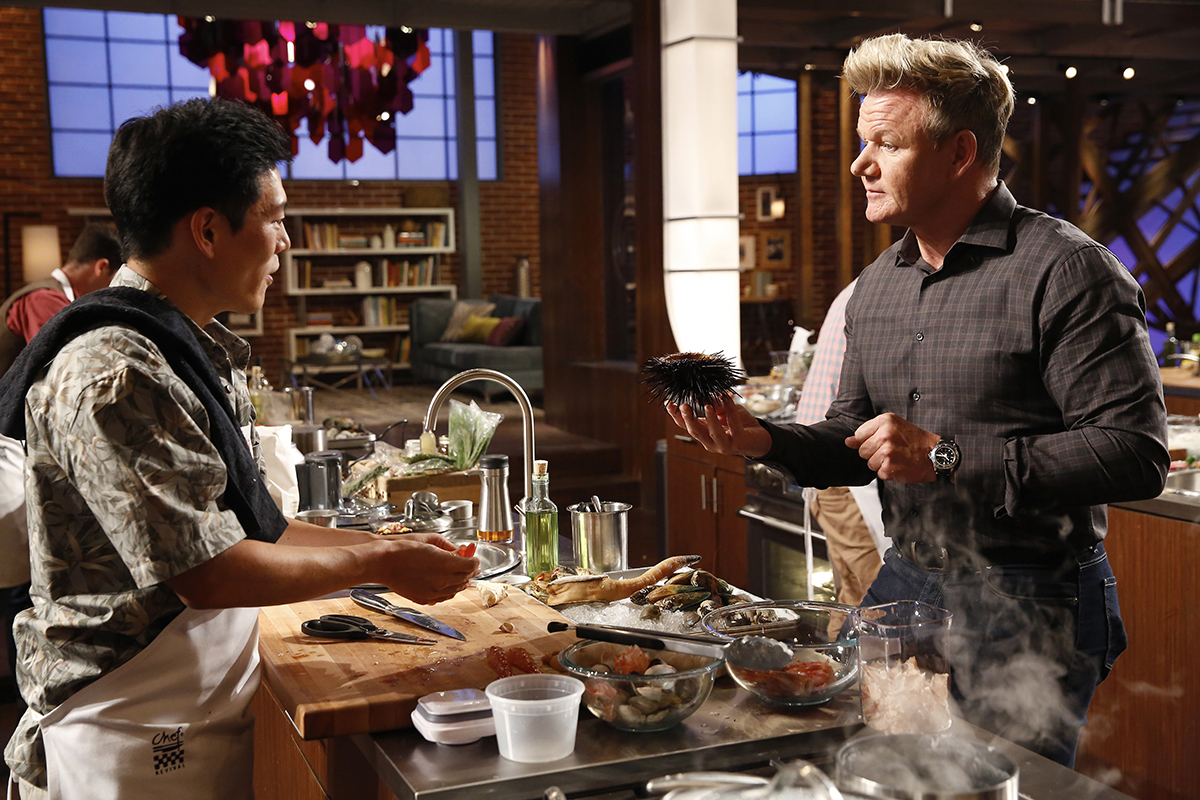