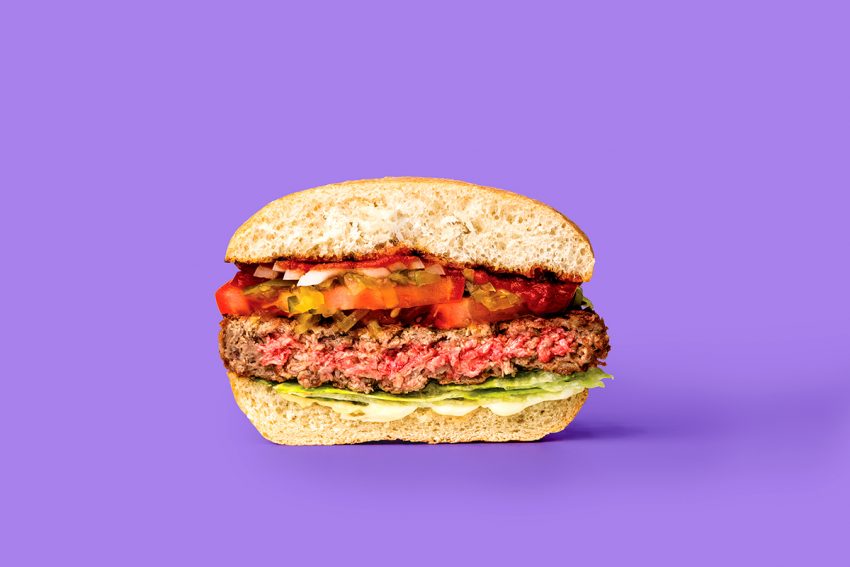 Are you curious—maybe a little morbidly so—to try the veggie burger that bleeds? You finally have a chance to order it in New England. Beginning Friday, September 22, Clover Food Lab will offer a sandwich with meatballs made of the Impossible Burger.

A creation of Silicon Valley startup Impossible Foods, the Impossible Burger had its restaurant debut at David Chang’s NYC spot Momofuku Nishi in July 2016. The lab-derived, plant-based patty uses 25 percent of the water and 5 percent of the land required for beef, and it emits 13 percent of the greenhouse gases that cows do, according to the company. Impossible Foods says that one of its burgers “saves the equivalent of a 10-minute shower’s worth of water, 75 square feet of land, and 18 miles driving in a car.”

Chang said he was “genuinely blown away” when he took his first bite. “The Impossible Foods team has discovered how to re-engineer what makes beef taste like beef,” the celebrity chef said. “We’re always looking to support people who are making the best products in the best ways possible and to me, the Impossible Burger is one more example.”

The Impossible Burger is made from things like textured wheat protein, coconut oil, and potato protein, plus its “secret sauce” soy leghemoglobin, an iron-containing molecule also known as “heme” that gives it its medium-rare, beef-like qualities. Want to know more? Impossible Foods founder and CEO Dr. Patrick O. Brown is at the Harvard University Science Center today at 3 p.m. to take questions.

Clover, the Cambridge-born, all-vegetarian, fast-casual brand, has earned national acclaim for its forward-thinking sourcing and menu development. Founder Ayr Muir, an MIT and Harvard MBA alum, said he was contacted by Impossible Foods to bring their product to New England, but admits he was skeptical about the Impossible Burger.

“Our goal at Clover is to help meat lovers become vegetable lovers. We do that through working with farmers to get you the most delicious vegetables,” he wrote in a note today on Clover’s website. “Like most of what we’re doing at Clover we’re cutting a new path… But I think this could be amazing, for us, for you, for Impossible, for the planet. So we’re diving in.”

The sandwich, priced at $12.95 before tax, will debut on Friday at Clover’s main Harvard Square location, and its outpost inside the Harvard University Science Center. If it’s a hit, it will land at the other locations in the future.