The South Shore beer scene continues to grow with this taproom on the Quincy line. 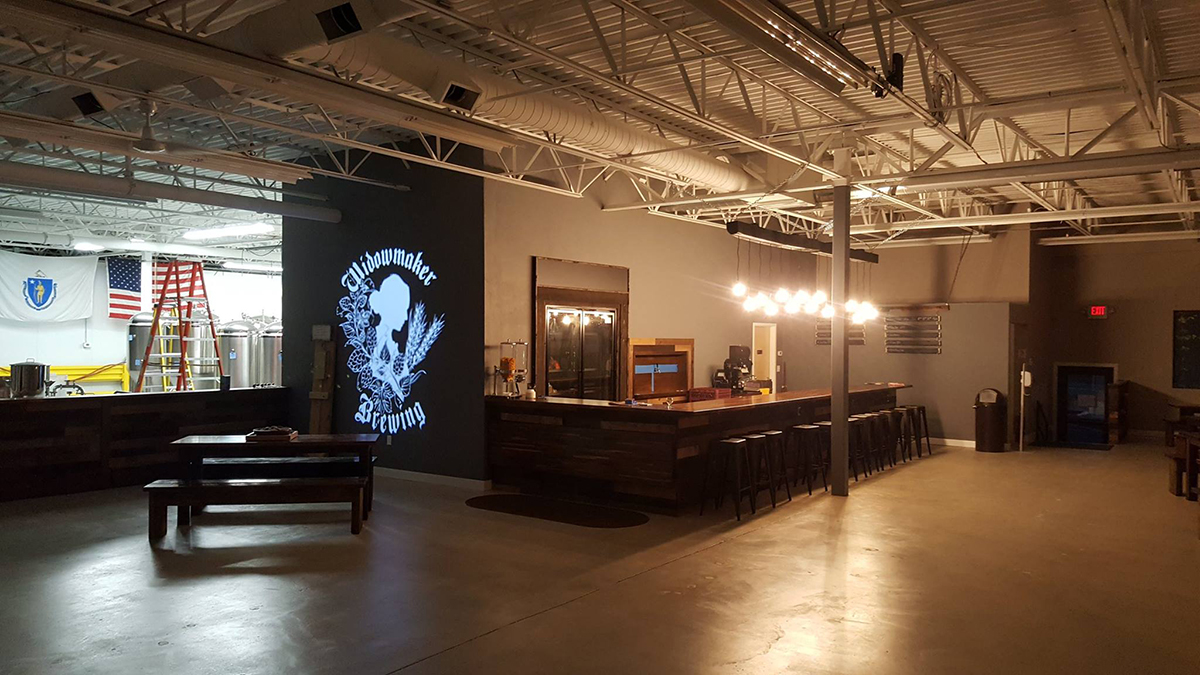 If you spent the summery weekend south of Boston, perhaps you had the first sips of the area’s newest local beer. Widowmaker Brewing debuted Saturday, September 23, pouring six different house beers on draft in its Braintree taproom.

Widowmaker reopened on Sunday with crowler fills, as well as a new Oktoberfest-style beer. The taproom hours pick up again Thursday-Sunday.

The new brewery is the work of longtime home-brewers Ryan Lavery and Colin Foley, and a third partner, Bud Lazaro. The trio told the Boston Globe earlier this summer that they picked the name on account of long hours spent away from their families developing recipes and a business plan.

Widowmaker has been in the works for more than a year, initially aiming to put down roots in the city of Quincy, as BostInno reported in 2016. The team found an 8,000-square foot space near the town line in Braintree, though, which they have built out with communal tables, a bar overlooking the production floor, and yard games inside. The taproom also has a 65-seat private room, which has its own bar, a 75-inch TV, and access to the taproom games.

Eventually, too, their beers will be available at some off-site accounts, says Lavery, but “nothing official yet. We wanted to make sure we had plenty of beer on hand for this past weekend,” he says, noting the taproom was at capacity with a line out the door Saturday. “We will have a few accounts as we go but we hope people want to come see our big space and have their first WMB beer with us.”

Another draw: The taproom offers complimentary Goldfish, pretzels, and other snacks. They sell Pearl hot dogs Pearl Hot dogs at two for $5, and food trucks will be regular visitors. Baby’s Bonetown BBQ and the Sausage Guy helped welcome Widowmaker to town this weekend, and Rice Burg is signed up to be there this Friday evening.

Widowmaker will be open Thursdays 3-7 p.m., Fridays 3-10 p.m., Saturdays noon-10 p.m., and Sundays noon-6 p.m. The brewery also has events on the horizon, including the South Shore Farmer Brew Fest in Bridgewater on October 8. Keep an eye on Widowmaker’s Facebook, Twitter, Instagram, and email newsletter to stay in the loop with the South Shore’s newest brewery. 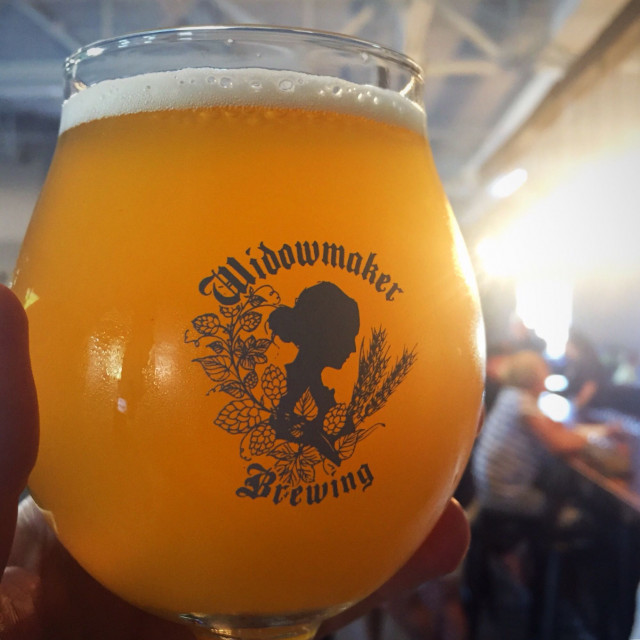 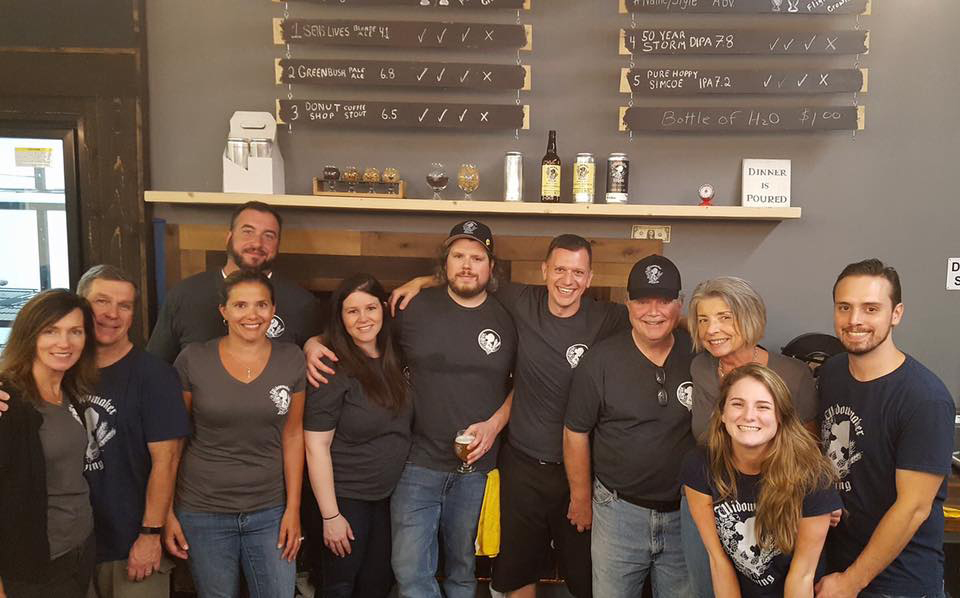