Magnolia Bakery Plans to Open at Faneuil Hall in December

The long-awaited, super famous cupcakery (with "all the bomb frosting") was announced last fall. 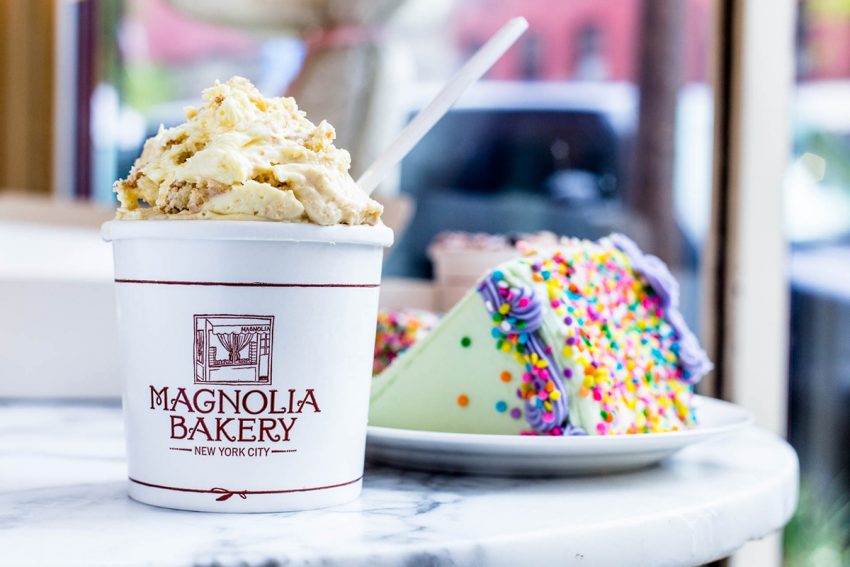 Winter in Boston isn’t all bad—besides an iconic Nutcracker production, skating at the Frog Pond, and a twinkling Comm Ave., we also have Magnolia Bakery to look forward to this December. The famous New York cupcake shop will open at Faneuil Hall by the end of the year, Eater Boston reports.

The exciting news that Magnolia would expand to Boston was announced around this time last year. The company opened in Manhattan in 1996, and got national recognition in the ’00s with a cameo on Sex and the City, and in one of the best Saturday Night Live digital shorts of all time.

Under current owners Steve and Tyra Abrams, it started expanding (and franchising) in 2008. The Boston location is a corporate outpost, not a franchise, Abrams told Eater.

“It’s a natural fit for us,” he said. “New York and Boston are similar cities in a lot of ways. We feel a real connection to Boston.” The location is exciting for the company, too, Abrams added: “Faneuil Hall is one of the most iconic places in the United States.”

Stay tuned for an opening date. Can’t wait until “all the bomb frosting,” to quote “Lazy Sunday,” is here in Boston? Magnolia does ship nationwide.