Get there early on Saturday for the soft opening—the bakers expect to sell out. 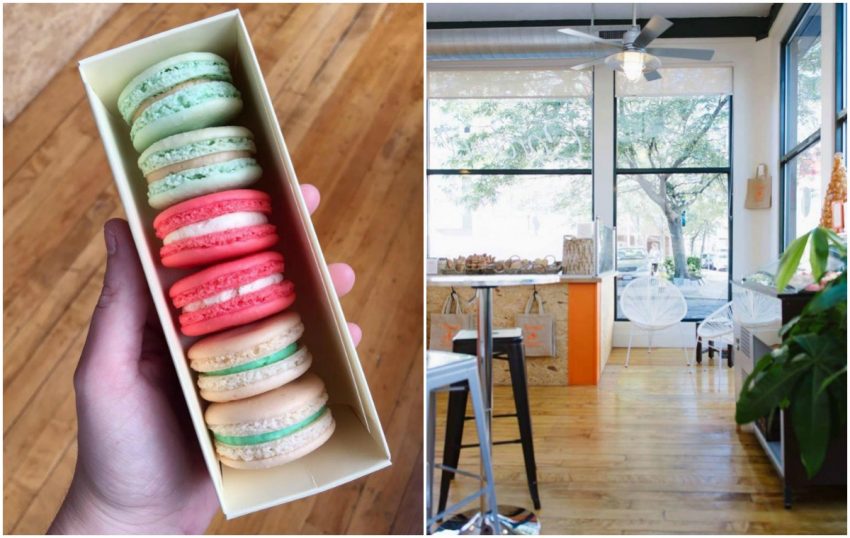 Macarons and Caramel French Patisserie in Salem. / Photos via Facebook used with permission

A sweet weekend idea: Get in line early at Davis Square’s newest bakeshop. Caramel French Patisserie will softly open the doors to its new shop in Somerville on Saturday morning.

But get there early, co-owner Sophie Vallier warns in the Facebook announcement—they’re likely to sell out of macarons, croissants, éclairs, kouign-amann, and other treats that have made this Salem-born company one of the hottest on the North Shore.

Vallier and her brother, chef Dimitri Vallier, are natives of southern France, and have been in the bakery business their whole lives. Dimitri is a pastry pro, with mentors like Paul Bocuse, Gaston Lenôtre, and Daniel Boulud on his resume; and Sophie handles the business side of things with experience in Boulud’s empire, as well as for the Michelin-starred chef Anne-Sophie Pic.

The Somerville shop is this generation of Valliers’ second endeavor. They will continue production up in Salem, and shuttle down baked goods fresh every day. The Davis Square location will offer the same, beloved menu.