Stuck in a Coffee Routine? Try a Rotating Roaster Program 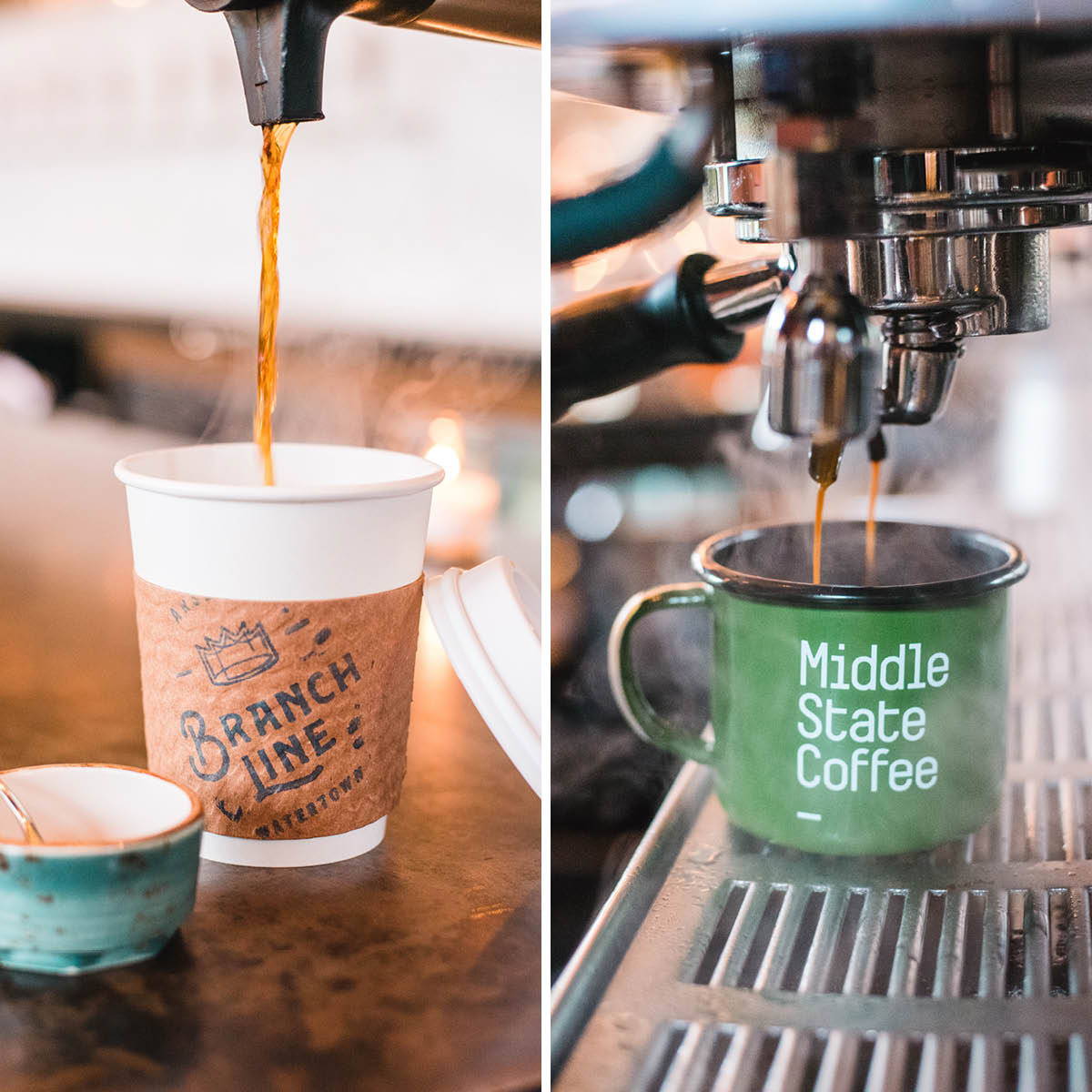 Get coffee to go at Branch Line, which is currently pulling Middle State Coffee out of Denver. / Photos by Emily Hagen

If she’s being honest, it would have been easier for general manager Deena Marlette to choose one coffee roaster to have on the menu at Branch Line. La Colombe, say, like the new Explorateur chose this year; or Gracenote, like Pagu has.

But owner Andrew Holden, a “big coffee fan,” according to Marlette, wanted the Watertown restaurant to offer a little more with its espresso program. They were going to have an exceptional beer program, little-known wines from Corsica and elsewhere in the Mediterranean, and even a focus on hard cider, after all.

“But [the bar program is] not too different from what other people are doing,” Marlette says. “In Watertown, you have Athena [Health], lots of tech companies, you’re going to get a lot of regulars. We wanted to do some different things for people to try.”

So, Marlette—who was once a breakfast server at Eastern Standard, but has no formal coffee training—set out to establish a guest coffee roaster program, which would bring in different roasters from all across the country for a couple months at a time. The program launched last fall, with Rising Star Coffee from Marlette’s hometown of Cleveland, Ohio.

But it turns out, coffee roasters typically prefer to be a restaurant’s only option. They will often provide the machinery, and train the staff with their own experts. Coffee roasters are also particular about a place’s water quality, and they want to ensure the house machine is properly calibrated to produce their best cup of joe. So it wasn’t an easy pitch, Marlette says.

But the Branch Line team persisted. The restaurant purchased its own La Marzocco espresso machine, and Marlette has done a ton of research and development to barista-train her entire staff. And it’s been so worth it, she says. 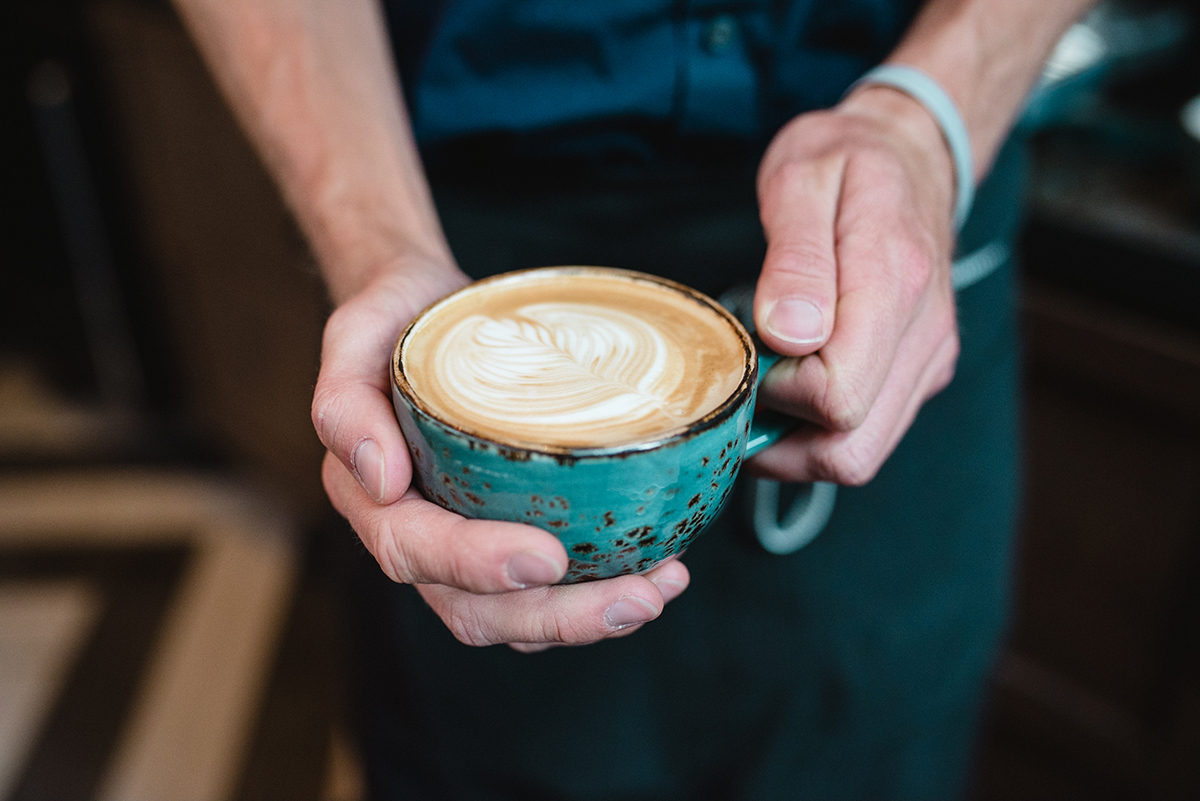 Coffee is “so often an afterthought [in restaurants], instead of making it an essential part of your meal or day,” she says. “It’s your mid-day cortado, or a cup to go after dinner. We make it something a little special.”

They’re not the only ones mixing up the espresso game. Holden was inspired by the program helmed by Lena Johnson at Loyal Nine. That Cambridge restaurant and café has a house roaster in Dark Matter, from Chicago, but they also have daily options from a rotating specialty roaster. Delaware’s Brandywine gives way to Sey Coffee out of Brooklyn in October, Johnson says.

Elsewhere in Cambridge, Hi-Rise Bread Co. has been rotating its coffee roasters for more than a decade. It was the first place to offer San Francisco pioneer Ritual east of the Mississippi, says owner René Becker. And 3 Little Figs, a small café off the beaten path in Somerville, always has a guest roaster alongside its primary Tandem Coffee from Portland, Maine.

But if you’re just in for your morning cup, 3 Little Figs “won’t overcomplicate things,” she says. “I’m definitely there to engage [interested people] and let them try tastes, but we don’t force it on everybody,” Pollock says. “But it’s a popular hobby right now.”

That means, also, that the coffee world is a lot to keep up with. Johnson and her team at Loyal Nine are always keeping an ear to the ground for what’s new, delicious, and exciting in coffee, she says, and they’re constantly sampling different roasts. Branch Line, too, hosts regular staff cuppings (tastings).

“Coffee is on the brink of becoming something even bigger. People are looking for that connection,” Marlette says, just like they are in the craft beer world, with natural wines, and with farm-to-table dining. “I have pictures of the farmers that literally cultivated our beans hanging [in the office]. That connection becomes even more important.”

And as anyone who drinks coffee already knows, the daily drink is already pretty crucial.